What Ever Happened to Hazel Scott?
This video essay tells the story of the extraordinary pianist and jazz vocalist, Hazel Scott.
20 mins
​
OldSoul
oldsoul@whgbetc.com​

She was 61 years old and survived by her son Adam Clayton Powell III.

She was buried at Flushing Cemetery in Queens, New York, near other musicians such as Louis Armstrong, Johnny Hodges, and Dizzy Gillespie (who died in 1993).

Log in
Similar threads
Black People : What ever happened to Tom Pope of the Tom Pope radio show?
Black Entertainment : What Ever Happened to Hip-Hop?
Black People : Ever wonder what happened to the dude that sang like Stevie Wonder in "School Daze"?
Black People Politics : What Ever Happened To Sherry Peel Jackson
Black People : What Ever Happened to the Black Agenda?
Black People : What ever Happened to Black Solidarity Day?
Black People : What ever Happened to Dr Neely Fuller and his Legacy?
Black People : What ever happened to Progressive Democrats??
Black Entertainment : What ever happened to Master Gee?
Black People : What ever happened to Anaksanamun?
The Front Porch : Becoming a father is the greatest responsibility a man will ever have.
Black Short Stories : "The Coldest Winter Ever: Life After Death"
Black Spirituality Religion : Freemasons Say They're Needed Now More Than Ever. So Why Are Their Ranks Dwindling?
Black People : AMANDA GORMAN - The nation's first-ever youth poet laureate
Black People : "Elijah Muhammad was the greatest psychologist that Black people ever created, bar none"
Black People : "Elijah Muhammad was the greatest psychologist that Black people ever created, bar none"
Black People : Will The Black Divine Beings Ever Rise Again?
Black Relationships : Have You Ever Had The Blues?
Black People : Will Black Afrikans Ever Become Serious About Black Afrikans Again???
Black People : Will It Ever Occur To Black Afrikan The Only Way To Change Our Living Status Is To Change The Mind Now Controlling Us?
Black Spirituality Religion : Have You Ever Wondered, "What Really Happens After Death?"
Black People : Do you or have you ever done a mood board?
Black Poetry : Is it ever enough?
Black People Politics : We need National Black Unity now more then ever!
Science and Technology : Snapchat's first-ever decline in users could be a sign of trouble
Black People : 2018 the hottest ever recorded on record until next year!
Science and Technology : Earliest Ever Homo Sapiens Discovered in Morocco Forces Major Rethink of Human Evolution
Black Poetry : itch for cake which state my mind drift clever but if ever I don't have plenty fun then //
Black Poetry : itch for cake which state my mind drift clever but if ever plenty fun but if anyone discover the rea
Beauty - Hair Care - Fashion : Model Who Was Bullied for Her Dark Skin Stars in Another Make Up For Ever Campaign
Black Money Business Jobs : New $100 Coin Features First-Ever African-American Lady Liberty
Black People Politics : clinton-gets-more-votes-than-any-candidate-ever
Black People Politics : now more than ever...
Black Entertainment : Black Film Critics: 2016 the Best Year Ever for African Americans in Cinema
Media: Tarhaka on The Ever Widening Gap between the Rich and the Poor in America Production 1 1
Black People : Now that Prince is dead, everything he ever made is on Itunes.
Black Positive People : 10-Year-Old Explains Wealth Inequality in the Justice System Better Than You Ever Could
Black Poetry : All i ever wanted!
Black People : Is anyone ever ready?
Black Relationships : Men: What is the most romantic thing a woman has ever done for you?
Black Money Business Jobs : First Ever Book to Reveal 1,000+ Current Job Openings For African Americans That Pay $65K - $100K
Black Parenting : 1st Ever Monthly Subscription Box Curated to Teach Children About Black History & African Geogra
OldSoul : NATE PARKER MAKES HISTORY AT SUNDANCE AS “BIRTH OF A NATION” EARNS LARGEST FESTIVAL DEAL EVER
Black Sports : Candace Hill - Meet The 16 Year Old Who Just Became U.S.’s Fastest Girl Ever
Black People : President Obama’s Favorite Song Choice of 2015 Is The Blackest Thing We’ve Ever Heard This Week
Black Relationships : Can Women And Men Ever Be Equal?
Black People : Goodnight Don't Let The Bed Bugs Bite ... Have you ever seen a bed bug in real life?
Law Forum : George Junius Stinney Jr. At 14 The Youngest Ever To Be Exicuted In The US.
Black Positive People : Youngest entrepreneur to ever open the NASDAQ.
Black Positive People : Adam Kirby, 2, becomes Youngest Ever to Join Genius Club Mensa
Share:
Facebook Twitter Reddit Pinterest Tumblr WhatsApp Email Share Link 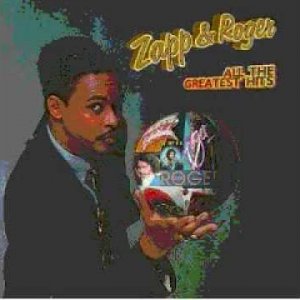