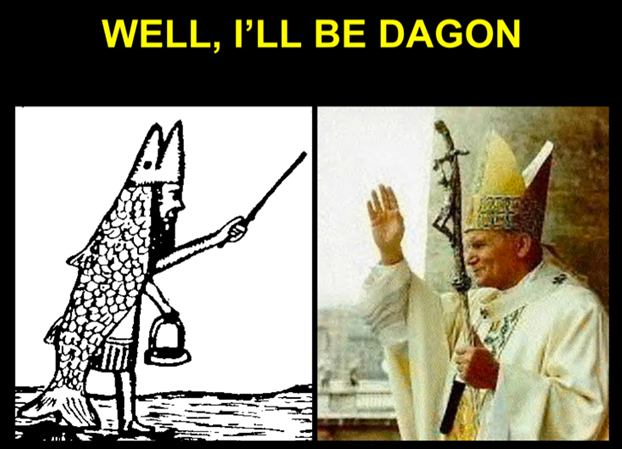 It seems that the copycat evolution of the Pope's mitre goes a little something like this:

Page 155
A New order of the Ages: Volume One: A Metaphysical Blueprint of Reality and An Exposé On Powerful Reptilian/Aryan Bloodlines
--Colin Robert Bowling
Bloomington, IN 47403: iUniverse (2011)


"...Another symbol of the Christian church and Jesus is the fish. Many people put the Jesus fish on the back of their cars ...with little idea of what it really means. The fish does not represent Jesus, it represents the constellation of Pisces. In 2005 an ancient church was discovered buried under prison ground in Uriah Israel a large mosaic tiled the floor and depicted was two fish, facing opposite directions and stacked on top of each other. This two fish pictured is classic representation of the age of Pisces. In the Bible, Jesus comes across two fisherman and says 'Come and I will make you fishers of men,' and later feeds an entire crowd of people with a few loaves of bread and two fish. Eventually the fish would come to represent Jesus, the god of the Christian religion.

Predating Jesus, however, the Dagon was the Piscean fish God. The Catholic Pope does not represet Jesus, he represents Dagon, In fact, the mitre he wears is shaped like a fish and is the official fedora of the Dagon..."

Very well! Thank you, this was a topic of discussion among a group seminarians. And I must say it was quite interesting. 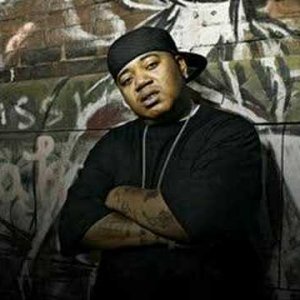