I raised up my hands, in a placatory manner, as if in surrender, suing through my eyes, words and stance for peace, forgiveness. Whatever.

But he was having none of that.

He landed a powerful punch on me that sent me flying across the room, barely missing the wardrobe.

"You call yourself my brother, yet stab me painfully in the back!" he screamed at me. "I have the mind to kill you here and now! You don't deserve to live!" he threatened, a menacing look on his face, his eyes shooting daggers at me.

I rubbed my face where the blow had landed, noting the blood on my hand, oozing out of a cut on my cheek.

My injuries were the least of my worries. Vinny scared the **** out of me, with the crazy look in his eyes as if he really wanted to carry out his threat of killing me.

Our parents had gone out and apart from Jossy, our youngest sister, who was downstairs watching TV, we were alone in the house.

Vinny was not naturally violent but who knew what a man could do who had been double crossed in love as I had done to him.

I had stolen his fiancé afterall! What man would take that lying down?

But I was not ready to go down without a fight. I was too young to join my ancestors yet so I chose the path of negotiation, appealing to his brotherly love and affection for me.

I knelt down and in a supplicating manner, said:

"Vinny, don't do this! Remember I'm your only brother! I'm sorry for what I did to you, taking Ibiere from you but please consider our parents, our mother! What'll happen to them all if you kill me?"

The menacing look was still there on his face, his mouth twisted in an angry manner, his right hand fisted up as if ready to throw another Mike Tyson-like punch at me that would send me to the great beyond...

Then his face relaxed and to my shock, he burst out laughing. He threw his head back, laughing uproariously.

Then pointing a finger at me, he stated, amidst laughter:

"My God! Do you know how ridiculous you look right now, Val! Ha ha ha!" he said, shaking with laughter.

"You remind me of when we were children and we've done something bad and Daddy's about to flog us! Ha ha! Too funny! I thought you were a great lover boy, irresistible to the ladies! But you are nothing but a frightened little punk! A little threat from me and you are almost peeing in your pants! Where's my phone? I need to take a picture and post it on Facebook! Ha ha!"

I looked at him warily, wondering what was going on. One minute, he was about to kill me in anger, the next he was almost rolling on the ground with laughter.

What's he up to now, I thought, confused.

Then he walked up to me, offered his hand and raised me to my feet.

He punched me playfully on the shoulder and said, an amused look in his eyes:

"Relax, man! Stop looking so scared and guilty! Did you really think I would kill you? My own brother? Am I crazy or what?" he said.

I shook my head.

"Seriously, Vinny, I don't really know what to think. You looked so angry, I was really scared for my life!" I said, feeling a bit relieved that my life was safe, at least for now.

"I'm no maniac. So, why would I spill my own brother's blood over a woman, no matter how much I loved her? No way!" he explained. "Come, let's sit down and talk like men!"

We talked and what Vinny said increased my regard and love for him a hundredfold.

He knew I was attracted to Ibiere right from the beginning, he said. But he thought it was just lustful desire of a young man for a desirable woman.

"Later," he said, "I noticed it was more than that, that you were genuinely in love with her. Worse, Ibiere seemed to have fallen for you. That was when I knew the game was up.

For much as I loved Ibiere, wanted her as my bride, I could not go ahead with the wedding knowing she was in love with you. It would cause problems in future. Wait, let me finish," he said when I was about saying something.

"So I waited. For both of you to pick up the courage and confess to me. But you preferred playing funny games behind my back. I knew about some of your dates including the recent one at the resort. That was in fact, the decider. I decided to confront you with it and give you the go ahead. To be with Ibiere," he said.

I looked at him in amazement. Was this for real? Vinny letting go of Ibiere for me?

He smiled a little.

"I see you're surprised, shocked even. But it's the truth. You're my kid brother; your happiness means more to me than anything including a woman. Ok. Ibiere is special, like a blooming flower. But flowers come and go. They bloom, wither and fade away. But family remains for ever like a mountain. So, why would I choose a flower that's transient, over you, my family?" he asked rhetorically.

I felt really touched and for a moment, I could not speak.

"Then say nothing. Just thank me for stepping aside for you, so you can be happy!" he noted, with a smile.

I simply grabbed and hugged him tightly, overcome with emotion, at his selflessness and sacrifice.

Later, something came to my mind.

"Why the beating then? And the threats?" I asked him.

"Ha! Did you think I would let go so easily without a fight?" he scoffed. "Besides, I wanted to scare you a bit and teach you a lesson. Anytime you see that mark on your face, it will act as a reminder and the need to stay off other people's property in future!" he added jocularly.

"You were so believable! You could act for a living, you know," I said.

"Yeah. Nollywood should watch out for the next big thing!" he cracked.

"But Vinny, I was just respecting you o, as my older brother. And the fact that I felt guilty for what I did to you. That was the reason I did not fight back. Did you really think you can defeat me in a fair fight?" I queried.

He jumped from the bed then.

"Look at this silly boy! You still have the guts to challenge me? Oya, bring it on! Let's see who will cry first," he said. And he began to shadow box me, making deft moves on his feet like amateur boxers in the ring.

I did the same and we played and fooled around for a while till we collapsed laughing on the floor...

Sometime after my arrival at the Murtala Muhammad International airport, my flight was announced. I picked up my bag and joined the queue to board the plane.

My phone rang just then.

It was Ibiere and she sounded upset.

"Val! Where are you? You can't do this to me! You can't leave me and go away like that! Please, baby, wait for me so we can sort things out..."

It was too late for that. My mind was made up.

As the plane taxied down the runway, preparatory to take off, I felt as if I was leaving a very vital part of me behind.

For just as my brother, Vinny had made the sacrifice by letting her go for my sake, I had to do the same.

I could not remain with her, knowing there could be problems between Vinny and I in the future. Ok, he had given his consent for us to be together. But what about the future?

The future was so unpredictable. So pregnant.

I could not face her. My resolve could weaken if I saw her one on one.

So, I sent her a mail that we could not be together. For the sake of my family peace, unity and cohesion, I had to make that sacrifice of letting her go, much as I loved her and being separated from her was like death itself.

It was just before I arrived at the airport to take the flight to Nairobi where I was going to spend my annual vacation with Abel, my cousin who worked with an international organisation there.

I needed the space and time to clear my head and get over her. I don't know how long it will take me to do that. But I have to try. Meeting and loving Ibiere was one of the best things that ever happened to me.

But it was a love that was not meant to be.

It was very painful but I had to extricate myself from the web of love she had woven round me. And round Vinny as well. Vinny was the first to let go.

Now, it was my turn.

For the family's sake.

For us, it was family over flowers.

interesting twist. like the way you cleaned that up.

Tnx for your comment..glad you enjoyed the story. Another story will b posted soon. All the best 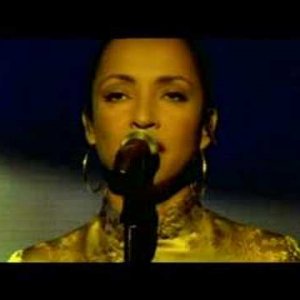