OldSoul : We will Time Travel Sunday - Consciousness Raising on BLOGTALKRADIO

"STONINGTON, November 3, 1793​
THESE certify, that VENTURE, a free negro man, aged about 69 years, and was, as we have ever understood, a native of Africa, and formerly a slave to Mr. James Mumford, of Fisher's-Island, in the state of New-York; who sold him to Mr. Thomas Stanton, 2d, of Stonington, in the state of Connecticut, and said Stanton sold said VENTURE to Col. Oliver Smith, of the aforesaid place. That said VENTURE hath sustained the character of a faithful servant, and that of a temperate, honest and industrious man, and being ever intent on obtaining his freedom, he was indulged by his masters after the ordinary labour on the days of his servitude, to improve the nights in fishing and other employments to his own emolument, in which time he procured so much money as to purchase his freedom from his late master Col. Smith; after which he took upon himself the name of VENTURE SMITH, and has since his freedom purchased a negro woman, called Meg, to whom he was previously married, and also his children who were slaves, and said VENTURE has since removed himself and family to the town of East-Haddam, in this state, where he hath purchased lands on which he hath built a house, and there taken up his abode."​
​ 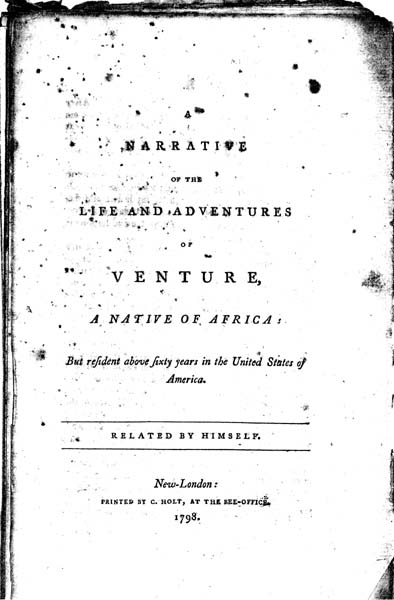 The full book is available on project gutenberg: http://www.gutenberg.org/ebooks/10075 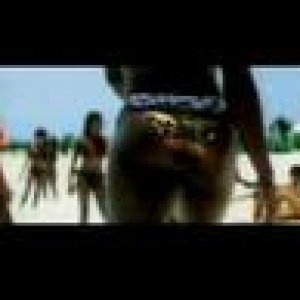