Black Parenting : We need a muppet to teach OUR children to love their hair?

river said:
I'm not mad atcha. I agree that we should teach our children our heritage. I also agree with sista cherryblossom that the names and numbers you provided will best be used to encourage the writers to depict the Black muppets in a positive light

Why you confused? Because I said turn the tv off? We have to turn it off in order to teach but turning it off in my house is not going to keep my child from seeing it somewhere else where I a not there to explain what she is seeing. And like cherryblossom said there are a lot of Black parents who know no more about self love than their children do.

We are attacked on all sides so we can't fight on just one.
Click to expand...

I'm obviously not confused about turning off the tv, as i've stated above i've already pretty much done that exept for a game or two....

I'm confused because you agreed with my post about turning off the tv, which was just an extension of my initial post where you basically questioned my loyalty to my own people after knowing me for the past 4 years where i've never done or even come close to any such thing and have checked many who have done such! But you basically called me the enemy because i provided some names and addresses of the source. So instead of seeing another thread where people sit here and go back and forth about a perceived problem, they can stop waisting time and go directly to the source.

Contrary to popular belief i was not mad or outraged when i posted their info, just tired of seeing people complain about things as if there is nothing we can do about it.....so i provided what i thought was the proper outlet for them!

You say your not mad, but you questioned whose side i was on and then didn't even touch my response to you trying to clear things up?


Or was it my comment about Mcdonalds that ya'll didn't like..lol

Oh, i got it now, ya'll don't want to put the Big Macs down.....& oooohhhh that dollar menu be hookin' us up when the funds is low!

Be careful, that's not an M on the sign. Turn it 45 degrees to the right and they let you know what you're about to eat!

info-moetry said:
.. a muppet who has no hair, sporting a wig supposedly teaching our kids how to love their hair? Am i missing something? I have not seen the show, just the picture presented ...
Click to expand...

Do you still think the little girl muppet "has no hair" and is wearing a wig?

cherryblossom said:
Do you still think the little girl muppet "has no hair" and is wearing a wig?
Click to expand...

Anyway, the writer and his wife are WHITE Italians and they have an adopted daughter from Ethiopia as you probably know by now and she was playing with WHITE DOLLS WITH BLONDE HAIR when he got the idea for the song....

So again, is this white boy along with pbs/sesame street assuming that we don't teach our own children to love themselves? This is a direct slap in the face of every black parent.. After all this white boy and his wife are to blame for that young girl wanting long blonde hair because they are the one's who brought her those dolls in the first place, more than likely trying to show her what "true beauty" looks like!

No, it wasn't a "trick question." It was a sincere question.

I really did ponder what prompted your statement about "no hair/wig" when a picture of the muppet is in the first post of this thread.

No, you don't watch tv but the picture of the muppet and the song video has also been posted.---So, I wondered why you said the muppet had "no hair/wearing a wig?"


info-moetry said:
Anyway, the writer and his wife are WHITE Italians and they have an adopted daughter from Ethiopia as you probably know by now and she was playing with WHITE DOLLS WITH BLONDE HAIR when he got the idea for the song....

So again, is this white boy along with pbs/sesame street assuming that we don't teach our own children to love themselves? This is a direct slap in the face of every black parent.. After all this white boy and his wife are to blame for that young girl wanting long blonde hair because they are the one's who brought her those dolls in the first place, more than likely trying to show her what "true beauty" looks like!
Click to expand...

Yes, I was already aware of that fact/factor in this issue.

However, Black people also buy little Black girls White dolls as well, feeding and perpetuating the tacit/subconscious lesson that only White features are pretty....For a long time, little Black girls had no alternative to the White Barbie....And we already know the results of the "Doll Test" from the 1950s AND again recent years.

So, again I ask, how indignant can we truly be about this when many little Black girls think and feel the same way about their own natural hair?

How indignant can we be when, IN THEIR OWN ENVIRONMENTS, all our beautiful little girls see as an example of "beauty" is to have long (or short), smooth, silky hair like "Barbie?" ---Even when they DO happen to have a BLACK doll to play with, the doll still usually has "long, smooth/silky" hair like a White girl.

For a while, the "BRATZ" dolls were very popular with little girls; and these dolls are no better with the message they send little Black girls...They're nothing but trashy-looking/"ghetto-fabulous"/little "Miss Divas."---And THIS is what many of our little girls think being "PRETTY" is!

This is all they see from their own mothers and other female relatives.

All they see and hear about is WEAVE and fake nails and COLORED contacts and fake eyelashes and TATTOOS ---And by such, they are taught to think, "If I had those things, I'd be pretty too."

And many Black mothers have bought their daughters these Bratz dolls too!

So, again, HOW INDIGNANT CAN WE TRULY BE?

cherryblossom said:
Now, from my understanding the head writer who penned this song was inspired by his adopted daughter from Ethiopia who had bemoaned not having long, golden hair like her Barbie.

Now, yes, this company has "cleaned" them up some recently. The tag-line is that these dolls have a "passion for fashion"

But, of course, all of these Bratz dolls all look the same with the "almond-shaped/doe" eyes and the STUCK ON SWOLE lips a-la-Angelina Jolie but just with varying shades of skin color....

So what message do these dolls send to our little girls?

But, this VISUAL is what too many of them see everyday in their own lives, not just on tv from videos, but the very images they see from their own mothers and other Black women in their lives.

So, dress well and have some long weave and some colored contacts and (one day) YOU'LL be "pretty" like this too.

Why your Kids May Not Need Public School.
2 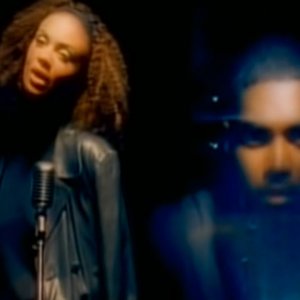