my son and I were just talking about this.. destructive technologies.. meaning technologies that threaten to radically change the way things are.. Cars that run on water was one of the ones we talked about.

the presenter used the phrase, " ..dictatorship of the knowledge of the world.. " Indeed. The Copyright system and the Patent system are both part of that.. they're about tracking and controlling information and innovation. You register something that threatens the Status Quo.. and they'll classify it.. and you. you will become an employee or you will disappear. But how can someone "own" an idea? And say, "no one else can extend my idea".. that's ridiculous.. But I also understand it. It has to do with Power.. and the preservation of power through maintenance of the status quo.

The Catholic church suppressed innovation in the same way modern governments do.. and for exactly the same reasons. it had very little to do with Christianity it had everything to do with the balance of power.. christianity was simply the vehicle of power of the day.. in the same way that capitalism is the vehicle of of power of today. From there.. we can speculate that the separation between church and state in America had to do with the desire to create new power system outside of the reach of, what I call, the Secular Monarchies of Europe and also outside of the Religious Monarchy of Rome. . anyway..

The Academy is also part of the system of control. If you're participating in an alternative fuel-source research project funded by Shell Oil company, you better understand that you will never change the world.. you will only increase the profits of that company.. that is the impact of capitalism as the vehicle of power.. Colleges act as a sort of honeypot for intellectually bright minds.. it lures them in then controls them. It's no wonder that the great inventions all happen outside of the academy system.

..getting back to the video.. Do you think it was evil of the government to confiscate and suppress the Water-cell invention? How should government handle revolutionary technologies that threaten the balance of power.. and wealth.. and influence in a world where your country reigns supreme?

I believe something like 90% of Nigeria's economy is derived from it's Oil production. What would happen to Nigeria if the oil market collapsed? And Russia.. and all the other Oil rich countries... and all the Oil rich companies?

skuderjaymes said:
I believe something like 90% of Nigeria's economy is derived from it's Oil production. What would happen to Nigeria if the oil market collapsed? And Russia.. and all the other Oil rich countries... and all the Oil rich companies?
Click to expand...


It would create a paradigm shift in the consciousness of the land and people in terms of ways to make wealth. With the oil business everyone is suffering in terms of hydro-fracking that's messing up the water as well as the land. When we consider marine and bird life, it starts to get a little deeper because we eat those. People do have a choice...we either work with nature or nature will work with us and we won't like it one bit.

Here's the deal....and this is my prophecy of the future if we don't handle these people now. I prophecy that the elite are frantically working on a way to know for a surety if life is sustainable in space. If it is without any peril to them, they are going to go...and when they do, the entire earth will be farmed to supply their needs without any fear of retaliation or recrimination from the lowly people on the planet who will be basically working to serve them.

If this comes to be, we may very well in the distant future be reading once again about; "And there was a war in heaven". The earth has been destroyed many times in the past only to be reborn again. The cycles of time reveal this as being true...and with those destructions we will once again read about ancient so called advanced civilizations which will include America this time around...just as it did with Lemuria and Atlantis and Sumer and others that are no longer here.

Right now I'm almost with emphasis on the word "ALMOST", willing to say that the eating of the forbidden fruit was the black man and woman cohabiting with white people since we do know that the eating of the fruit was indeed the sex act. The rest of the story I've already figured out. We were indeed flying in the past and there were indeed wars in the skies (heavens) that we were engaging in. There were indeed giants on the earth. The earth was one land mass which "Peleg" in the Bible was alive to witness as the continents began to separate. There was a global flood in about 11,500 b.c. as the ice began melting...even though it was not the first of such global floods, nor was it of the magnitude as given to us in the Bible....but I digress, so let me end this.

my only concern is that it would eventually use up all the water on this planet....
if i understand the premise correctly it splits up the hydrogen from the oxygen atoms....
and the hydrogen powers the cell...this might have dire consequences on a planet primarily composed of water....

and whose to say if this does work that these greedy dikheadz wouldn't start charging crazy @ss prices for water?

capitalism brings out the devil in mofos...

Black People Politics : Obama gives millions to Iraq, but Detroit residents have no water to bathe with??
3 4 5 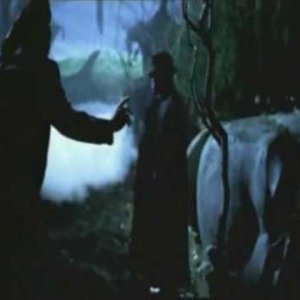