The Police : Watch: SC Police Officer Charged With Murder After Shooting Black Man in the Back

It was a familiar story: A white police officer claimed that he felt threatened, that a black man wrestled
with him for his weapon and that he had to shoot him in order to protect himself. But new video
showing North Charleston, S.C., Police Officer Michael T. Slager, 33, shooting Walter L. Scott, 50, in
the back as he fled turned Slager’s claim of self-defense into a murder charge.

Slager was arrested for murder after video acquired by the Post and Courier showed Slager
grappling with Scott after shooting the Navy veteran with his Taser. The stun gun then seems to fall to
the ground in the tussle. As Scott runs away from Slager, the officer draws his gun and fires eight
times, shooting the fleeing Scott in the back. The video then shows Slager ordering the dying man,
who has fallen to the ground, to put his hands behind his back before he handcuffs him. Slager then
walks back to where the Taser apparently fell, picks it up and plants it next to Scott’s lifeless body.

Democracy Now - "A white South Carolina police officer has been charged with murder after a video showed him shooting an apparently
unarmed African-American man who was running away. The killing happened Saturday morning after North Charleston police officer Michael Slager stopped Walter Scott
for a broken brake light. On the video, Slager is seen shooting at Scott eight times as he tries to flee. The North Charleston Police Department had initially defended Slager after
he said he feared for his life and claimed Scott had taken his taser weapon. But the video shows Slager shot Scott in the back at a distance of about 15 feet. The video also appears
to capture Slager planting an object next to Scott — possibly the taser gun. The video does not appear to show Scott in possession of the officer’s stun gun at any time. We are
joined by longtime South Carolina civil rights activist Kevin Alexander Gray, editor of the book "Killing Trayvons: An Anthology of American Violence.""
​

As s.c. activist -kevin a. gray put a light on, what about the cop's partner who showed up with the medical
gloves? Gray said the other cop co-signed on the killer's statement.

Law Forum : Watch Ramona Brant Walk Out Of Prison After 21 Years, Thanks To Clemency From President Obama

Law Forum : Cop Watch!!Time to put up or shut up 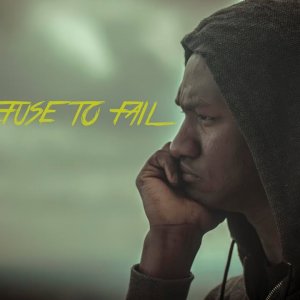