African American History
Why do African Americans celebrate “Night Watch Service?”
Knowledge is power, sometimes we get distracted on tradition without knowing the true meaning.

Many of you who live or grew up in Black communities in the United States have probably heard of "Watch Night Services," the gathering of the faithful in churches on New Year's Eve. But are you aware of its history? The service usually begins anywhere from 7 p.m. To 10 p.m. and ends at midnight with the entrance of the New Year.

Some folks come to church first, before going out to celebrate. For others, church is the only New Year's Eve event. Like many others, I always assumed that Watch Night Service was a fairly standard Christian religious service -- made a bit more Afro-Centric because that's what happens when elements of Christianity become linked with the Black Church . Still, it was obvious that predominately White Christian churches did not include Watch Night Service on their calendars, but focused instead on Christmas Eve programs... In fact, there were instances where clergy in mainline denominations wondered aloud about the propriety of African Americans linking a religious service to a secular holiday like New Year's Eve.

However, there is a reason for the importance of New Year's Eve services in African American congregations. The Watch Night Services in Black communities that we celebrate today can be traced back to gatherings across the South on December 31, 1862, known at that time as, "Freedom's Eve." On that night, Blacks came together in churches and private homes all across the nation, anxiously awaiting news that the Emancipation Proclamation had actually become law.
Then, at the stroke of midnight, it became January 1, 1863, and all slaves in the Confederate States were declared legally free. When the news was received, there were prayers, shouts and songs of joy throughout the South as people fell to their knees and thanked God.

Ever since, Black folks have traditionally gathered in churches annually on New Year's Eve, praising God for bringing us safely through another year, but many do not realize the historic value.
It's been 145 years since that first Freedom's Eve and many of us were never taught the African American history of the Watch Night Service, but tradition still brings us together at this time every year to celebrate "how we got over."

Pass this (e-mail) information on so we can educate more of our Family and Friends about our History!


The above is not quite true...


Is Snopes.com correct? Maybe so!


But even before 1862 and the possibility of a Presidential Emancipation, African people had gathered on New Year's Eve on plantations across the South. That is because many owners of enslaved Africans tallied up their business accounts on the first day of each new year.

Human property was sold along with land, furnishings and livestock to satisfy debts. Families and friends were separated. Often they never saw each other again in this earthly world. Thus coming together on December 31 might be the last time for enslaved and free Africans to be together with loved ones.

Black folks in North America have gathered annually on New Year's Eve since the earliest days, praising God for bringing us safely through another year and praying for the future. Certainly, those traditional gatherings were made even more poignant by the events of 1863 which brought freedom to the slaves and the Year of Jubilee.

Many generations have passed since and most of us were never taught the significance of gathering on New Year's Eve. Yet our traditions and faith still bring us together at the end of every years to celebrate once again, "how we got over."

Just further testament of how much we just don't know, how much we've lost of our past generations.

As to this particular tradition, no matter its historical origin, its observance is still one of reflection, introspection and hopeful change and growth.

No matter its origin, IMO, it's still a good thing. 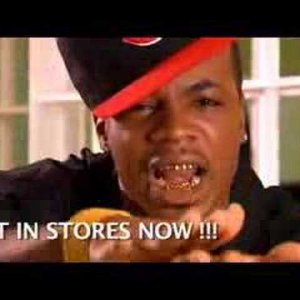