In Washington DC, the city council is due to make a decision shortly on whether to give an official name to a part of the city commonly known as "Little Ethiopia".

In the past few years, immigrants from that African country have bought property and set up businesses in what was previously a neglected part of the US capital. But not everyone is happy with the proposal.

Andrew Laurence, head of the Ethiopian American cultural centre, is my unofficial guide to the area.

As we thread our way through a stretch of shops and restaurants, with names such as Etete and Feker Sound, he tells me of the deep cultural links between the land of his Irish-American mother and that of his Ethiopian father.

"When the African-Americans would read in the Bible about Ethiopia, they would say: 'Well that's us, that's Africa.' They were able to use that to inspire them throughout the whole period of slavery."

And now this community is hoping these links will be formally recognised. The DC city council is considering a proposal to give this area an official title, such as Little Ethiopia.

Mr Laurence is involved in the lobbying, and in the bars and restaurants we enter, the smell of doro wat chicken stew mingles with a sense of expectation.

"It's so important for us, like the Chinese or the Koreans, to have our own little village, or little area, so that we can be proud of ourselves. We want to show the Americans our culture and traditions," says Mr Laurence.
Click to expand...

Hey, if there is chinatown, why not? But I think it will get fierce opposition from whites, given that it kind of awakens them to the fact that black immigrants are coming in. Possible backlash, may be they might tighten entry for black immigrants more than it is already. Interesting to see what happens

militant said:
Hey, if there is chinatown, why not? But I think it will get fierce opposition from whites, given that it kind of awakens them to the fact that black immigrants are coming in. Possible backlash, may be they might tighten entry for black immigrants more than it is already. Interesting to see what happens

Not necessarily, the Ethiopian population of DC is pretty powerful. Essentially all we are talking about is an official name, for all intents and purposes....this area of DC is "little" Ethiopia regardless of the name.
A

Little Ethiopia: How it happened
by Azeb Tadesse & Meron Ahadu
A perspective from the people behind the idea

By now, most people have heard of Little Ethiopia in Los Angeles, a place named for its unique ability to put forward a serving of Ethiopia. Along with the news, there have been many speculations on how this event came about and what it took to visibly acknowledge the essence of the area. As with most things in this world, Little Ethiopia began as a notion. Over a 10-year period, a number of Ethiopian restaurants and specialty store businesses slowly began to relocate to a strip on Fairfax Avenue. The neighborhood was soon transformed from an abandoned boarded up drive-by strip into a hub for community life, buzzing with colors, aroma, and affability of Ethiopian’s ancestral home. As years passed, Ethiopians and Angelinos began to label the area as “Little Addis”, “Little Ethiopia”, and “Ethiopian Restaurant Row”.

The notion began to take hold after PBS aired a segment of Huell Howeser’s popular “Our Neighborhood” show entitled “Little Ethiopia”. Meron Ahadu, co-author of this article, was the tour guide for that segment and the show got its title from the fact that the strip offered visitors a slice of Ethiopia.

The chain of events that led to the fruition of Little Ethiopia began when Meron Ahadu and Tirsit Asrat organized a fundraising for Congressman Mervyn Dymally, who played a key role in the mid 80’s in helping Ethiopians get amnesty. At the time, he was running for a seat in the California State Assembly. Unfortunately, the turnout by the Ethiopian community was disappointing. Nonetheless, it was at this event that the idea of Little Ethiopia was put forth and the Congressman pledged his support.

Five women came together to plan another benefit for the Congressman with a goal to get better participation from the Ethiopian community. It was at this time that the need became apparent to form a non-partisan organization that stood for an increased involvement of the Ethiopian community in the U.S. democratic process. Hence, the Ethiopian-American Advocacy Group (EAAG) was established. In addition to raising funds for Congressman Dymally, the function held on July 26, 2002 was the launching ceremony of EAAG. Various city and state officials attended this highly successful event. One of the short- term projects presented at this occasion was Little Ethiopia and it won the support of Herb Wesson, Speaker of the House for the California State Assembly, and Councilman Nate Holden of District 10, where Little Ethiopia was proposed to be located.

On August 7, 2002, the motion to name Little Ethiopia was presented to the Los Angeles City Council. Consequently, as a result of aggressive lobbying of several political personalities by EAAG members, the City Council voted unanimously to designate the area on Fairfax Avenue, between Olympic and Pico, as Little Ethiopia. The enormous support and candid enthusiasm of the City Council members and the larger Ethiopian community came as a pleasant surprise to many, even to those who worked on the project. A highly successful street festival organized by the community followed on November 24, 2002, to inaugurate the area as Little Ethiopia. A one-block stretch of Fairfax was closed to through traffic for a street festival featuring children’s village, cultural dance and music, fashion show and contemporary Ethiopian music. Approximately 5,000 people attended the festival from all walks of life and congratulations were received from around the globe. City officials and community leaders unveiled the sign designating the place as Little Ethiopia and thus the area was renamed bearing Ethiopia’s name.

This event was truly significant in many respects; firstly, this was the first time in the entire history of the United States that a city has recognized an African country by naming an area after it. Secondly, Little Ethiopia is the only place outside of Ethiopia that bears the name of the motherland. As one drives through the area, it is difficult to ignore the official sign designating the area. In that respect, it indicates that Ethiopians have arrived, are here to stay, and have stood up to be counted as vibrant members of the City of Los Angeles. Finally, yet importantly, this is a legacy for the next generation of Ethiopian-Americans. They will not be burdened with the task of establishing their identity but will have a footnote in the history books to refer to as they strengthen and build their presence in the U.S. and aboard.

It is quite overwhelming to realize that a deed at the local level should have such a universal significance. However, this only bears witness to the importance of engaging one’s surrounding, and begs the question: what can be accomplished if we focus on our commonality by setting aside our differences? What could the 65,000 Ethiopians in Southern California do if they join forces? How about the more than 500,000 Ethiopians in the U.S.? Better yet, what could a coalition of a couple of million African immigrants accomplish? EAAG hopes we will find out in our lifetime.
Click to expand... 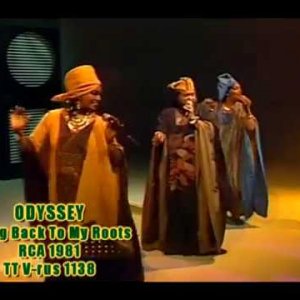