Rwanda : Was the Genocide in Rwanda; Tribal, Racial or Religious?

Ankhur said:
you say made to believe, therefore what is the real story and who has it

And as far as Watutsi as we remeber that tribe as children in the 60s from black history class, the main feature about them we were told is that they were mostly Wilt Chamberlands hieght

as far as complexion, all of the picture we saw of Watusi's in our books , they were the complexion of Curtis Mayfield

Now you mention the white man to blame

no white man can control hundreds of thousands of Black folks to go against thier basic common sense and morality,

especialy not 50 years after the liberation struggle from European colonization

and what is not clear is that here are these 2 groups of peopel, to the average black American look like husband and wife, father and son, sistere and sister, aunt and uncle

and both opressed by the same white man

no matter how much extra scraps one gets from the table then the other, but both catching the same hell


and when this white man leaves, there is some "mechanism that forces them to still dawg thier own people rather then unite?

I dont get it?

here we battle each other and fratricide and hate becuase

we do not have our own language or any aspect whatsoever of our culture, that is why some small aspect of it like the Nguzo Saba would aleviate that


but where folks not only have the advantage of their language and thier culture,

and the additional Blessing of being on their ancestral soil which gives a people power, why the hate?
Click to expand...

By the fifteenth century the inhabitants had organized into a number of kingdoms. In the nineteenth century, Mwami (king) Rwabugiri of the Kingdom of Rwanda conducted a decades-long process of military conquest and administrative consolidation that resulted in a the kingdom coming to control most of what is now Rwanda. The colonial powers, first Germany and then Belgium, allied with the Rwandan court, allowing it to conquer the remaining autonomous kingdoms along its borders and racializing the system of minority Tutsi dominance created under Rwabugiri.

A convergence of anti-colonial, and anti-Tutsi sentiment resulted in Belgium granting national independence in 1961.http://en.wikipedia.org/wiki/History_of_Rwanda


The Genocide occured over 30 years later,

so realy what whites were there to cause these folks who look like family to all of a sudden start this on each other?

If a man and his cousin are both drunk and having a heated arguement, and a stranger comes by, that doesnt look like them, doesnt talk like them, but puts a gun in one man's hand

From my limited knowledge on the subject (talks with people from the area/neighbouring counry and books), it is rather clear that the genocide was 'tribal'. It was at least made to look that way.

As history would have it, the Bantu people (see: Ba-Hutu) were the majority for a good while in the area we today call Burundi and Rwanda. There were other groups there who also belong to Bantu group, but they were minorities in that area. At some point, another Bantu group people (see: Ba-Tutsi, who some claim were at one point Nilotic prior to integraton, modern science refutes this) entered the fray and brought with them the pastoral/cattle rearing lifestyle.

This lifestyle gave them an unprecedented access to power, (they would sell cattle, negotiate loans etc), financially and what-not. Thus began the fight for power, largely non-violent I assume. The ba-Hutu majority were mostly agricultural, so apparently they had less leverage.

Around this point, when the ba-Tutsi had the upper hand in terms of finance (as far as I can remember, there were minimal conflicts and it was just co-existence, but I am not ruling out that some Hutus and Tutsi were p_issed o_ff at each other for whatever reasons), the white man comes along. From there, it's a short tale.

White man and his primitive/corrupted/manipulative mind instantly saw the ba-Tutsi, who some claim are lighter in complexion and have features that are akin to the european (not by a long shot, seriously) and decided they were more 'elegant, graceful and intelligent' (likely based on their financial upper hand, you know how crackuhz do) and therefore superior in every way to the primitive ba-Hutu.

Soon, the ba-Hutu were seen as docile and subservient, very dumb and not capable of civilization (typical Afrikan, says the white man). Although this is not documented, we can guess that the whites favored the ba-Tutsi (quicker to assimilate white values? see: Igbo) and played on whatever schism was there from before. Tutsis became arrogant, Hutus became angry.

Shortly thereafter, whites would leave the land, and also leave the Tutsis in power. Important to note here is how the colonizers/whites had forced their own laws and policies on the countries they colonized, so that despite ancestral and historical land ownership, Tutsis, who were now majority in the government (despite being the overall minority), therefore could use the laws and politics of the whites to justify suddenly getting the best land (top soil etc) and also having the power to -lend- land to Hutus who needed work.

Hutus were also, as the story goes, mostly seen as slaves/inferior or something like that (class issue) and were kept as maids, servants etc. While ba-Tutsi were in positions of power, again, due to the white man appointing them.

Naturally, this bred hostility and soon the killings began. Today, both sides blame each other (because Hutus killed more Tutsis in one country, and Tutsis killed more Hutus in the other).

That is a brief, inaccurate and general account of the genocide in Burundi and Rwanda (same ethnic groups, only difference is that in one country the Hutu is the majority, and in the other the Tutsi is).

Might a Brother ask what led you to ask this question?

Also, I can recommend some books on the subject if you are interested. White written though.

Whatever it was the Europeans instigated it! Read "Left To Tell", a Sista who survived the tragedy set the record straight! She told how the whites, Germans and Belgians,, played the Afrikans off against each other!!!

Neither! It was class warfare instigated by the Belgians and Germans!

A
Rwanda : Rwanda: France Played an Active Role in 1994 Genocide 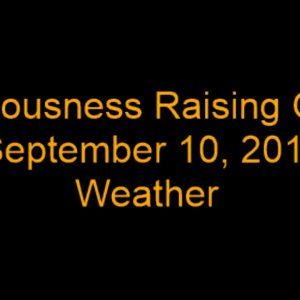