Was Bin Laden A Double Agent For The West??? Juan William?

Keep sharing The Divine Truth And Maybe, Just Maybe Somebody Black Might Hear You!!!

Did Bin Laden ever admit to having his orders involved in the 911 incident, because if he did, then the subject question is a valid one and in this information, I will share with you, it will highlight the hypocrites in the Religious world, be they Christians, Jewish or Muslim.

In order to appreciate what I am about to share with you concerning the 911 incident and all of the controversy it seem to generate by Americans, then you will have to shed your believing cap and put on a Divine cap.

Because only by the use of your Divine Mind will you be qualified to Divinely reason the truth about 911, and the psychology that was behind it, which was to get Americans and the rest of the world to believe that what was told took place really happened the exact same way it was told to you what happen.

So today, the Americans remain a fool by remaining to believe that Muslim in airplanes were responsible for the 911 happening.

A Divine Mind see and not look at things, it reason, rationalize, and logistically pursue to know the Divine Truth about everything that affect the Body life.

So beloved, if Bin Laden really was admitting to ordering the 911 hit, then Bin Laden was a great war strategist or is a double agent for the western world, and I can see him being both.

Here is why, let us say that Bin Laden was more surprised as we in America were, when the Twin Towers and a Third Building in close proximity went down, and when heard of, or there was Previous- developed plan for Bin Laden to admit to being in charge of that 911 operation, he gladly accepted to being the driving force behind 911.

It also could harbor a false positive claim by Muslim authorities who have Arab Muslims believe that they fight to protect their honor and family.

So, what you have is a lie being used to convince the world of a certain Class status, that extremist Muslims were responsible for the 911 incident and nothing can be further from the Divine Truth than that.

So, when it come to be made to be a fool and an idiot, you now find people of all kind and political and religious persuasion, believing what the expert liars have gotten most of the world to believe, which is what has been told to be the cause of the 911 incident.

Today, here you have the Juan William controversy, he having made a foolish and idiotic statement concerning Muslims and 911, when Muslims had nothing to do with destroying the Twin Towers and all else that happened on the day that the twin towers came tumbling down in control demolition fashion, building imploding instead of exploding.

So no, I can not have sympathy for none of the Juan William that make statements to the, not fact, but belief, that Muslim of any kind destroyed the Twin Towers and all else that was destroyed on 9, 11, 2001.

There has never been introduced any definitive proof that the perpetrators of 911 were in fact Muslims, and I have often shared with you that White Folks Lie, as they did on 911.

So, the reason being given about why a Mosque should not be built in the vicinity of so call Ground Zero is a bogus one, charging Members of the Religion of Islam being responsible for the great disaster that took place on 911.

So you see, the more that they fake Bin Laden being alive today, the more it is verified that Muslims did not take part in the disaster that took place on 911.

So, not only is America George Bush and the likes of, including Obama, all is a liar when making claim that Muslims, passive or freedom fighters, was and is responsible for the taking down of the Twin Towers, the third building, the airplane in Pennsylvania and the attack on the Pentagon building, all such an incident was not done by Muslims.

So Juan William statement is a statement of belief and not Divine Thought, because if it had been with a Mind that Divinely Think, then the paranoid of Juan William concerning people dressed in their Islamic attire would not be.

There is no facts that support the claim about what happen on 911, and by whom.

Yet you have Christian and Muslim alike lying about who is responsible for the 911 incident, which prompt me to ask the question, could Bin Laden had been a double agent for western world in America?

The World is a hypocrite, not having the interest enough to Demand a Discussion with facts to be presented to prove once and for all that Muslim so call extremist caused the 911 incident. 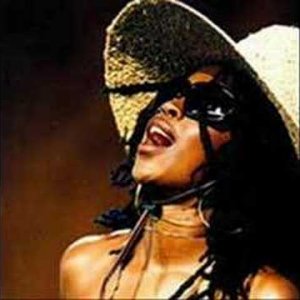