Used to listen to this brotha a lot on the radio. Didn't know what happened to
him until I stumbled along this interview he had with boyce watkins.

Thanks for posting this. I knew he was supposed to be sentenced Jan 21st, but I heard nothing about the sentencing on that day, and I searched the web quite a few times since then. After I finally got me a tweet account, which was a few months after the sentencing, I read his tweets, and he never sounded like he was in jail. So I sort of knew he was okay, but I still wasn't completely sure if they just rescheduled the sentencing. It's good to know the judge decided not to send him to jail. But he still got 3 years probation and a $140,000 fine.

I always knew he was innocent, but it was messed up how so many turned their backs on him, from the popular to the average person. I've seen this happen to OJ, and I see it now happening to Bill Cosby. 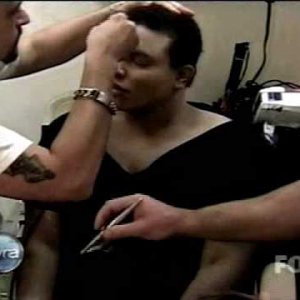