Orisons and SouthsideIrish ... i heard you guys have hijacked and disrupted this thread.

Certainly wasn't my goal, in fact I put 2 people on ignore because in this thread they were continuesly driving away from the main topic and I was tired of addressing the side topic.

[QUOTE="Destee, post: 935718, member: 1" Orisons and SouthsideIrish ... i heard you guys have hijacked and disrupted this thread.

Destee/QUOTE] YOU and I KNOW that you stepped in/shut the THREAD CLOSER thread that I started with all the the posts that I've sent to various individuals on this site that they were obviously too easily factually, spiritually and intellectually challenged to respond to; aren't these folk [below] STRUGGLING in a similar manner, which is MY FAULT how exactly?

Isn't the BIG PROBLEM the consistently CLUELESS have with this medium the fact that just like in the boxing ring you can run but you cant hide from REALITY [which is a fast oncoming train, isn't it better to rationally evaluate if you're safely on the platform as opposed standing between or on the rails]?

[QUOTE="workingwhiteman, post: 935331, member: 38515" American Indians have over 50 million acres of land in this country, they more or less govern themselves and pay no state or sales tax on their land, while still recieving huge money from the goverment.

So someone taking over your palatial mansion where you could live anywhere you choose, do whatever you want only to subsequently place you in the smallest/unwanted room/toilet while throwing you their scraps of food and drink would make for a lifestyle a formerly sovereign genuinely FREE people would want to live, would it, or are you just being facetious?

[QUOTE="SouthsideIrish, post: 935345, member: 38515" You are wrong they can live anywhere they choose. 50 million acres to self govern, pay less taxes and receive the same services being compared to a toliet just isn't a fair comparison.

Anyways this arguement for me was never about native Americans, it was about illegal aliens. I am not gonna run too far with anyone with this Indian crap because frankly I just don't give **** about Indians./QUOTE] You guys would be FUNNY if you weren’t so very very SAD/MAD so totally upset about “illegal aliens” when your very presence in the America’s is fundamentally profoundly “Alien” isn’t it, in that is there any chance of getting YOU and all the other PALEFACES who have so completely overrun, INVADED the Americas, Australasia and even parts of Africa to ALL return to your various European nations, leave the rest of the human family alone as opposed to continuing to be easily the most debilitating CANCER/PLAGE to EVER afflict both humanity and Gaia?

[QUOTE="SouthsideIrish, post: 935427, member: 38515" 5% of the "palefaces" here have bloodlines that date back to the time you mention. And even those 5% don't have a **** thing to do with it. The sheer notion of blaming 100% of a certain kind of people for the actions of 5% of their grandfathers fathers, fathers , fathers, father is insane.

The bill on these people is well over 100,000,000,000 per year. And they are taking work and slowing down kids in school as many depend on the school system to teach their kids English.

It's an very serious problem. People need to get their head out of their rear end and start looking at the future in this country instead of crying about what happened 400-500 years ago.

Folks can cry all they want, but it ain't changing.

Its almost like some need some medication to have the ability to clearly look forward instead of dwelling on crap that happened 400 years before they were born./QUOTE] Can we take this [above] as a very very obvious NO with regard to you and the rest of the plague of literally MAD [MUTANT ALBINO DEFECTIVES, isn’t melanin deficiency the Creator’s CURSE] correcting your “illegal alien” status worldwide any time soon by simply ALL returning to Europe, leave the rest of humanity [who haven’t been totally eradicated like the indigenous inhabitants of the Carribbean, many other regions of the Americas and ALL the Tazmanians] to live comfortably in the comparative peace and security WE enjoyed before your uninvited arrival?

[QUOTE="chuck, post: 935444, member: 2880" I already put orisons on my ignore list.../QUOTE]
As do ALL the other TROLLS/INTERNET BATTERING RAMS, don't they/who post their so easily factually and intellectually challenged GARBAGE on this website/attempt to steer/derail/block our ongoing focus on stopping the ongoing AFRICAN HOLOCAUST continuing to be WHAT IS in the 21st century?

God bless those who have their mind so wrapped up in history that they ignore the present and future. /QUOTE] In the context of YOU and your ilk so constantly whinging about Immigration to the USA, Canada, Australia and all of the other countries created by the European collective's ongoing onslaught on the rest of Humanity; can you really blame US [non-whites generally, people of African ethnicity specifically] for dreaming of the situation just 550 years ago when ALL the Europeans were in Europe [we managed to live comfortably and securely back then and WE could still manage NOW]?

Is it really a revelation to YOU that the rest of the Human Family [those that managed to at least survive] truly wished that you'd ALL stayed there/in Europe as opposed to creating the current so very obviously fundamentally warped Euro-centric paradigm desecrating and decimating this planet?
[QUOTE="SouthsideIrish, post: 935533, member: 38515" They have been given aid in the amount of billions of dollars, you still have Africans enslaving Africans today and I'm getting grief about what palefaces did 500 years ago.

Can anyone tell me if their are immigration laws to move to Africa?

Can you just show up one day in a boat and be accepted, or do they require a permanent residency permit which must be reviewed and accepted?

Would it be legal for me to dig a tunnel to Mexico and just pop out of the ground and live there? No documention, or Visa? /QUOTE] Is there a specific reason why you are not addressing assertions/ answering questions in the so direct manner possible with this medium, as opposed to posting your own so very inane [or are you genuinely unaware of the fact that Africa like America is a continent as opposed to a single country like the USA] questions above?

hate is not the opposite of love, indifference is. yall telling on yourselves. /QUOTE] We KNOW he's just TROLLING as highlighted by his ongoing failure to address assertions/answer questions in the so direct manner possible with this medium, but what is YOUR PROBLEM James with us utilizing his own anti-non-whites/"illegal aliens" retaking the USA posts to highlight/hit him on the head with his and all of the European collective's so very obvious EVIL ALIEN INVADER/murderous thieves/conquerers status worldwide? WELL?

[QUOTE="jamesfrmphilly, post: 935578, member: 4688" Trump is a criminal nazi....../QUOTE] Who should have just been totally ignored by those Black Pastors, in fact isn’t the only useful thing about high profile very affluent consistently clowning MAD’s/MUTANT ALBINO DEFECTIVES like Donald Trump is to very very publicly highlight just how very catastrophically spiritually and intellectually debilitating congenital melanin deficiency/whiteness, can be? Well?

[QUOTE="jamesfrmphilly, post: 935615, member: 4688" Why not get yr own thread and dialogue all you want with the white man? leave me out of it. /QUOTE] Why don't YOU EVER address assertions/ answer questions [above] James, haven't YOU admitted more than once that doing so is too TECHNICAL for you [how comes YOU struggle just as much as the PALEFACES]? [QUOTE="jamesfrmphilly, post: 935640, member: 4688" Ok, you got it......i'm out /QUOTE] WHATEVER JAMES!

Are you folks truly so fragile, how on Earth do you cope with the REAL world [sticks and stones can break bones whereas my ON TOPIC words [above] are very obviously destroying EGOS, aren't THEY? ROFL

YOU and I KNOW that you truly don't have the vaguest CLUE as to how to answer the questions above James, aren't you far too senior to be throwing your toys out of the pram in this so very infantile manner/ so very publicly SULKING like Chuck the FYI clucking DUCK [why all the focus on ME as opposed to the theme of the thread]?

fyi /QUOTE] Why are YOU giving instructions to someone on your ignore list [as underlined above] Mr CURTROLL/ BATTERING RAM who can so very very rarely respond/construct a sentence?


Isn’t ANYONE who genuinely believes they are not programmed graphically illustrating that their programming is COMPLETE?​
Last edited: Dec 7, 2015

Several members of a group of prominent African American ministers scheduled to meet with Donald Trump Monday are making clear that they have made no commitments to endorse the real estate magnate. Their public declarations of non-endorsement come after a press release from the Trump campaign announced a coalition of 100 African American religious leaders will appear with the real estate mogul shortly after the meeting to endorse him ...

When a group of black pastors agreed to meet with Trump on Monday, they did not anticipate that meeting would turn into a de facto endorsement of the Republican frontrunner.

100 ignorant negro preachers, aka gospel hustlers, pulpit pimps, doing what they have always done, i.e. legitimize and validate the system.

Babasola said:
James I don't consider the topics unrelated. This is about a group of Black people supporting a privileged white man, who wants to deport millions of "illegal" immigrants.

That's the cat calling the kettle black
Click to expand...

Actually "it's the pot calling the kettle black", which is racist! How about the salt calling the sugar white? It works for me. Lol 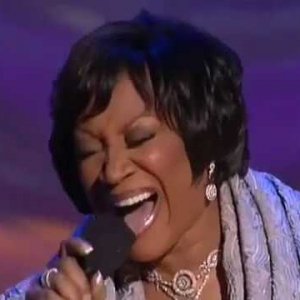