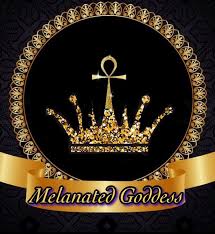 The deep research she put into these slides, yet further confirms (1)Merlin Stones' "When GOD Was A Woman (2)Elinor Gadon's "The Once and Future Goddess" (3)Marija Gimbutas "The Language of the Goddess & The Living Goddesses" (4) "When God Was A Woman" Joseph R. Gibson.: THE LOST AND HIDDEN...
www.africanamerica.org

The deep research she put into these slides, yet further confirms (1)Merlin Stones' "When GOD Was A Woman (2)Elinor Gadon's "The Once and Future Goddess" (3)Marija Gimbutas "The Language of the Goddess & The Living Goddesses" (4) "When God Was A Woman" Joseph R. Gibson.:

Is Christianity a Fraud?
http://kathmanduk2.wordpress.com/2008/02/16/black-histo...en-author-the-bible/
In honor of Black History Month, author, and traditional African chief priestess, Vivian Hunter-Hindrew, M.Ed. has put together a slide show challenging the authenticity of the bible's claims of authorship. She proposes that African women were the original authors of what is known as "bible prophecy." Hunter-Hindrew also claims that this knowledge has always been known by the Roman Church, but kept hidden (some in plain-view) for centuries.

Hunter-Hindrew has created an awe-inspiring slide presentation as a trailer to her ground breaking new book:

The Sibyls: the First Prophetess' of Mami (Wata): Demystifying the Absence of Black Women in Bible Prophecy. MWHS 2007.

In it Hunter-Hindrew argues that: For 6,000 years, Africa was ruled by a powerful order of Sibyl matriarchs. They produced the world's first oracles, prophetess and prophets. Known as "Pythoness," they worked the oracles in the Black Egyptian colonies in ancient Greece, Rome, Turkey, Israel, Syria and Babylon. Their holy temples were more numerous than the churches of today. In ancient Rome, they first established the "holy seat" of the Vatican advising the world's heads of state. Centuries before Christ, they cured epileptics, the blind, lepers and "caste out demons." It was a Sibyl who called-up the spirit of "Apostle" Samuel. Their "pagan" prophecies were used by the emerging Roman papals to create a "western theological" foundation and became the undisputed precursor for the Christian Bible. Previously published in "Mami Wata: Africa's Ancient God/dess Unveiled," and supported by solid evidence, African women's religious history is finally being unearthed, exposing shocking revelations buried for more than 2000 years.

Hunter-Hindrew further states that: "For centuries Black men and women have been taught to not question the Bible's authenticity for threat of "an eternity in Hell." The Roman Church was the main orchestrator and profiteer of Slavery and the deliberate impoverishment of Africa. How is it possible for this same institution to be the sacred vessel and vehicle for the "truths of God?" Hunter-Hindrew further contends that "Black men and women have been taught to accept the legitimacy of the western Bible, " especially the New Testament." What they do not realize is that the New Testament is a historical chronicle of the final destruction of the emerging Christian cult's biggest rival, that being the powerful African religious orders that dominated the ancient world since time immemorial. Especially the African matriarchs. Just as Black resistance to slavery, these holy African temples and prophetess mothers resisted the emerging "Christian" cult's imperialist's ambitions toward world domination. Yet, millions in the Diaspora do not know that the "pagans, witches, and idolaters" that St. Paul speaks of converting in the New Testament were their ancient religious mothers and fathers. Finally, Hunter-Hindrew states that "the enslaved minds of the Diaspora are the last and most enduring stronghold that the West preys upon in keeping them in subjugation. 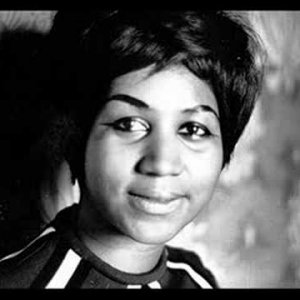