What's next, repeal of the abolition of slavery?
What's wrong with people that they can't see that slowly but surely, what little gains we have made, are being slowly being chipped away at.

In Alabama, however, the exit polls showed Obama won only about 15 percent of the state's white voters. In neighboring Mississippi, the numbers were even smaller, at 10 percent, the surveys found.
Click to expand...

As it were, this is a 'nation of laws.' If the laws are changed, the laws are changed. "Gains" today can be "Losses" tomorrow. That's why Politics is so important. Technically, Black Political control could invite wonderful changes. It's just on the one hand we don't know it and on the other many Whites wouldn't allow it.

What's next, repeal of the abolition of slavery?
What's wrong with people that they can't see that slowly but surely, what little gains we have made, are being slowly being chipped away at.
Click to expand...


VRA actually needs to go. It has been almost 50 years. Black president twice elected.. it can no longer be justified. And.. we don't need it. If you look at the states where the VRA is implemented, those states are all still controlled by the right... which means.. the right has built their machine on top of the VRA. For example, not requiring ID to vote in Texas.. of course they have made use of that insecurity.

Looking at the court, I think it's going to be thrown out 5-4.. and when it does, absolutely nothing will happen. And, if you look at in context, the GOP will be weaker as a result of the repeal. The only reason they requested to repeal the VRA in the first place was to interfere with this November's election.. they hoped to suppress the vote through a last minute voting requirement's change. But that failed.. and now the context is different. Obama has won by a landslide.. and it's 2 years before the next election.. that's plenty of time for everyone to get their ID situation straight. But all of those right wing states have now given up the right to manipulate the VRA rules for their own benefit.. and any change to the voting rules will be subject to public scrutiny. I see the whole thing as them shooting themselves in the foot.


States, counties and townships affected by the VRA:

What's next, repeal of the abolition of slavery?
What's wrong with people that they can't see that slowly but surely, what little gains we have made, are being slowly being chipped away at.
Click to expand...

This possibility has been in the works before Obama was elected so I am not sure that his election would justify doing away with the Voting Righrs Act.

As far as demographics is concerned, voter turnout in many of the southern states is well below the population, as far as African Americans are concerned. However, voting trends in recent election indicate that the outcome of presidential elections come down to the battleground states, and take away Florida and Virginia, Obama loses.

My concern is in regards to local and state elections which can be more divisive, and intimidation and violence against non white voters could be the deciding factors. It seems to me that the VRA is doing no more harm than good.

These white reactionaries want to set the clock back to Jim Crow and i see no reason to allow them without a fight.
Building A Global e-Networking Community Focusing on Black Genealogy/Family History and the Cultural/Spiritual Traditions of African people worldwide. EWOSA Village @facebook.com. Follow my blog at http://blkrootsworker.blogspot.com/?m=1

Black People : Way Too Little, But Not Too Late: Hillary & Dems Fake the Funk on Voting Rights 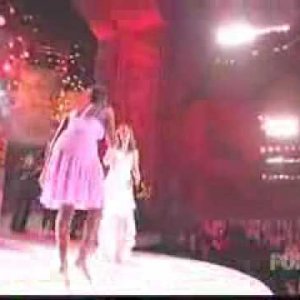