This is that Famous Lawyer Group Legal Team.. and News Conference Giuliani put together immediately.. behind a building
​ 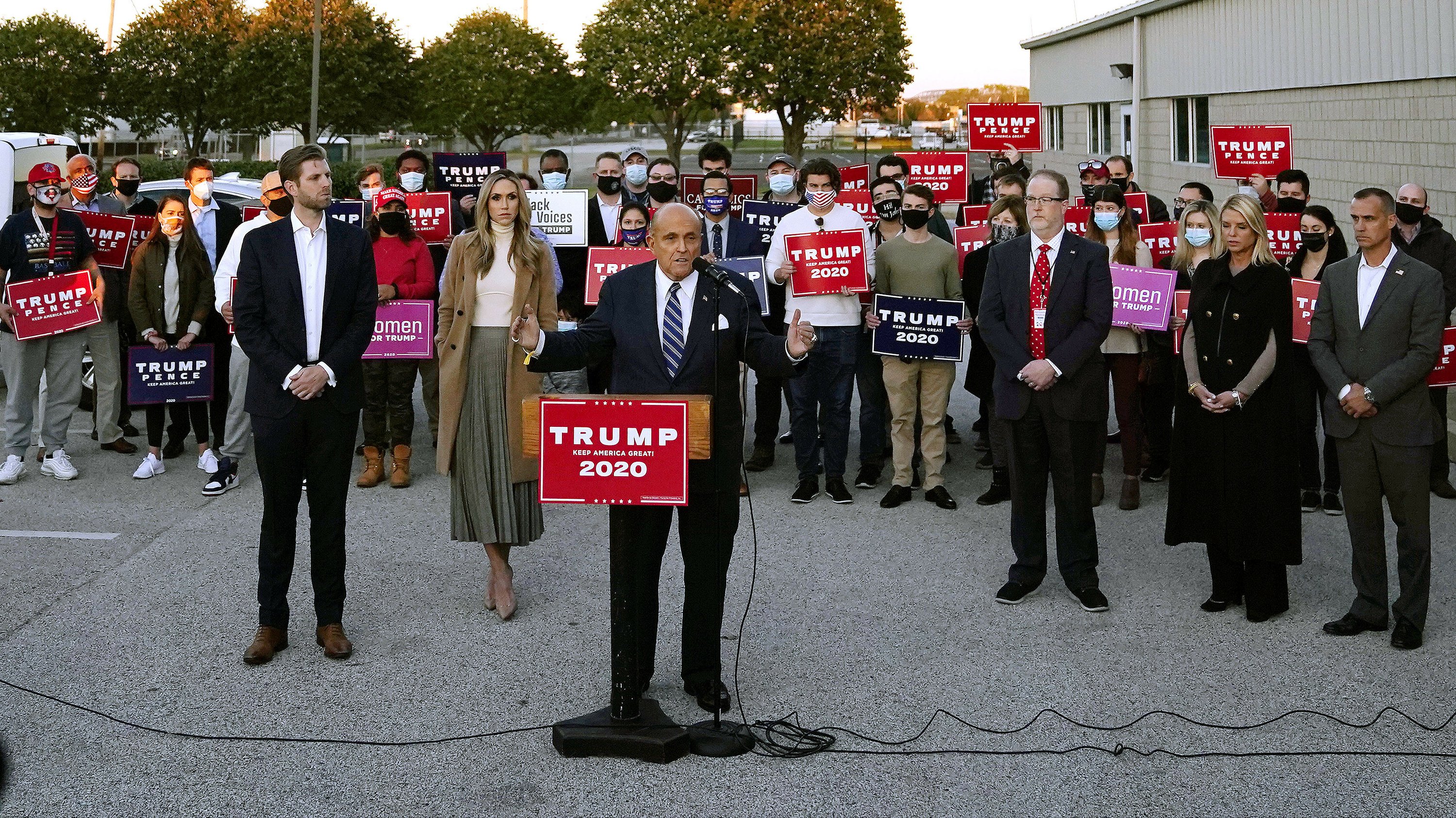 Fraud claims aimed in part at keeping Trump base loyal

WASHINGTON (AP) — The Trump campaign’s strategy to file a barrage of lawsuits challenging <a href="https://apnews...

WASHINGTON (AP) — The Trump campaign’s strategy to file a barrage of lawsuits challenging President-elect Joe Biden’s win is more about providing President Donald Trump with an off-ramp for a loss he can’t quite grasp and less about changing the election’s outcome, according to senior officials, campaign aides and allies who spoke to The Associated Press.

Trump has promised legal action in the coming days as he refused to concede his loss to Biden, making an aggressive pitch for donors to help finance any court fight. Trump and his campaign have leveled accusations of large-scale voter fraud in Pennsylvania and other states that broke for Biden, so far without proof.

But proof isn’t really the point, said the people. The AP spoke with 10 Trump senior officials, campaign aides and allies who were not authorized to discuss the subject publicly and spoke on condition of anonymity.

Trump is obsessed with himself and power. He cares nothing about this country but it is all about him. He wants to keep his base so he can make a run in 2024 at the age of 78. However, if he doesn't get the Republican nomination, then he will use his base to determine who will.

I really don't think we have seen the last of this wannbe tyrant. I hope the American people can see who and what he is to defeat him again if he does run. Oh, the Republican party will do everything to stifle Biden just to please Trump's base of whom they are afraid.

I agree with both of you. 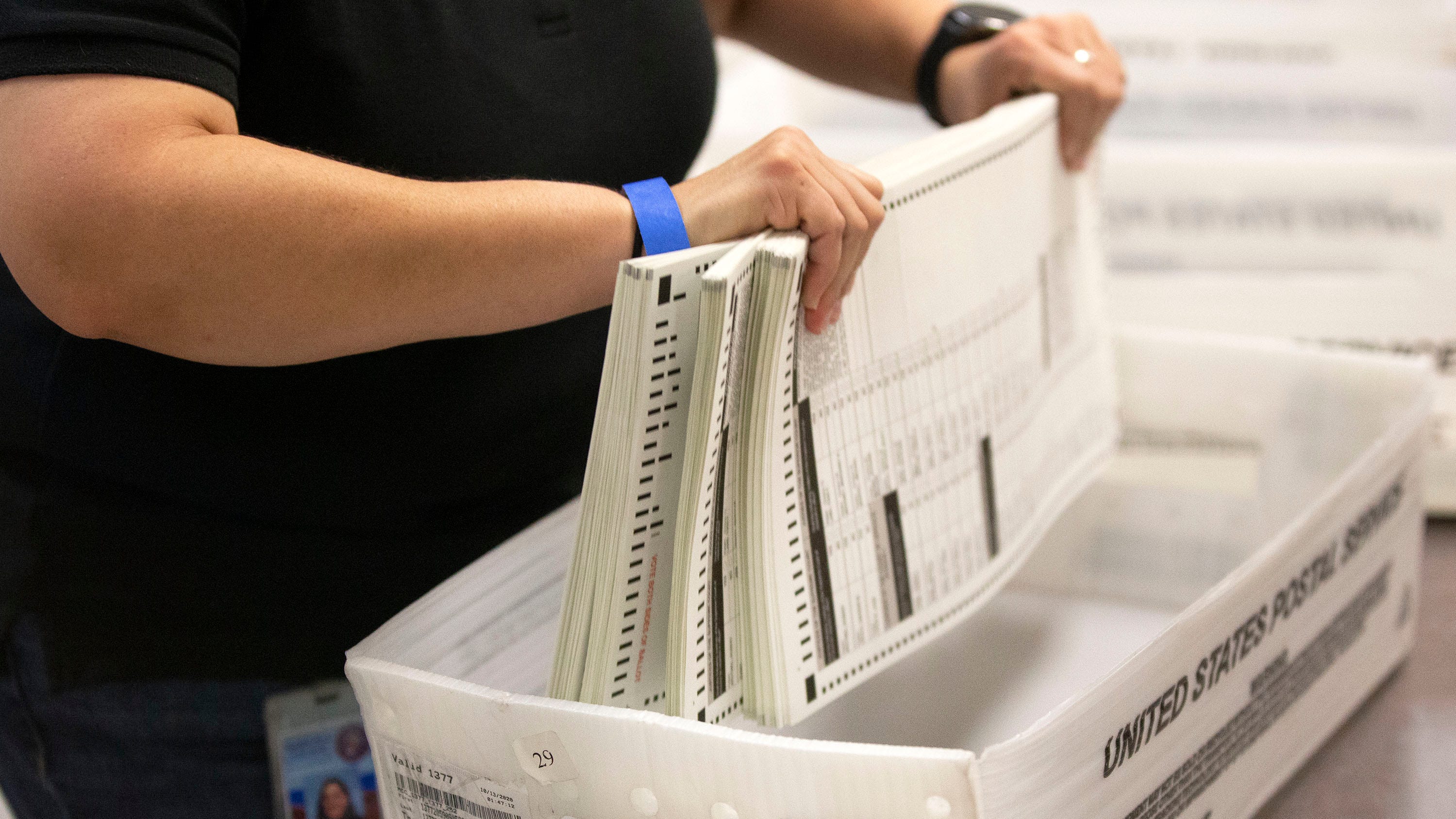 Attorneys representing Arizona election officials being sued argued the public “has a right to know how flimsy Plaintiffs’ evidence actually is.”
www.azcentral.com

Though the plaintiffs claim the problem could have left thousands of legitimate votes uncounted, county officials on Monday estimated 180 ballots were at issue.
Click to expand... 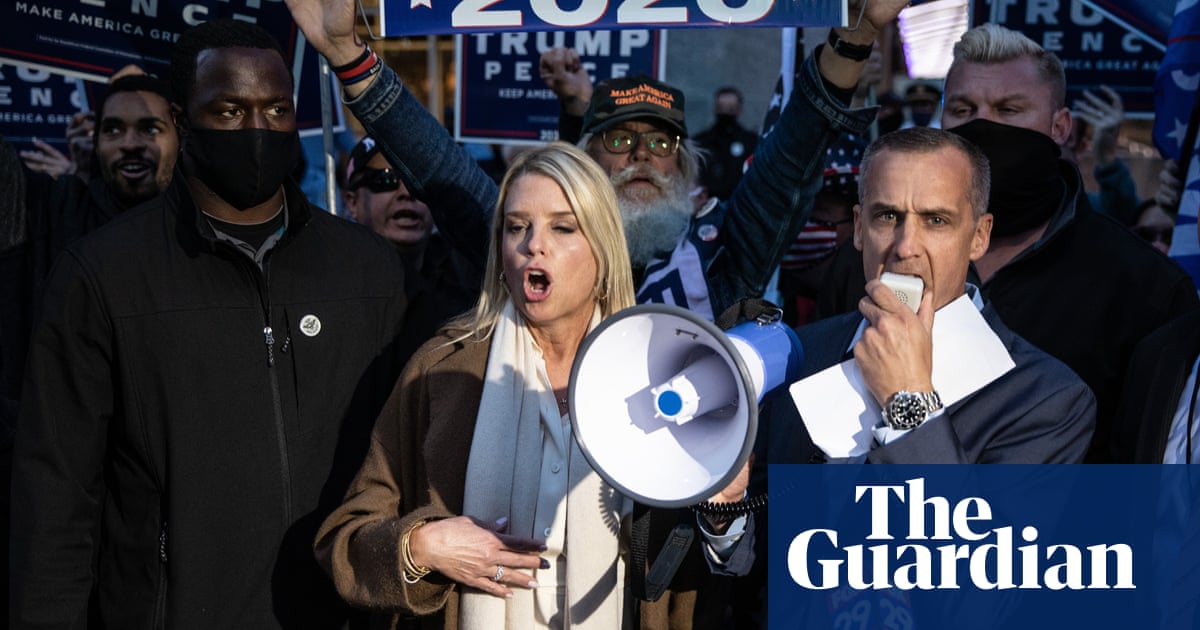 ... to be the 46th president of the United States. The American people have disavowed four years of a thuggish presidency. They have chosen decency over dysfunction, fact over fiction, truth over lies, and empathy over cruelty. They have rejected the last four years of ugliness, divisiveness, racism and sustained assaults on constitutional democracy. And even as Trump plots legal challenges and levies unfounded claims of fraud, it is clear America is moving on.

Removing Trump from the White House is one thing – fixing America is another. Many of the systemic issues that afflict the country will remain in place once he leaves Pennsylvania Avenue. Two eight-year Democratic presidencies over the last 30 years have not significantly impacted these issues. A stark racial wealth gap, school segregation, corrosive inequality, a climate crisis and a democratic deficit at the heart of America’s electoral college are but some of the issues that confront the new president. 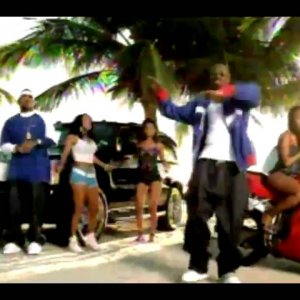