Its up to American citizens to create the governance they want. Non involvement is allowing the change in government we are experiencing now. Once George Bush usurped the Constitution with the Patriot Act, police assaults on citizens escalated. For the first time, even the white community is beginning to feel what the communities of color have felt about America all along. Citizens are losing their right to speak, to congregate. If you never read the Patriot Act, it says they can tap your phone, enter your home when you are not home, arrest you on assumption only and do not need to immediately inform your family or call a lawyer for you. They can open your mail and spy on you. This all happened because the people refuse to congregate. Instead they cower as this New World Order the ruling class are attempting to institute is dumbing down your children's education, sending your jobs overseas, kidnapping the media and telling you so many conflicting stories you have no idea what the truth is. What made America great is being stolen little by little. Now we see this great country slowly but more openly evolving into what could be called a police state ruled by fear. You have folks like the Koch Brothers funding wars in an effort to meet their agenda of culling the population. They are getting so bold that Dick Cheyney had no problem stating that the population of billions needs to be brought down to 500 million.

You can still vote however and you must now more so than ever before VOTE. Since the American public's history of voting has been dismal, those in control have not bothered to cutoff voting drastically yet, although they have been intimidating voters. They do not expect you to go to the voting booth and think voters will continue not to use the few weapons they have left. So they are not worried. Surprise them! They know that that is one place collectively wherein the Citizens can remove them from office, yet they are not concerned due to voter apathy. We do not know how long it will be that we are able to maintain the privilege to vote the way things are going...so use it while you can folks. Use it now!!!! Get out and vote in serious numbers and tell all your family and friends to vote tomorrow, Tuesday September 9, 2014 when Senate officials come up for re-election. You have the power to change the aisle and get rid of some of these mean spirited senators and legislators. Use your power. Get out and vote.

Also, on November 4th the General Election comes up wherein you can get rid of some of those occupying the House, including the speaker John Boehner. That's right, John Boehner the Speaker of the House who is bringing a frivolous lawsuit against President Barack Obama, is up for reelection in November 2014. So this is your opportunity to get rid of the mean spirited House leader who has stopped unemployment for folks that have worked all their lives and paid into FICA to cover their unemployment yet are being denied it after 26 weeks due to the hateful block Boehner has placed on unemployment. He denies unemployed people the small amount they collect to live, yet he is a millionaire. They can come up with trillions to keep the war machine going but cannot help American citizens. They even resent your having healthcare. Although every politician has full healthcare policies, including dental. Let us get rid of as many hateful politicians that have voted against women, and citizen's rights to fulfill their own agenda. So, get out and vote in the General Election on November 4th as well. It cannot be more important. Take your governance back before it becomes too late.

I have included a show that I did with former Councilman Robert Jackson who is running for the Senate seat in his district in NYC. His district is District 31. Listen to the show, he seems the type of people we want to run for Senate. So let's get the undesirables out and put those in who we do desire. Listen to my show with Senate candidate Robert Jackson. Got a good feeling about him.

PLEASE GO OUT AND VOTE TUESDAY SEPTEMBER 9TH FOR YOUR SENATE OFFICIALS AND THEN AGAIN IN THE GENERAL ELECTION NOVEMBER 4TH.

Thank you for this post This is what we must do as a people to create change.

If this is going to get rid of Boehner, then I'm for it. He has done nothing but made it hard for us, Obama, and the Vets. 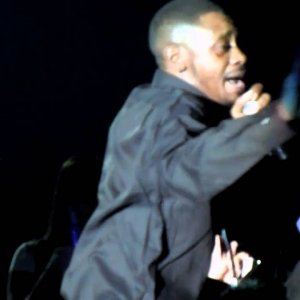