Thousands of followers have gathered in Benin in the seaside town of Ouidah to celebrate National Voodoo Day. They met at a beach called the point of no return, where slaves left on ships for the Americas centuries ago, taking their religion with them.

Followers of the once-banned religion have been dancing, drumming, praying as animals are slaughtered in ceremonies.

Of Benin's seven million citizens, 65% believe in Voodoo. The day has been a national holiday for a decade.

"There is little resembling the popular western imagination on show - no dolls with pins stuck in them and certainly no zombie-like creatures lumbering around," described the BBC's James Copnall, who is at the festival.

"Instead there were speeches praising the religion, emphasising the positive impact it has on people's lives."

One of the many revellers who count their ancestors as slaves, Faith McDouglas, 37, a nurse from Nebraska in the US spoke of being, "very moved," explaining, "I've understood many things regarding my origins, because I'm a descendant of slaves."

Voodoo followers believe that all life is driven by spiritual forces of natural phenomena such as water, fire, earth and air and that these should be honoured through rituals like animal sacrifices.

Followers acknowledge the existence of both a supreme being and many smaller gods which can intercede with the supreme being on behalf of humans.

Martine De Sousa, a former curator of the Voodoo Museum in Benin and an expert on the religion rejects criticism of Voodoo from many Africans.

"People have a negative image of voodoo because of some of the bad practices, a sort of a witchcraft, where you can put a bad spell on someone when you are jealous of that person."

Adding that, "That [bad practice] is totally different from Voodoo."
Click to expand...

I didn't know Voodoo was banned in any African countries.

Was this because of colonialism or something?

I knew most slaves were forbidden from practicing their traditional beliefs, but I didn't think it extended to African nations.

Dual Karnayn said:
Was this because of colonialism or something?
Click to expand... 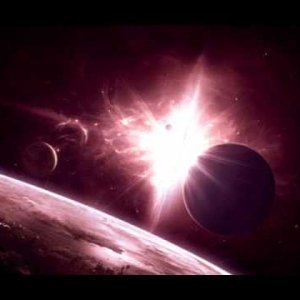