I get angry too. We have a saying in America. We say: Follow the money.

If you follow the money in the Ghana Slavery African situtation. Then you will soon see that one must work to free Africa from the world economy and get Africa focused back on herself, if you want this situtation to end.

That can only be done [for now] if somebody steps forward and buys out the American and European interests in Africa.

African Americans are able to buy the total debt for 44 African countries in 1 year, and they would still be able to buy everything they need for themselves in America.

That is why the Kofi an African man and others desparately want African Americans involved in Africa.

They believe that when our money is the ruler in Africa, that slavery and other atrocities will end because of our pressure.

So asking African Americans NOT to invest in Africa, just isolates the slaves there from any chance they have of things changing.

It is when our investments become worth more to the Ghanian government than enslaving children, that we will not have to say much and they will put an end to slavery THEMSELVES, rather than lose our investments.

While posts like yours to make African Americans aware of the situtation in Ghana are fine.

I just would advise a more pro-active rather than angry role. For instance have you thought about building a site that organizes an mass email and snail mail campaign to the Ghanian government?

It would be a matter of making a site with an automatic email page. It would allow people to be pro-active and become aware of the situtation you care about so much.

That could be your contribution to our struggle. It's up to you.

For more information about what you can do to help African slaves. I would recommend you find the website for the "world harvest church" or the ministry of "rod parsley". This Christian ministry has to date bought back and freed 7000 slaves in the Sudan.

Thanks for your comments.

With the child slaves, it's mainly poverty and economics that causes it. And while you have pointed out American and European interests in Africa, you should also add a hefty measure of good old African corruption to that equation.

Trokosi is different. It is a form of religious slavery where innocent girls are chosen to pay the price of some sin committed by someone else in their family... and sometimes they end up paying for their entire lifetime. The same web site you recommended to me has a feature on trokosi slaves in Ghana which I had come across already in earlier research.

I'm not asking African-Americans not to invest there... I'm just saying that they should also put pressure on the Ghana government to enforce the anti-slavery laws which they already have but are not doing anything about.

One of my main jobs is to make people aware of this problem. Even a lot of Ghanaians living abroad don't know much about trokosi and child slavery happening in their own country, and as recently as yesterday one of them told me that he only realised the extent of the problem after checking some of the stories which I had posted about. He also said that a Jamaican friend saw something about it on TV some months ago and asked him about it afterwards, but he didn't pay too much attention to it at that time because he thought it was just something happening in one remote fishing village.

1. I chose to take a Ghanaian woman for my wife. We look forward to spending many happy years together here in Barbados and to starting a family. The same good life I want for my own family, I also want for those Ghanaian children seen in those pictures and videos.

2. When the time came for me to travel outside the Caribbean, I chose to go to Ghana, West Africa, mainly because that's where my ancestors came from. I easily could have chosen the USA, Canada or England instead. I spent 5 weeks in Ghana last year, and it was the best thing I ever did in my entire life.

YOU SAID:"Young Bajan ... you have a problem with me deleting content from this forum?"

Do you have a problem with me telling people that you deleted some of my posts?

Young Bajan ... perhaps unintentionally, you looked over the request to apologize to Brother XXPANTHAXX for calling him out of his name. I'd appreciate it if you'd do so.

Young Bajan has been banned and this thread moved from public view to this forum. 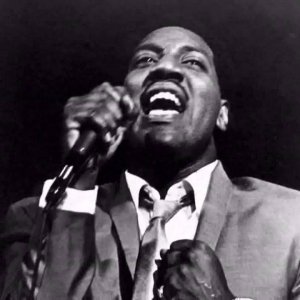