Apart from child slavery, there is also trokosi slavery in Ghana, which is a sort of religious bondage which sees innocent female family members being punished for the wrongs done by someone else in their family. The word "trokosi" means "slaves of the gods".

As with the children, the story of these unfortunate women also needs to be told. Thousands of these women are being held as slaves in Ghana and other parts of West Africa, even as you READ THIS. Search the internet for the word "trokosi" and judge for yourself.

This is one part of the reality of Africa. These people need our guidance and direction. It is ironic that a national slogan of Ghana is "Freedom and Justice For All."

Originally posted by Young Bajan
... Sorry to disappoint you there, you dumbo black racist Yankee...
Click to expand...

You have come in breaking our Forum Rules, 3 to be exact and we only have 6.

1. It is against our Forum Rules to disrespect another Member by calling them out of their name.

2. It is against our Forum Rules to add copyrighted information to this site without including the owner of that material's permission with their words. I am going to delete the text that appears to belong to someone else for you this time. In the future, include written permission from the owner or don't add such content to this site.

3. It is against our Forum Rules to spam our community with your words. It's not necessary to post the same information more than once, in more than one forum.

That is really horrible and terrible. It makes me want to rush forward even more to.....

How can we blame the Continental Africans when here in America and Europe we still have SLAVERY?

We give all our money to Europe and America. When they have slavery, why have you picked out Africa for revenge?

When in fact of the 3 groups, Africans are the LEAST able to stop this trafficking as long as they continue to live in absolute and total poverty?

Your not being fair to Africans. You seem to have anger and hate towards them but where is your venom against Europe and America for the slavery that exist in their countries?

That contains the story of a young African SLAVE boy used as a sexual toy by whitemen in paris and forced to eat cat food.

The story also mentions that there are 10,000 African SLAVE CHILDREN IN EUROPE. These children are living with STRANGERS.

Here is the American anti-slavery website. They allow you to see slavery ON ALL CONTINENTS.

Now that we have that straight. I expect to see another 14 posts about how we should not give our money to America and Europe.

What is happening in Africa is terrible, but let us not be HYPOCRITS.

Let us also condemn Europe and America and demand that we do not spend any more money in them.

Thanks for your comments.

First of all, you may not have seen my other posts which Destee decided to DELETE... they also explained how the government of Ghana was asking wealthy African-Americans to invest in Ghana by "putting your resources at our disposal". My argument is, why should they be asking African-Americans for money when they don't do anything to stop slavery in their own country? Investment is good, but potential black American investors should know about these things too, and put pressure on the government there to clean up the oppression and injustice.

My post about modern day slavery in Ghana has nothing to do with revenge or hatred, but I am VERY ANGRY about the situation there.

I am a black man living in the Caribbean. My ancestors can from that part of the world, and that is the only place outside of my own beloved country, with which I have a strong external connection. I think all slavery is wrong, but as a person who is a descendant of West Africans, I have a right to express my concern about what happens in that part of the world. First my country, then my race, then the rest of the world. Too bad if anyone doesn't like that order... but it's my life and my choice.

Thank you for providing the American anti-slavery website. I will check it out.

Originally posted by Young Bajan
First of all, you may not have seen my other posts which Destee decided to DELETE...
Click to expand...

Young Bajan ... you have a problem with me deleting content from this forum? 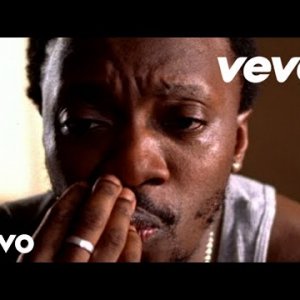