VICARIUS - substituting for, or in place of


The Vicar of Christ (Vicarius Christi)

"Vicar of Christ . . . Title used almost exclusively of the Bishop/Popes of Rome as successor of Peter and, therefore, the one in the Church who particularly takes the place of Christ; but used also of bishops in general and even of priests. First we must admit the main character of Revelations is Emperor Domitian who’s attempting to trick the masses into worshiping him as the Christ.

The first Pope to get the keys from Peter was Pope Clement/Clemens 1. Christians from the 3rd century As identified as Titus Flavius Clemens. Starting in the 3rd and 4th century, tradition has identified him as the Clement that Paul mentioned in Philippians 4:3, a fellow laborer in Christ who is in the book of life. While in the mid-19th century it was customary to identify him as a freedman of Titus Flavius Clemens, who was consul with his cousin, the Emperor Domitian

I’m rolling with the 3rd century Cats because they were closer to the action. I used to go with maverick historian Joe Atwill assumption that Emperor Titus was 666 of Revelations to his brother Emperor Domitian. Atwill stated:

Atwill continues: “The term ‘Antichrist’ is used in Revelation. Anti or in Greek, can mean “The opposite of” but can also mean “In place of” p.311 . Titus Flavius Clemens was the antichrist because it also fits the title Vicar of Christ as “in place of” and it appear Clemens was attempting to change and oppose Domitian on religion.

According to Cassius Dio, Clemens was put to death on a charge of atheism, for which, he adds, many others who went over to the Jewish opinions were executed (Roman History lxvii. 14.). If this is the same as Pope Clement/Clemens then he would fit the description of opposing Domitian.

Its on or the other

and was recorded in early church literature as being a member of the Flavian family.

Pope Clement was the first Pope who was referred to by individuals known to history, and who left behind written works. He purportedly wrote the Epistle of Clement to the Corinthians, quoted previously. Thus, Clement is of great significance to the Church’s history. In fact, while The catholic Encyclopedia currently lists Clement as the fourth “bishop of Rome”, or pope, this was not the assertion of many early Church scholars. St. Jerome wrote that in his time “most of the Latins” held that Clement had been the direct successor of Peter. [Unfortunately Satan Domitian killed Clement/Clemens in 95AD). Tertullian also knew of this tradition; he wrote, “The Church of Rome records that Clement was ordained by Peter. Origen, Eusebius, and Epiphanius also placed Clement at the very beginning of the Roman Church, each of them stating that Clement had been the “fellow laborer” of the Apostle Paul.


Scholars have seen that the list of popes given by Irenaeus (125-202AD) that names Clement as the fourth pope is suspect and it is notable that the Roman Church chose to use it as official history. This list names Linus as the second pope, followed by Anakletus and then Clement. The list comes from Irenaeus, who identifies “Linus the Pope” as the Linus mentioned in 2 Timothy 4:21. Scholars have speculated that Irenaeus chose Linus simply because he was the last male that Paul mentioned in the epistle, which supposedly was written immediately before Paul’s martyrdom. The provenance of Pope Anakletus may be no better. In Titus, the epistle that immediately follows Timothy in the canon, it is stated, “The bishop shall be irreproachable”. In Greek, “irreproachable” is Anenkletus.

Irenaeus may not have known who the popes between Peter and clement were and therefore had to invent names for them. If this was the case, then after creating “Linus” as Peter’s successor, “Irreproachable” as the next bishop of Rome, his imagination may have become strained, because the name he chose for the sixth pope in his list was “Sixus”.

It also seems strange that the Roman Church chose to use Irenaeus fictional list, considering that it originated in the East. The idea that Clement was the second pope is no weaker historically and reflects the papal sequence that was known in Rome. Perhaps early church officials preferred not to use a list stating that Clement was Peter’s direct successor, because of the traditional view that he was a member of the Flavian family. 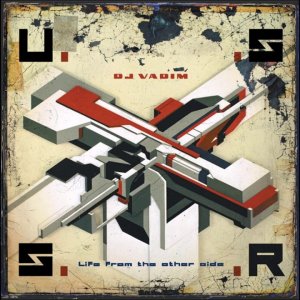