CosmicMessenger said:
If you think I meant that judging equates to taking a ride with someone, then you need to go look for an I.Q.

The reason I didn't respond to the post you're referring to entirely was because your initial assertion, "Never judge a book by it's cover" was IGNORANT and UNTRUE.
Click to expand...

this is why u need to get ur weight up...u wrote that "ignorant" response to my challenge of ur judgemental posts....

ive had enough of this foolish exchange...especially since ur rhetoric reminds me of some white boys i know...quacks like a duck?

Khasm13 said:
this is why u need to get ur weight up...u wrote that "ignorant" response to my challenge of ur judgemental posts....
Click to expand...

Anyone with a BRAIN can see that my "judgmental posts" were ACCURATE.

The fact that you didn't says a lot about YOU!

During an interview with police Monday night, Marques said he was required to work one Saturday a month and he claimed he forgot it was his required Saturday.

He said he was unable to drive to Glendale and leave the child with the babysitter so he decided to take the child to work and tried to locate a babysitter using CraigsList while driving to work, the police report stated.

Detectives also learned in November 2012, Marques parked outside of work with the engine running and a security officer found a woman and baby inside. The woman said they were OK and were waiting for Marques to finish work.

Police interviewed the boy's babysitter, who said she was expecting him on Saturday.

She said for the past two months, every Saturday except for one, Marques dropped off his son, Markale, at the babysitter's house and the babysitter knew it was Marques' mandatory Saturday to be at work.

The babysitter also told police that Marques had brought the child to her house last Wednesday and did not pick him up that night. Her husband worked with Marques and told Marques that he had not brought enough food or diapers for his child. Marques said he'd bring the food and diapers over first thing after work but did not bring the supplies, pick his son up or even call the sitter to say he would not be coming over, according to the report.

"A babysitter told police that she had expected to watch the child on Saturday, according to the station. She said Marques had a history of not looking after his child."
Click to expand...

I guess time has told.

Have a good night.

Stick to the topic please, not personal analysis of each other!

CosmicMessenger said:
Anyone with a BRAIN can see that my "judgmental posts" were ACCURATE.

The fact that you didn't says a lot about YOU!


I guess time has told.

You are cruel if you honestly believe that man thought anything would happen to his child. I'm sure he never in his mind believed that the child would die, especially since he took him out halfway through for a meal.

Some people know not to do this because they are told by others, and some people aren't raised to know every rule in the book. I'm sure this was a case of he did not know.

Thanks, you've satisfied my curiosity, in terms of the heat index, and its good to know it was much cooler than normal. From what I've noticed, its nothing for temps to reach into the 113's and above.

Fieldpea said:
Clyde, in terms of temperatures--for Arizonans--this past Saturday's high temp in Phoenix was *fantastic*--compared to this same time last month, the weather that day would be described as 'relatively cool all day'--I'm serious! Still too hot for infants and toddlers 'left strapped in sealed up cars for hours', now, but still...I promise you, it is nothing unusual to see children *older* than this man's child left behind in cars, *windows rolled down*, while the parent/adult shops in a grocery store. Happens all day, every day. Thing is, there are usually older kids onhand (from toddlers to pre-teens) *left together* inside of the vehicle. Except for trucks. Then the kids are allowed to wait in the back of the truck--often with a pit or rot sitting with them--and the parents are nowhere to be found (shopping in one of the stores).


Every day, all day. It's a family (cultural) persistence, despite all the kooks running around these days, snatching kids. This stuff still persists, despite all of the warnings, so...


Odds are, the responsible adult is Mexican, too (domestic situation w/mom and dad, sometimes). Mexicans and whites, too, will even drive their trucks on the street with small kids in the back! When it comes to some idiot doing this kind of thing linked to jobs or so-called *brief stops at a bar or strip joint* (and 'yes' this has also been the excuses for recent past tragedies like this), this is when it turns out that the negligent parents are usually *white*.


Here's another video and clip from CBS 5 News--another update. Much more detail is given and there are statements from the sitter and his brother:


In this report, there's more reported info from the father. For Phoenicians, the key info involves the part where he explains why he didn't attempt to drop his son off on Saturday:

His sitter lives in Glendale, his job is across the valley in Scottsdale, he woke up *late* at 8:30, and had to be to work by 9.

No. Not possible. Not with freeway congestion--not even if the freeways aren't congested. Too far...UNLESS he lives in or near Glendale, too...smh. See, even if he lived in Glendale, too, I can't see him getting to work, parking, and then racing into the office in time. There's even mention that he stated that he was trying to tap into craigslist for an emergency sitter 'as he was driving to work'.


IONO about that one...iono. Even if he found a craigslist sitter and dropped his son off, he'd have *still* been late. Only breaking all kinds of speed limits *no matter what* would have gotten him to work in time, and I harp on this because THIS is supposed to be why he handled the situation the way he did--so that being late wouldn't get him fired. 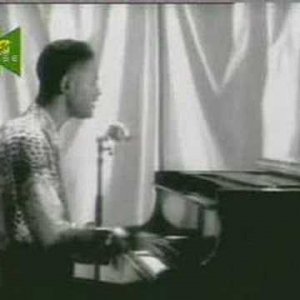