Libya : US Wars, south of Libya 2012? Will Africans be drafted to kill Africans?

From Ivory Coast to Libya And Beyond: The Conquest of Africa

Though hardly a model of a democratic ruler, having come to power in a coup d'etat in 1979 and governed his nation uninterruptedly since, Obiang Nguema is the current head of the 53-nation African Union and his comments stand on their own regardless of their source.

In reference to the mounting violence between the Western-backed Alassane Ouattara's self-styled Republican Forces army and "Invisible Commandos" on one side and incumbent President Laurent Gbagbo's military and security forces on the other in Ivory Coast, the AU chairman said that it should not "imply a war, an intervention of a foreign army."

He spoke after French attack helicopters struck Ivorian military bases in the commercial capital of Abidjan and destroyed over ten armored vehicles, four anti-aircraft weapons and the broadcasting station of the state-run Radiodiffusion-Télévision ivoirienne as well as firing on the presidential building and residence. French troops took over the nation's main airport earlier in the week. (In 2004 French warplanes destroyed the Gbagbo government's modest air force on the ground, an action heartily endorsed by the U.S.)

President Obiang Nguema also spoke about what is now the almost three-week-long war waged by the U.S. and its NATO allies against Libya: "I believe that the problems in Libya should be resolved in an internal fashion and not through an intervention that could appear to resemble a humanitarian intervention. We have already seen this in Iraq."

He added: “Each foreigner is susceptible to proposing erroneous solutions. African problems cannot be resolved with a European, American or Asian view.”

On the same day Russia called for an emergency meeting of the United Nations Security Council on Ivory Coast and Foreign Minister Sergei Lavrov warned that recently reinforced French troops and cohorts from the United Nations Operation in Côte d'Ivoire (ONUCI) operate under a mandate that demands strict neutrality and impartiality.

The following day Lavrov expressed concerns about the U.S. and other NATO members arming anti-government insurgents in Libya, stating that such a measure "would constitute interference in the civil war."

Comparable statements have been voiced around the world, from the Bolivarian Alliance for the Peoples of Our America (ALBA) in Latin America and the Caribbean denouncing the Libyan war to the leader of the world's 1.3 billion Catholics, Pope Benedict XVI, referring to the violence in Ivory Coast and Libya as a defeat for humanity and issuing "a renewed and heartfelt appeal to all parties to the [conflict] to initiate a process of peacemaking and dialogue, and to avoid further bloodshed."

American and other Western leaders, however, only desire an end to the violence in both African countries after the belligerents they support, with arms and air and missile attacks, have scored a decisive victory over their opponents.

On the same day that the chairman of the African Union and the Russian foreign minister articulated the concerns cited above, President Barack Obama demanded that "former President Gbagbo must stand down immediately, and direct those who are fighting on his behalf to lay down their arms," while applauding the actions of French troops and military helicopters in the capital.

Obama and his secretary of state Hillary Clinton have repeatedly delivered ultimatums to Libyan leader Muammar Gaddafi to abdicate - backed up by bombs and cruise missiles - with Clinton responding to the latter's recent letter to Obama calling for an end to NATO attacks on his country by stating: "Mr Gaddafi knows what he must do....There needs to be a decision made about his departure from power [and] his departure from Libya."

The recently appointed commander of U.S. Africa Command, General Carter Ham, told the House Armed Services Committee on April 5: "This is a historic time for us in Africa Command. We completed a complex, short-notice, operational mission in Libya and have now transferred that mission to NATO.”

Since AFRICOM handed over command of the war against Libya to NATO on March 31 over 1,200 air missions have been flown over the country, including several hundred bombings and missile strikes.

Two of only five African nations that have not entered into individual and regional partnerships with the Pentagon through AFRICOM are the targets of violent uprisings aimed at toppling their governments and installing client regimes subservient to the U.S. and its NATO allies. Eritrea, Zimbabwe and a truncated Sudan will be left. And will be next.

As the U.S. and its NATO allies move southward to further consolidate their grip on Africa, following the seizure of Libya and its vast oil fields, most of the continent’s leadership seems to welcome re-absorption into empire. “Africa is the most vulnerable region in America’s warpath, a continent ripe for the plucking due to the multitudinous entanglements of Africa’s political and military classes with imperialism.” AFRICOM is already in the cat-bird seat, placed there by Africans, themselves.

“The United States and its allies, principally the French, are positioned to ‘take’ much of the continent with the collaboration of most of its governments.”​
The United States and its allies are engaged in an Asian and African offensive, a multi-pronged assault thinly camouflaged as humanitarian intervention that, in some regions, looks like a blitzkrieg. This frenzied aggression, still in its first year, saw NATO transformed into an expeditionary force to crush the unoffending Gaddafi regime in Libya and is now poised to topple the secular order in Syria. Although drawing on longstanding schemes for overt and covert regime change in selected countries, and fully consistent with global capital’s historic imperative to bludgeon the planet into one malleable market subordinate to Washington, London and Paris, the current offensive had a particular genesis in time: the nightmare vision of an Arab awakening.

The prospect of an Arab Spring at the dawn of 2011 sparked a general hysteria in imperial capitals. Suddenly, they stared in the face of geopolitical death at the hands of the Arab “street.” Washington understands full well that the emergence of Arab governments that reflect the will of the people would soon result, as Noam Chomsky is fond of saying, in the U.S. being “thrown out” of the region – the final toll of the bell, not just for the oil-hungry West, but for international capital’s annexes in the autocratic cesspools of the Persian Gulf.

“The prospect of an Arab Spring at the dawn of 2011 sparked a general hysteria in imperial capitals.”​
With centuries of Euro-American domination flashing before their eyes, Washington, London and Paris quickly configured NATO to unleash Shock and Awe on the victim of choice in North Africa: Muammar Gaddafi. The momentum of that show of force has led an expanding cast of imperial actors to the gates of Damascus. But Africa is the most vulnerable region in America’s warpath, a continent ripe for the plucking due to the multitudinous entanglements of Africa’s political and military classes with imperialism. The awful truth is, the United States and its allies, principally the French, are positioned to “take” much of the continent with the collaboration of most of its governments and, especially, its soldiers.

AFRICOM, established in 2008 by the Bush administration and now fully the creature of President Obama’s “humanitarian” interventionist doctrine, claims military responsibility for the entire continent except Egypt. The U.S. military command has assembled a dizzying array of alliances with regional organizations and blocs of countries that, together, encompass all but a few nations on the continent – leaving those holdouts with crosshairs on their backs. As the U.S. bullies its way southward in the wake of the seizure of Libya, its path has been smoothed by the Africans, themselves.

The long U.S. war against Somalia, dramatically intensified with American backing for the Ethiopian invasion in late 2006, is now sanctioned by IGAD, the International Authority on Development in East Africa, comprised of Ethiopia; the puppet government in Somalia’s capital, Mogadishu; Kenya; Uganda; the de facto French and U.S. military protectorate, Djibouti; and, nominally, Sudan.


“As the U.S. bullies its way southward in the wake of the seizure of Libya, its path has been smoothed by the Africans, themselves.”​


AFRICOM stages a huge, annual military exercise called African Endeavor, which trains African militaries to use “standard communications practices.” African armies are taught U.S. command-and-control procedures, on American-made equipment, that is serviced by American advisors. In 2009, the militaries of 25 African nations took part in the exercise. This year, 40 nations joined Operation African Endeavor, accounting for the vast bulk of the continent’s men under arms.
More insidiously, through AFRICOM’s “soldier-to-soldier” doctrine, U.S. and African military peers are encouraged to forge one-on-one relationship up and down the levels of command: general-to-general, colonel-to-colonel, major-to-major, and even captain-to-captain. AFRICOM hopes these peer partnerings will forge personal relationships with African armed forces over the long haul, regardless of whatever regime is in power.


In the Sahel, AFRICOM maintains close relationships with virtually every nation along the vast band of land south of the Sahara desert that stretches from the Indian Ocean to the Atlantic, all under the heading of “anti-terrorism.” These include Mauritania, Mali, Chad, and Niger, plus Nigeria and Senegal. To the north, AFRICOM has similar ties to the Maghreb countries: Morocco, Algeria, Tunisia and, until this year, Gaddafi’s Libya.

“This year, 40 nations joined Operation African Endeavor, accounting for the vast bulk of the continent’s men under arms.”

Libya : Libya exposed as an epicentre for migrant child abuse

Libya : Libya Blacks treated like Apes in the Zoo by rebels

Libya : When Black Africans and Christians were Killed By Rebel Forces in Libya 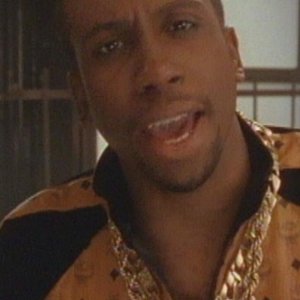