Zambia has announced the United States has agreed to cancel debts owed by the country worth $280 million (£163m). Zambia's Minister of Finance, Ngandu Magande, welcomed the decision, saying the debt relief granted in the last few days was a major boost to the economy.

It is the latest sign that promises made to Africa by the international community in 2005 are bearing fruit.

Coupled with similar decisions by Japan and France, the US move means Zambian debts have fallen by over $1 billion.

Before this, running the Zambian economy must have seemed an unenviable burden.

Now Mr Magande has some real options before him.

Once all lenders write off their debts, Zambia's external borrowings are expected to drop from around $7bn to a much more manageable level of $500m.

This comes in a year in which Zambia's main export - copper - has seen strong demand, particularly from the burgeoning Indian and Chinese economies.

So after years of managing decline, Mr Magande will be able to think about where to spend the extra revenue at his disposal.

And the Zambian experience is not unique.

Ten days ago the International Monetary Fund announced that it had written off all the debts owed to it by 19 of the poorest countries - most of them in Africa.

This decision alone was worth a total of $3.3bn.

But some countries still have debts to pay.

Nigeria has had more than half of the money it owes cancelled, but this still leaves $12bn that it has to repay.

Campaigners have called for this too to be written off but not everyone agrees.

Nigeria's main export is oil, and given the near record prices for crude it should have little problem in servicing its debts.

Corruption, rather than debt, is cited by critics as Nigeria's main obstacle to progress.

So as the year comes to an end, it is possible now to conclude that at least one of the promises made to Africa by the international community is being kept.

The continent's unscaleable debt mountain is being reduced to much more manageable levels.
Click to expand...

A
Zambia : Simon Kapwepwe of Zambia 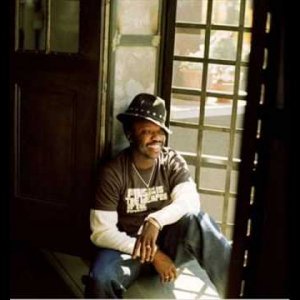