Officials are probing the off-campus 'Compton Cookout' and its Facebook invitation to see if they violated the university's code of conduct and whether sponsors should be disciplined.
Related
Opinion L.A.: Racist frat boys will be racist frat boys ... on Facebook
By Larry Gordon

Campus administrators said Wednesday that they were investigating whether the off-campus party, held Monday, and its Facebook invitation violated the university's code of conduct and whether its sponsors should be disciplined. Members of the Pi Kappa Alpha fraternity were identified as among the organizers, but the fraternity president has criticized the event and said his club did not sponsor it.

In an e-mail to students and staff, UC San Diego Chancellor Marye Anne Fox said the party showed "blatant disregard of our campus values." She said the university would hold a teach-in next Wednesday "to discuss the importance of mutual respect and civility."

Vice Chancellor for Student Affairs Penny Rue said the probe would examine whether the fraternity was involved and whether it should face sanctions. She said it was premature to discuss discipline for individual students but said she wanted partygoers to understand how much pain they had caused, especially to African American students.

Rue said she did not know how many people attended the event.

Promising a taste of "life in the ghetto," the Facebook invitation contained many racist stereotypes. For example, it urged women to dress as "ghetto chicks" who "usually have gold teeth, start fights and drama, and wear cheap clothes." It said the menu would include chicken and watermelon.

In an e-mail Wednesday, Garron Engstrom, president of Pi Kappa Alpha, emphasized that the party was neither planned nor endorsed by the social club.

"The fraternity regrets the display of ignorance and error-of-judgment made by any individual members who may have attended or were associated via social-media with the racially-offensive party," he wrote. "These actions are in direct violation of Pike's code of conduct, and appropriate disciplinary actions will be taken."

History professor Danny Widener, who directs the university's African American studies program, said he was outraged but not surprised by the party. He said African American students comprise less than 2% of undergraduates at UC San Diego, which he described as inhospitable to them.

"The campus climate is one in which you are constantly regarded as a statistical anomaly at best," he said.

Widener also criticized Fox's response as "tepid" and urged strong action against the party organizers, including expulsion if they are found to have used UC computers or facilities to send the invitation.

"If campus climate is important, a message needs to be sent that this is not acceptable," she said.

In Sacramento, Assemblyman Isadore Hall III (D-Compton) said leaders of the Legislature's black, Latino, Asian Pacific Islander, gay and women's caucuses would gather outside the Capitol on Thursday to condemn the party.

UC SAN DIEGO LIKE UCLA AND UC-BERKELEY IS THE TOP 3 PUBLIC COLLEGES IN CALIFORNIA. UC SANDIEGO IS A NEUROSECIENCE GIANT, IT IS BASICALLY A SCIENCE SCHOOL. IT HAS ALWAYS BEEN LIKE THAT THERE.THEY BEEN TRYING TO GET BLACK PEOPLE TO GO TO THE SCHOOL BUT THEY WILL NOT GO..IT HAS A COMMUTER FEEL TO IT. NO FOOTBALL TEAM.. NO ENERGY THERE.. JUST A BUNCH OF SMART PEOPLE TRYING TO GET TO CALTECH.
A

DARKSIDE MAGICK said:
UC SAN DIEGO LIKE UCLA AND UC-BERKELEY IS THE TOP 3 PUBLIC COLLEGES IN CALIFORNIA. UC SANDIEGO IS A NEUROSECIENCE GIANT, IT IS BASICALLY A SCIENCE SCHOOL. IT HAS ALWAYS BEEN LIKE THAT THERE.THEY BEEN TRYING TO GET BLACK PEOPLE TO GO TO THE SCHOOL BUT THEY WILL NOT GO..IT HAS A COMMUTER FEEL TO IT. NO FOOTBALL TEAM.. NO ENERGY THERE.. JUST A BUNCH OF SMART PEOPLE TRYING TO GET TO CALTECH.
Click to expand...

What it gots going for it is a great climate - weather not social - and is close to the border. cheap prostitutes.

I MEAN DONT GET IT TWISTED, IT IS A GREAT SCHOOL IF U HARD KNOCK ACADEMIC AND YOU LIKE TO COMPETE. YEAH THAT WEATHER NICE AND TORREY PINES IS RIGHT NEXT DOOR SO YOU CAN HIT THE LINKS.
A

hit the links?
you play golf?
you gonna like florida then. 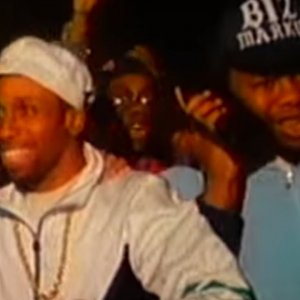