Its hard for parents to guard their baby girls and raise their boys to do right.

i have a daughter and i surely don't want her going thru this similar ordeal. lawd knows i will lose my mind if a police came to my door and said that my daughter was raped and that somebody video-taped it. i would be even madder because some idiot doing the taping didn't do nothing to stop it.

Rape is a serious crime. that's why i keep stressing to my son about hanging out with guys who thinks girls are out for one thing. i tell my son everyday if you are out with friends and they get to speaking inappropriately about what girls are, think about me or your sister,...... would you want them to say that about your sister or me?... then i suggest to him about leaving certain people alone.

MimiBelle said:
'Stupidity all around'? Uh...no.
The girl's judgement was ridiculously poor. The actions of those males wasn't merely 'stupid'. It was disgusting, sociopathic and downright criminal.

This is about half the reason as to why why women don't report rape. Hell, who could blame them? They're dehumanized during the act and ripped to shreds when they actually seek help and justice.

Of course, it's always annoyed me that so many young females simply lack a self-protection instinct.
They're too trusting.
So...age and group-think? You've got a point...because this is something that usually happens to young females.
Older women know better than to get drunk around a bunch of males or entrust any male other than their family member, close friend or mate to safeguard their virtue when they're too inebriated to defend or speak up for themselves.

cherryblossom
I do not drink around men, for reasons already stated. They see a drunken girl and think it's a 'free for all'.
I don't say that every man is a closet rapist. In fact, I don't know what the hell I'm saying.
I'm just sure that it's pretty sexist. *laugh*
But...hell, KEMETSTRY alludes to it (by calling the victim 'stupid' for being passed out at a party). He's a male and has more of inkling than I would.
So I can't be too far off base.

Let's be honest, it's not like it's 'us women' who run around making jokes and singing songs about 'pulling trains' on other women.... That's male thing.
Until THAT aspect of 'male culture' is addressed? Things like this will continue to go on and people on the outside will continue to blame the victim, alone.

The message should be about more than 'Women...don't let yourself get raped'.
Why not also focus on those who commit the acts? Y'know...the rapists and those who can observe a female literally dragged to/fro by the limbs and actually believe that she's a willing participant...?
Since when could an incapacitated individual give consent?
It's called 'voyeurism'...hello?
Those weird little freaks who took the pics, sent the texts and took the videos are just as guilty.
Click to expand...

No, she was stupid! Getting pissy drunk at a party is stupid. You dont get a pass because of what happened. I'm sure it will be a looooong time before she does it again. This is what I mean by enabling. Its wrong to do what she did. The result is tragic. But the behavior was stupid

cherryblossom said:
Well, Sister, what Kemetstry meant by "age and group think" was referencing the mindset and attitudes of ALL the teenagers involved, directly/indirectly, or with knowledge of this rape.... the boys who did it, those who witnessed it, the ones who heard about it and sent further text messages to their friends, the ones who even made a video joking about it and even the other girls who heard about it.

However, my point to Kem was about how this entire mindset is not restricted to this age group but to adults as well. ---- "Jock Culture" is a manifestation of a psychological mindset that excuses and minimizes the behaviors of athletes for the sake of the sport, football/basketball...

In this town, many of the children, the parents, and other adults were guilty of "Jock Culture" when this happened and still are.

However, no, it isn't "usually young females" that this happens to. Many older women have experienced the same or worse involving alcohol.

Alcohol affects one's inhibitions. So, even many adult women and men will engage in behavior they wouldn't normally do, not just sexually but otherwise as well. (This is mainly why you can't go get a tattoo while drunk any more. lol) Many men and women have gotten tattoos after a night of drinking and then regretted it in the light of sober day.

Moreover, by the time the girl and her parents found out about what happened, it was too late for a rape kit or a toxicology test to determine if she'd been possibly drugged as well.

But, as for drinking and bad judgement calls, many so-called adult men and women still drink to excess, not knowing when to say "when," and engage in irresponsible behavior, be it going off with strangers to driving a vehicle under the influence.
Click to expand...

Stop putting your lies in my mouth

MsVeraisblessed said:
Its hard for parents to guard their baby girls and raise their boys to do right.

i have a daughter and i surely don't want her going thru this similar ordeal. lawd knows i will lose my mind if a police came to my door and said that my daughter was raped and that somebody video-taped it. i would be even madder because some idiot doing the taping didn't do nothing to stop it.

Rape is a serious crime. that's why i keep stressing to my son about hanging out with guys who thinks girls are out for one thing. i tell my son everyday if you are out with friends and they get to speaking inappropriately about what girls are, think about me or your sister,...... would you want them to say that about your sister or me?... then i suggest to him about leaving certain people alone.
Click to expand...

Its not hard at all. I raised a boy to manhood. My 1st teaching as he reached puberty was against group think and following the crowd. I chose similar headlines in the news. I understood the hormonal drives. I also told him, that had nothing to do with his choices. There were plenty of sisters who were willing. No meant no. No excuses

AP Photo: Steubenville Herald-Star, Michael D. McElwain, Pool. Football players rape charges: Ohio Attorney General Mike DeWine, right, answers questions about the successful prosecution of two juveniles in a rape case during a news conference Sunday. On Tuesday, he said threats on Twitter represent the continued victimization of the girl in the case and demanded an end to such postings. IMAGE

7 hr ago By Andrew Welsh-Huggins

Ohio Attorney General Mike DeWine demanded an end to threats and Internet postings against the girl who was raped by two high school football players convicted in the case.


COLUMBUS, Ohio — Threats on Twitter represent the continued victimization of a girl who was raped by two high school football players, Ohio Attorney General Mike DeWine said Tuesday as he demanded an end to such postings.
Two girls, 15 and 16, were accused of posting the tweets Sunday following the conviction and sentencing of two boys for raping the 16-year-old West Virginia girl after an alcohol-fueled party.
The older girl was charged with aggravated menacing for a tweet that threatened homicide and said "you ripped my family apart," according to the attorney general's office. The girl is a cousin of defendant Ma'Lik Richmond, attorney general spokesman Dan Tierney said Tuesday.
A Twitter message from the younger girl threatened the accuser with bodily harm, leading to a menacing charge, DeWine's office said. One of the messages was later reposted on Facebook.
Such threats have to end, DeWine said Tuesday.
"People have the right to express their point of view, and they have the right to be stupid, and they have the right to be wrong, but they don't have the right under Ohio law to threaten to kill someone," he said.
This is not the first time the girl and her family have been threatened through social media, DeWine said.
"What's sad particularly to me is that the victim has had to go through the rape, the aftermath of the rape, the trial, and she continues to be victimized on the social media," DeWine said.
The girl, who had been drinking heavily, has no memory of the attack. One of the ways she learned that something had happened to her was by viewing parts of a 12-minute YouTube video filmed the night of the attack in which students made crude jokes about her.
Related: 2 girls charged with threatening Ohio rape victim
The two girls were charged Tuesday with intimidation of a victim, telecommunications harassment and aggravated menacing. They were being held in the Jefferson County juvenile detention center without bond, as is customary with juveniles, said Jefferson County assistant prosecutor Sam Pate.
They would face up to seven years in prison if convicted as adults, but it's likely they would be treated as juveniles. That means they could be detained up until their 21st birthdays, if convicted. 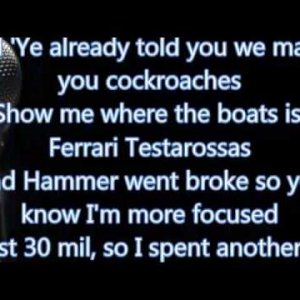