Wow has anyone read about the twin Pyramids found in Niger? Here is the link--> http://newsrescue.com/twin-pyramids...ey-garba-nigerian-egyptologist/#axzz3AkJQUF78

Now look at this all the way at the bottom of the page almost.''
ebruary 29, 2012, after seven years of research on ancient Egyptian texts, including THE BOOK OF DIVINE COW, deciphered in Hausa, Nigerian researcher named SOULEY GARBA had discovered two ancient circular pyramids and a sphinx in advanced state of degradation over a wide expanse of sand from the village of Dan baki Tirmini in the town of Zinder in the east of the Republic of Niger.

Through research, SOULEY GARBA found that Zinder, Niger’s former capital until 1926, was regularly cited in all ancient Egyptian texts as the starting point of Egyptian civilization.

You could easily recognize Zinder card drawn for millennia by ancient Egyptians and taken over by the old settlers in 1884 when the frontier line of Black Africa, by this hieroglyphic character:

Now further up it says.''Garba explained that years of study of the hieroglyphic texts led him to the name of the village where he discovered the pyramid. He believes that the point of origin of humanity is in Niger. From there people spread into Chad, Nigeria, Sudan, Egypt, Yemen and Saudi Arabia. He has not attempted to explain the presence of more ancient monuments in Southern Africa, Turkey and China"
======

Now that is interesting. Now someone mentioned on another thread that they believe that the origin of human kind actually started from the west africa instead of the east. So there was a west dispersal towards the east than back from east to west. Makes perfect sense.

Now it has always been my belief that there is untold treasures found in west-central africa that has yet to be explored. The Europoids have focused on NE Africa and cut out the rest of africa. So I'm thinking more cities and pyramids will be found more and more all over west-central africa. They have already found the 200,000 year old civilization in south africa. What else will they find?

Dreya said:
interesting - ive always believed we fixate a bit too much on egypt / kemet - always seemed to me that even though it goes back to around 3500 bce or something thats still way to young for the first african civilisation - theres probably quite a few older civilisations out there waitin to be discovered
Click to expand...

Exactly. I truly hoped that our black archeologist would start to focus on west africa and maybe start digging stuff up. Although I do believe that Egypt is alot older than these people lead on.

Shalai said:
Exactly. I truly hoped that our black archeologist would start to focus on west africa and maybe start digging stuff up. Although I do believe that Egypt is alot older than these people lead on.
Click to expand...

Here's a Thread I think you will enjoy Shalai, also here's a posted excerpt from that Thread giving credence to pyramids in Niger:


Are You REALLY proud of your African heritage?
Discussion in 'Black People Open Forum' started by Knowledge Seed, Oct 1, 2013.

we will find these ancient civilisations eventually im sure - did any of you catch the documentary that showed how large parts of the amazon rain forest were deliberately planted by an ancient indian civilisation - theres some stuff about it here....

by the time all the research is done i think were gonna be left with there bein ancient cities all over the world - almost....
cuz no doubt while all this was goin on 'superior' europeans were sat in there caves starin out at the rain and wonderin if it was gonna be mammoth again for supper or if they should cook uncle Bert instead
Share:
Facebook Twitter Reddit Pinterest Tumblr WhatsApp Email Share Link 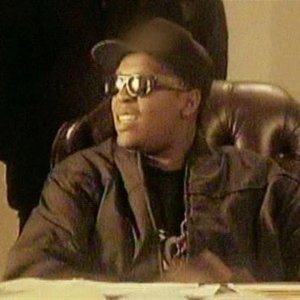