You're going to want to read this. This happened to me yesterday when I was listening to a millionaire interview with a multimillionaire. The millionaire is a relatively new entrepreneur and the multimillionaire is a seasoned entrepreneur. It was a good interview. The multimillionaire named several books to read about how to make money, none of which actually dealt with money but the mind. And that's when it got good.
For those in the know you could definitely hear the catch phrases and be aware of the origin of his author's knowledge. As per usual it was white men giving props to their mentors, other white men for broadening their horizons to thoughts otherwise unheld. But they always stop short of the bridge that unites their mentor knowledge to African origins.
Of the laws of the universe, vibration is probably the most important. Call it magic, call it science, call it witchcraft, call it whatever you want but facts are facts, you can bring stuff into reality by thinking it. That of course is an oversimplification. But the business of belief is a sound principle. Everything we perceive is vibrating. When we vibrate at a certain frequency we sync to it. Kinda like if someone texts you from across town, or across the planet for that matter. Only without a phone. We do it all the time when you think about it. How many times have you been thinking about someone and they just call you up from out of the blue. And what do you say? 'I was just thinking about you..'. Sometimes you show up and folks say, 'we just talked you up. We were discussing you just before you got here.'.
This **** is real. All the mega rich people all say at some point they were focused on what they wanted. If they were broke and depressed they didn't focus on that they focused on being in a better situation. They would write down their goals and speak it out loud. They would syc to that which they desired. If you think about the baptist churches 'making a joyful noise', or the catholic churches 'singing hymns', or witches reading from books of magic and casting spells, or vudon performing rituals with music, dance, chanting with sacrifices, it's all the same soup. Prayer is the greatest example. At some point in time whether you were raised in the church(which most of us were), or were around others who prayed you've heard or participated in this one, 'Our father, who art in heaven-how would be thy name. Thy kingdom come, thy will be done-on earth as it is in heaven..' The whole prayer is super powerful when you put it in the proper context. But think about that part, 'thy WILL be done'. We are god's children(whatever god, or spirit or whatever you believe in). His will is ours to execute. Just like if someone tells you to do something and you respond, 'I will.'.

Just think for a second.

We've been doing this our entire lives but superficially. We 'will' **** to happen all the time. Not necessarily miraculous actions(although sometimes we do throw those hail mary's), but we 'will' ourselves to achieve. That will be belief. Those beliefs are thoughts. Those thoughts are frequencies. Those frequencies are energy. And that energy is neither created or destroyed, it ONLY CHANGES FORM. In other words we 'will' into existence our intangible thoughts into tangible reality. Do yourself a favor and read this paragraph again.
Whatever you think about the most, you will have it. The more defined you are about it, the greater likelihood you'll get it. So you can't just say, 'I want money.'. You'll get money. A penny is money. You can't just say, 'I want to be a millionaire.'. If you work at McDonalds for 50 years and don't spend a dime, you will be able to save a million dollars. Get it. You really have to be specific. Put the who, what, when, where, and how on it. Write it, read it, recite it out loud, before you go to bed and as soon as you wake up. When you really and truly understand how this works. When you comprehend it to the point where you believe it like gravity..as far as these mega gazillionaires are concerned, you'll get it. It worked for them. and the crazy **** is, they got it from us. Or our ancestors at least. And by ancestor's I'm talk'n bout the grands and great aunts and uncles. If you think about 400 years of ******* slavery, Jim Crow, disinfranchisement..folks our ancestors were in ******* chains.. and here we are today look'n at their master's ancestors eye to eye like, 'yeah, I can move about in the same space you move about and there's not a **** thing you can do about it.'...if that aint the most hardcore reality of manifesting an idea into reality..Jack, I don't know what ta tell ya. Let's get our frequencies in order.
It's time for a tune up. 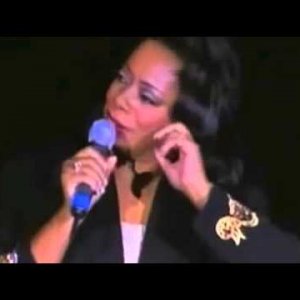