Amnat, you KNOW you are mami so go 'head and send the picture. follow the path...


Related Stories
SAMBURU: There is “HOPE”
Ethiopian Cultural Celebration/Reach Hope Foundation
Grammy Winners
Akon attends the 2008 Spirit of Life Awards
Recent Stories
January 13, 2010
Angelique Kidjo returns with her next studio album – “OYO”, out February 9th
January 12, 2010
Africans nominated in the 41st NAACP Image Awards
January 12, 2010
Zap Mama Nominated for an NAACP Image Award.
See all stories
Although considered a crime against humanity, slavery is still a reality that comes in different forms around the world. With Punctured Hope: A Story About Trokosi and the Young Girls’ Slavery in Today’s West Africa presented in Montreal at the Festival des Films du Monde, the director Bruno Pischiutta exposes a little-known tradition dating back over 300 years.

An image from the film 'Punctured Hope'


According to the cult of “Trokosi”, as practiced in Ghana, Togo, Nigeria and Benin, the gift of a young virgin to the shrine of the village by the family of an individual who has committed a serious social offense or crime, helps to soothe the anger of the gods and avoid reprisals against the rest of his family. Thus, the girl makes the atonement of crime by serving the priest and the sanctuary for a three to five year period after which the family can request its return, a right whose families rely only rarely, fearing a new curse of the gods. Young women thus often spend their entire lives with the priest and, in the event the young woman escapes, or dies in the shrine, she must be replaced by another virgin from the same family. The film, Punctured Hope, puts this tradition at the heart of its intrigue by telling the story of Belinda Siamey, a real victim of the “Trokosi” cult, and lead actress of the movie. In Punctured Hope she reenacts her own ordeal: after her uncle is found guilty of theft, she is sacrificed for the sake of her family and is offered to the shrine of her village to become a “Trokosi” or “wife of the Gods” in the Ewe language. Thus, it is without her consent and on the eve of her exams that a young Belinda (Edinam in the movie), aged 15, becomes the slave of a priest that looks more like a slightly sadistic fetishist.

With an Italian director and under Canadian production, this film was funded and produced by Toronto Pictures for 5.8 million dollars, was conducted by a team partially composed of Ghanaians mostly from the Film Academy of Ghana (an institution created by Bruno Pischiutta in 2005), and directed by Kingsley Obed Sat. Sat is the one that brought Toronto Pictures to Ghana and informed them of the issues presented by Punctured Hope for which he wrote the original version of the script.
Shot in Kpobikofe a village of 4,000 inhabitants located about 40 kilometers out of Accra, the film plunges us into the daily routine of this locality between animalist rituals, heavy drinking sessions, meetings around the village chief and the life in the shrine. Punctured Hope opens a window to this cult and reveals the suffering of these young women, abandoned by all to satisfy a tradition they do not understand. Between deep rejection and resignation we discovered women whose feelings and bodies are deeply hurt.

While it appears that Western filmmakers are more inclined to turn to documentaries to expose this type of reality, with a fiction in which the protagonist tells her own story, Bruno Pischiutta first manages to bring us close to the village to let us understand its dynamics and politics before putting us face to face with the cruelty of this practice and the heartbreak it causes within the communities where it has now raged for several centuries.

Belinda Siamey’s acting, if not the most fluid, does deliver one of the most poignant moments of the movie when she goes through sexual abuse for the first time after her entry in the shrine. The realities of this cult are clearly set out by the actresses playing the “Trokosi”, sometimes even with too specific words; the young “Trokosi” often refer to “sexual abuse” a term too explicit, somewhat reducing the authenticity of the speech, but serving the purpose of raising awareness as expressed by the director and his production company. Punctured Hope is a definite must-see, not only to expose a too little-known tradition (in Africa and elsewhere) but also to discover great Ghanaian actors such as Samuel Ruffy Quansah and a soundtrack, far from the usual clichés, by Austrian composer, David Brandstatter, and performed by members of the Vienna Philharmonic Orchestra. The beauty of the image, and the will of the director and writers to go beyond the outright demonization of the followers of this tradition outlines the ongoing frictions within the community, and within the sanctuary, about the future of the “Trokosi” cult, making this film a great discovery that I highly recommend.

awo dino said:
Amnat, you KNOW you are mami so go 'head and send the picture. follow the path...
Click to expand...

Ghana : This woman is changing transportation in Ghana with bikes made from plants 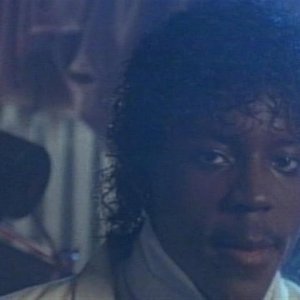