Seasons where specific timing in how they align themselves such as once tribe up all Queens were One therefore all Sons and Daughters we also. They would not interest in giving names individually to each and Son and Daughter as they all had ceremonies together during conception of each and every Son and Daughter clock of destiny given names before they were born. Making them the official custodians, authors, as infinity and destiny to the tribe called BLAQ. All children were the Muthaz children as each and every last one got equal share of harmony raising them up balanced. This deter jealousy and envy and once the season was right after clocking every degree the children now as Prince and Princess would go out on ah 8 day and night search in a specific area of the Earth to bring back true one and only to the empire to help acquire land acres and expand the BLAQ ROSE rule over time with BLAQ LOVE. Like the birds of the winter they go in search fore summer though first comes spring. Once bonded and married we become a larger tribe without problem to no other only interested in population growth plus business. This forms ah unique strong bond of people plus increase wealth, honor, and the imaginable glory fore peace and life as we all know.

Kings were One as the Queens making numbers equal 64 verses 64 with the children as Sons and Daughters taken in as at-risk children from the streets. The Kings and Queens had already chosen each other to prevent jealousy and envy plus off-balance in order to focus on the main love at hand which was just being at peace with life loving how their world goes round and round as each deuce took care of 64 sons and daughters collectively always preparing their era filled with periods ahead of time. It was written that these people love each other peacefully taking care of life twogether as planned.

The 64 children were to grow-up and did grow-up beautifully sown intelligently plus maneuvered carefully depending on the world's season predicted when they were going to court the opposite while under disguise. See they knew the world was in turmoil often clashing fore reasons known not handled properly so they took caution of who they were going to marry in a very spiritually way as whoever were going to be married on as King and Queen would definitely be apart of us fore life. Our only mission was to plant as many BLAQ ROSES we could on the land not being occupied worldwide. It were heaven's destiny to smell what is below going on above.

Once the Queens and Kings had their children the empire would grow with more children as Prince and Princess to be then going off to bring back their lovemate fore life. Each Queen made books of the rulers as each and every last one of them were rulers though over specific parts of the empire collectively as one. If a position were needed as a King Tutu Ihy Shayheh for the empire then they would write one recorded to the inner circular library within a specific BLAQ ROSE. Each nu Queen and King married into the BLAQ went through their perspective warrior/ess course and of course regular duties as a Queen and King to the people and not over the people incoming at the fourth manse on every BLAQ ROSE. Every BLAQ ROSE had a special spot for the visitors who wanted to come and see us at the fourth manse.

It was all about investment of business and economics with of course studying nature that brought about BLAQ LOVE. We knew once we had the land then riches were no problem as wealth were the solution always thinking proactive. See we work hard and play hard plus had everything you could imagine of natural beauty minus the heavy industrialness. We all knew accountancy plus currency with of course the right decision to do right depending on the seasons worldwide to expand in land. We served the outer bull's eye on target dotted everytime holding on to our four pillars of equality which were invisible, invincible, indivisible and immortal. We played our scripts as the movie of a lifetime across reels as chronological timelines of periods within an era that never stopped nor did they see it coming.

Writing Discussion : It's Called a "Round Robin"
2 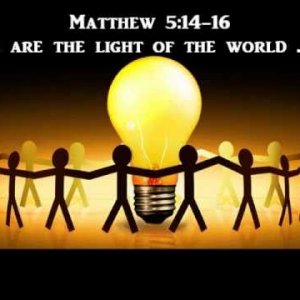