Black People : Trayvon Martin Juror B29: ‘George Zimmerman got away with murder’

KingSango said:
People are talking about Trayvon Martin and making Trayvon into a side issue of the real problem. The problem is White Americans thinking they can do whatever and whenever they feel like it towards Blacks especially blackmen. Lots of Blackmen everyday get criminalized for doing nothing, shot and killed by whites in uniform or out of uniform for nothing. It's simply not practiced anywhere on Earth but in this country where a man who hasn't committed any crime can end up dead and the killers usually white police officers get to walk away scott free. This should be the real argument because George Zimmerman was simply doing what is done quite frequently in this nation, kill Blackmen for nothing and then claim self defense.
Click to expand...

The real discussion/debate/argument should be what are Afrikans going to do about it!!!

asmith161718 said:
We she get on that Judge for acting Ratchet-


Judge Debra Nelson has elicited a number of headlines in the closing days of the George Zimmerman murder trial, including snapping at a defense objection and walking out of a late-night session while the defense was making an argument.
http://www.theblaze.com/stories/201...gs-you-may-not-have-known-about-debra-nelson/

Most analyse say that it was her instructions to the jury that allowed the him to walk. It's a shame that cases like these are decided by instructions made by one person the judge. there has got to be a better way. Maybe a committee of 3 or more?

Also she shouldn't have been allowed to oversee this case in the first place since the Murder's lawyer made a campaign contribution.

Records show that for her first election campaign, Nelson’s “financial supporters included Zimmerman lawyers Mark O’Mara and Don West… O’Mara gave $250 to Nelson’s campaign, while West–who has tangled frequently with the jurist as he has defended Zimmerman against charges that the neighborhood watch volunteer murdered Trayvon Martin–donated $100,” the Smoking Gun reports.
Nelson ran unopposed for reelection in 2006 and 2012 and sought no contributions for them, though the Smoking Gun reports she loaned $50,000 to her 2012 campaign “last January. But after paying a $5687.12 qualifying fee and an $18 bank charge, Nelson repaid herself $44,294.88 on May 1. It is unclear why she loaned so much money to her campaign, only to have it returned three months later.”

Corrupt judges are worst than corrupt police officers because judges are allowed a huge latitude of discretion seeing they are making judgements. And a judge can simply be making a judgement based upon their own bizarre or perverted or prejudice beliefs. Quite frequently judges decisions are overturned in higher courts because the lower court judge made a ruling that went directly against the constitution and universally accepted human rights. A corrupt judge can be handled with the proper objections, the right motions out of fear of appeal and having their rulings overturned, but simply in this case the prosecution was pro-Zimmerman. The entire law enforcement community was watching this because white police officers have been killing blackmen unjustly for years and walking away scott free all of the time. Like I said before, this case wasn't about Stand Your Ground or George Zimmerman but the unspoken, unchallenged and unjust hidden law of taking the lives of Blackmen without any consequence.

Make sure you expand.. my post and read. There was juror visits by family and friends every weekend. It is a mistrial.

So what we gonna do? Make some more marches... give some mo... speeches or petition because of a mistrial at: http://www.whitehouse.gov/blog/2011/09/22/petition-white-house-we-people

Petition the White House with We the People
Click to expand...

If a juror does not agree with the other jurors. A mistrial is called.

The case then has to retried.

If the state wants to do so. Feeling the guilt if any. Or like the culprit of causing a mistrial should not be a factor argued between the jurors behind closed doors. Being pressured or coerced and wanting out of the stressful situation could cause someone without a high enough tolerance to cave in.

This juror is suffering from that guilt. She could have held out, but couldn't over-come the pressures within the sequestered room of other jurors.

Isn't that bullying, tampering it's self?

For many years, the Constitution was interpreted as guaranteeing a trial by a 12-member jury.

Six women were selected in the second-degree murder trial.

In Williams v. Florida, a Supreme Court ruling in 1970, it was decided that at least six persons is "large enough to promote group deliberation, free from outside intimidation, and to provide a fair possibility for obtaining a cross-section of the community."

One concern that arises over smaller jury sizes is that they do not as effectively represent the community. In Zimmerman's trial, where race and ethnicity play a prominent role in the case, the court has not disclosed the racial makeup of the jury. However, some reports have said the panel consists of five white women and a sixth woman who may be Hispanic.
Click to expand...

People who serve on the jury of a criminal case may have a hard time reaching a verdict.

A hung jury occurs when jurors are unable to reach a final decision about the guilt or innocence of the defendant. The foreperson is required to notify the court when this happens. The trial judge can request the jurors to continue their deliberations.

If that fails, a mistrial must be declared. At that point the defendant is free to go and the prosecutor must decide whether to re-file charges and try the case again.

Jury Tampering
The prosecutor may request the jury be sequestered in high-profile cases where jury tampering is likely to occur. If the judge agrees, jurors will be put up at a local hotel and secluded from contact with other people. Jury tampering is the attempt to influence a juror by doing the following:

These jurors spent time with family every weekend. whispers of fears, court dilemma and pressures.

The gist is that the jurors in the Zimmerman trial did not, in fact, look anything like the 12 Angry Men and were permitted, for two hours on the weekends, to have contact with their families, ergo there was tampering and the verdict is illegal or something.

Actually, yes, you can declare a mistrial after the verdict in cases where jury tampering is found. Florida has multiple cases of it on record and validated all the way up to the SCOTUS.
Click to expand...

In a statement by the Sheriff’s office, this was elaborated upon:

Jurors watched television and movies, exercised at the hotel fitness center, and spent weekends being visited by family and friends.

Hold on a second. The Sheriff’s office did not take them away from their families, they had access to them over the weekend! However, they were carefully monitored to prevent jury tampering at least, right? To verify this statement, AI’s own Dr. Mark Bear contacted them, telling us:


Just verified with Heather Smith, from the Seminole Country Sheriff’s Office at 407-474-6259. She states, “Generally speaking, jurors serving on the Zimmerman trial were afforded two hours of visiting privileges with family of friends each weekend.” I asked what she meant by generally speaking,” and she states, “there were more opportunities afforded jurors but not all took advantage.”​
Click to expand...

​
An individual may be found guilty of jury tampering if they intended to influence a juror's vote or opinion in the criminal case. They can be charged with a crime if their actions were viewed as directly or indirectly attempting to communicate with a juror. This includes people who have been convened in a grand jury or any potential juror who has been summoned to serve. Judges have even been accused of jury tampering for unfairly dismissing a juror who is holding up deliberations. Jury tampering is a felony offense in every state throughout the nation and it carries severe penalties.
Click to expand...

I concur on this. I'm new here, but wanted to add a further thought. In a discussion on Facebook (a black singles group) about this, way back when this thing first happened, CNN's Anderson Cooper played a tape in which Zimmerman described Trayvon Martin as "a f___ing ____ ." The first word was quite clear, the latter word was barely audible, but it rhymed with moon. My guess, and I believe a reasoned one, it sounded like "coon," and that is clearly racial. Then, mysteriously, that recording simply disappeared off the face of the earth, it seems. To the best of my knowledge, it did not come up again. Zimmerman totally ignored the 911 operator's instructions not to pursue. Why? Was there something about Martin he simply didn't like? I think we know the answer. Zimmerman was the aggressor here from the beginning, confronting Martin. Interesting thought, had Martin been carrying a gun, could he have feared for his life and shot Zimmerman under "stand your ground?" My thinking is that Zimmerman's actions were intended to provoke. And with a kid finding himself confronted by an unknown (remember, Zimmerman never identified himself as "neighborhood watch," he simply pursued Martin). The provocation worked. Probably what Zimmerman did NOT expect was a kid who started to whip his ***, stemming from Zimmerman's provocation which, again based on the 911 operator's instructions, seems very deliberate. Somehow, Zimmerman's intent was never fully explored, and suddenly and inexplicably, he becomes the "victim" who has to "defend" himself under "stand your ground." There are answers we'll never get. But Zimmerman's trouble with the law since then, plus that reported "staged" highway rescue, sheds some additional light on Zimmerman's character, and not particularly favorable. I am more than satisfied race was involved, and then conveniently manipulated out of the jury's consideration. If there is any "justice" to the injustice from the verdict, Zimmerman will be looking over his shoulder the rest of his life.

chuck said:
So many either play the victim or react as though our relations have no control over their lives...

I seek to inspire some of them to be warriors and carry on that family tradition...

Chuck, what are you talking about?

TO HAVE A FRIEND, ONE MUST FIRST BE A FRIEND 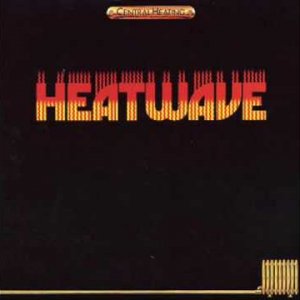