Hi Every Body,
How are you all? Motion sickness is very common. There are no reliable statistics but it is estimated that, in America and the UK, a third of the population is affected to some degree. The symptoms include, drowsiness, headache, nausea and vomiting.

Although various factors such smell and memories of previous unpleasant incidents play a significant role, the principal problem lies with the brain receiving mixed messages.

Your brain spends much of its time processing information concerning position and movement from different parts of your body. The system works well - so long as the various sources of information agree with each other. But when your eyes tell you one thing, the vestibular system in your inner ear (which monitors balance) tells you something different and the receptors in your skin, muscles, joints and spine disagree with both of them - things are liable to go a little haywire and you won't be feeling your best.

For example, say you're on a ship in rough weather: your inner ear tells you how you're moving relative to the 'ground' beneath you. But that information is based upon the ground staying still - and your eyes are informing you that the 'ground' is moving independently (because it's the ocean). And it's worse if you look at something inside the boat. Then your eyes tell you that you're stationary - while your vestibular system insists that is definitely not the case.

Travel sickness is more common in children, possibly because their vestibular systems have yet to mature, and in pregnant women thanks to altered hormone levels.

So what can you do about it - apart from never going anywhere?

The answer breaks down into:

Things You Can Do

* Minimize the conflicting information being sent to your brain by reducing the amount of movement to which you are subjected. So, sit above the wing in a plane, or in the middle of a boat, at the front of a train, or in the front seat of a car.

* Minimize visual input by keeping you eyes closed where possible or wearing sun glasses if that isn't possible.

* When your eyes are open, focus on something outside the vehicle because your brain won't be expecting that to stay still - unlike, say, the seat in front of you. If possible, face forwards because then objects won't be moving across your field of vision, which can be hard work for your eyes (another reason to sit in the front of a car).

* Do not try to read; the print will not stay still. The same goes for computer games.

* Distract your brain by listening to music or having a conversation.

* Avoid eating or drinking anything that stimulates the vomiting center in the brain. Large meals, fatty foods, alcohol and caffeinated drinks such as tea, coffee and cola all come into this category.

* Ultimately, if you can stand the pain of getting to that point, the answer is to become a seasoned traveler because, with practice, the brain will eventually learn to make sense of the conflicting signals.

Things You Can Take

Many natural remedies have been suggested for travel sickness but ginger is the only one with any degree of scientific support - although the small amount of quinine in tonic water does appear to help reduce feelings of nausea. The other natural remedies seem to rely on the power of suggestion (which can be very powerful). Ginger speeds up emptying of the stomach into the bowel so you are less likely to be sick. 2g of fresh or root ginger are recommended but even ginger biscuits or tea will help.

The most effective drug for motion sickness is hyoscine hydrobromide, which works by blocking massages from the vestibular system in the inner ear to the vomiting center in the brain (fewer conflicting messages). Hyoscine is the active ingredient in many proprietary travel sickness tablets (e.g. Kwells, Joy-Rides) but, unfortunately, it wears off quite quickly and can cause drowsiness.

Skin patches containing hyoscine are also available on prescription. These are effective for up to three days but have to be applied several hours before traveling.

Sedative antihistamines such as cinnarizine (Stugeron) are also effective. They don't work as quickly as hyoscine but they last longer. And, as you probably gathered from the word 'sedative', they can cause drowsiness.

So, although the effects of motion sickness can be severe, they can be controlled, and eventually eliminated, by a combination of doing the right things and, where necessary, taking appropriate medication.

Though for others that do I'll whip them this post!
M

I got motion sickness on a boat once and then i felt better once i got on the land and ate some soup. 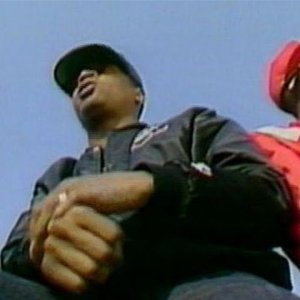