In the year 325 AD, that is, about three centuries after Jesus Christ, the men of the church held a meeting to discuss the nature of Jesus: Is he a human being, a messenger or a god embodied in a human being? After long discussions, the meeting concluded that he was an apostle. But the decision did not please the Emperor of Constantinople at the time, so he dissolved the Synod and appointed new priests. Discussions took place and they came to the decision for which the emperor appointed them; It is that Christ is a human God. Thus, Jesus attained the rank of gods by voting, and at that time, Jesus was the first to be appointed as a god by voting!

Finally, the evil of the scourge is what laughs!

There is an edition of the Christian book editions called the "Revised Edition" that is: revised and amended. How is it permissible to revise a book that is the word of God?! How do they fix it?! The word of God is not tampered with by anyone, neither revision nor revision nor addition..


One of the five pillars of Islam central to Muslim belief, Hajj is the pilgrimage to Mecca that every Muslim must make at least once in their lifetime if they are able; it is the most spiritual event that a Muslim experiences, observing rituals in the most sacred places in the Islamic world. Mecca is the birthplace of the Prophet Muhammad. The sanctuary there with the Ka‘ba is the holiest site in Islam. As such, it is a deeply spiritual destination for Muslims all over the world; it is the heart of Islam.
At the heart of the sanctuary at Mecca lies the Ka’ba, the cube-shaped building that Muslims believe was built by Abraham and his son Ishmael. It was in Mecca that the Prophet Muhammad received the first revelations in the early 7th century.

Therefore the city has long been viewed as a spiritual centre and the heart of Islam. The rituals involved with Hajj have remained unchanged since its beginning, and it continues to be a powerful religious undertaking which draws Muslims together from all over the world, irrespective of nationality or sect.


Even before Islam, Mecca was an important site of pilgrimage for the Arab tribes of north and central Arabia. Although they believed in many deities, they came once a year to worship Allah at Mecca. During this sacred month, violence was forbidden within Mecca and this allowed trade to flourish. As a result, Mecca became an important commercial centre. The revelation of Islam to the Prophet Muhammad (d. 632) restored the ancient religion of the One God to the Arab people and transformed Mecca into the holiest city in the Islamic world.

And that the first person to enter Paradise will be blessed with his soul and body, our Prophet Muhammad, peace be upon him,

Jesus, peace be upon him, (with his body and soul) is in one of the seven heavens, not in the Paradise

The Prophet Moses, peace be upon him, was mentioned several times in the Qur’an

Islam does not differentiate between the prophets, they are all brothers, and one message is that God is one, not three, and not a human being

appeared close to seventy times, which exceeds the number of times that of names Some messengers and prophets!

Previous prophets were sent to a particular group of people and their message was supposed to be followed for a particular time period. Since previous revelations were time-bound, God did not preserve them Himself.

the Quran cannot be compared with the previous Scriptures. The Quran is unique in many aspects. It is the final revelation to mankind. Previous scriptures were sent to their respective people only. The Quran is universal.

So God promised to protect the Quran

none of these scriptures exist today in their original form or in their entirety.

The calendar year of Islam begins not with the birthday of our prophet (peace be on him), not from the time that the revelation came to him (Bethat) nor from the time of his ascension to heaven, but with the migration (Hijra) from an undesirable environment into a desirable place to fulfill Allah's command. It was migration from a plot that was set by the leaders of the Quraysh who were plotting to kill prophet Muhammad, and to destroy the truth that today is being conveyed to mankind everywhere against tyranny and injustice. Their purpose was to destroy the foundation of the Islamic state, the Sunnah of the tradition of the prophet, and to prevent the revelation being delivered by Allah's messenger to mankind.


The Islamic calendar is reckoned from the time of migration (Hijra) of Prophet Mohammad (Peace Be Upon Him) from Mecca to Madina. The Prophet's decision to migrate from Mecca came after several years of inhuman treatment of the faithful by the powerful tribes who were united despite all their feuds to stop the spread of Islam.

Prophet Mohammad's decision to leave Mecca coincided with the infidel's plan to assassinate him. In 622 AD, the Quresh tribesmen held a meeting and decided that a band of young men, one from each tribe, should assassinate Prophet Mohammad collectively so that their responsibility for the murder could not be placed on any particular tribe.

On the eventful night, the Prophet asked his cousin Ali Ben Abutalib to take his place in bed to make the Meccans think that he was asleep. The Prophet himself slipped out unobserved alongwith his loyal follower Abu Bakr (who was chosen as the first C aliph after the death of the prophet). They secretly made their way to a cave named Thawr, not far from Mecca and lay in hiding there for a day or two until Abu Bakr's son reported that the search for him had been given up. Then the two set out from Madina on camel back. They reached Quba, on the edge of the Madina oasis, on 12th Rabiul Awwal. With Mohammad's arrival in Quba a new phase of his career and glory of Islam started.

This migration has a special significance in the history of Islam. It ended the Meccan period of humiliation and torture and began the era of success. His own people to whom he preached Islam for 13 years neglected the Prophet of Islam. But he was cordially received in Madina as an honored chief.

In Madina his power enhanced day by day. Here he was not only the religious leader but took the role of a politician and statesman too. Prophet Mohammad expired ten years after his migration to Madina but only in one decade he changed the course of human history.

In view of this special significance of the Prophet's migration the consultative body advised the Second Islamic Caliph, Omar ben Khattab, to start the Islamic year from the date of migration of the Prophet from Mecca to Madina.

According to early Moslem scholars, Abu Musa Al Shari drew attention of Omar to an improperly dated debenture or IOU which was payable in the month of Shaban but it was not clear which Shaban was actually meant, the present one or the coming one. Omar called the dignitaries for consultation who made several suggestions to begin the Islamic calendar.

Ali (who later became the fourth caliph) suggested the Hijra as the beginning of the Islamic year with Moharram as its first month. Consequently, Caliph Omar in 21 A.H. or 641 A.D introduced the Islamic calendar in its present form.

The guidance about the Islamic calendar is taken from the following verses from the Holy Quran: (In the name of GOD most gracious and most merciful)

"Lo the number of the months with God is twelve months." IX:36.

"They ask thee, of new moons. Say: They are fixed seasons for mankind and for the pilgrimage." II:189.

"He it is who appointed the sun a splendor and the moon a light, and measured for her stages, that ye might know the number of the years, and the reckoning." X:5

The Islamic Calendar of 12 Lunar Months is determined by observation of the new moon with no effort by intercalation (addition) or other means to synchronize the Lunar year with the Solar year.

Hijra of the Prophet Muhammad SAWS By Sheikh Shady Alsuleiman 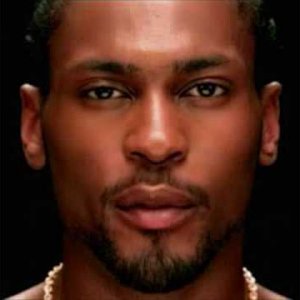