Is not avoiding trains moving at speed or simply crossing unfenced or improperly signed railroad tracks but the swift application of selective enforcement in spite of the obvious.


FRA, NTSB, AAR, OLI and AMTRAK have excellent collision avoidance programs educating the American motorist that 100% of train vs. vehicle collisions are avoidable and for the most part the train will win every race against all odds. What these million dollar first responder and public education programs lack is transparency concerning the psychological, legal and financial after effects for certain motorist or their next of kin involved in these rather life altering tragedies. 7 out 10 motorist who met with trains the hard way are usually not the subject of ensuing investigations unless suicide attempts can be proven, blatant disregard for working grade crossing signals or fencing around railroad tracks. Case in point.


1. Kirsten Taylor a 28 year old Black Altamonte Florida woman narrowly escaped certain death when the brand new Infinity she drove across a Sunrail grade crossing well before the scheduled train was anywhere near that particular grade crossing slipped into manual shift from auto shift, as much as she tried to default the gearshift lever back into automatic mode a motorist behind her blew his horn making her aware of imminent danger and she exited her vehicle in time to watch her brand new car obliterated by the slow moving Sunrail commuter train. Why she fled the scene and went straight home and hid under the covers of her bed and to this day refuses to even acknowledge her brush with death is not clear but doesn't matter to me because I've been extremely close to AMTRAK Acelas cruising at 155+ MPH through commuter rail stations and BNSF stack trains ripping pass grade crossing protected by nothing more then ancient crossbucks at 75 MPH, I was completely safe and well protected but the experience was quite sobering. Most people experiencing what Kirsten survived are usually summoned for trespass, failing to stop at unprotected grade crossings or ignoring in place and fully functioning railroad grade crossing signals and served with a bill for repairs to the railroads engine, rolling stock or adjoining equipment. Kirsten was summoned for failing to obey the railroad signals even though they were not activated yet, trespass and leaving the scene of a collision, hit with a massive repair bill from Sunrail and CSX who owned the tracks at the time, her vehicle was impounded and literally rendered unfit to operate after various agencies searched for drugs and to disprove her claim of
the gearshift problem. She was not afforded psychological counseling and her insurance rate skyrocketed.

2. Jessace Quick a 25 year old Black Kannapolis North Carolina woman was in the process of legally crossing the NS railroad tracks while the crossing gates were fully raised even though the warning lights were still activated. Dashcam footage fully revealed while still on the roadbed the gates lowered technically trapping her. When she exited her vehicle she appeared dazed and confused and eventually left the scene without explanation. The responding police department had the general area searched using K-9 units for her to no avail. Subsequently she was discovered at home. While her car was being summarily dismantled for cause and discovery she was summoned for operating a motor vehicle without a valid drivers license and failing to obey railroad grade crossing signals. It is not in the police incident report but I wonder if she was pressed by law enforcement to provide a urine and/or blood sample. Her insurance company will obviously drop her for failing to report that she had no valid drivers license while insured and along with that the entire bill for everything affected by this near death experience is now on her. NS Railroad like any Class 1 freight railroad will definitely bill her from the minute the train went into emergency until a relief crew was able to continue to their destination late which will appease the NS consignees who will bill NS for not adhering to their contracted delivery schedule. If nothing else Jessace is in need of some type of counseling. The main blessing from GOD is despite their various issues Kirsten and Jessace are both alive, more then likely not well psychologically but alive nonetheless.

Trains are extremely fast and deceptively close, much closer then you realize. 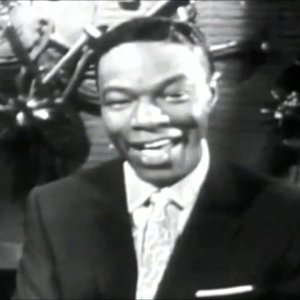