1. “Pay no attention to Jewish myths or to the commands of those who reject truth (Titus 1:14).

2. Abraham, father of the Jews is classified as a myth. “For it is written that Abraham had two sons…these things may be taken figuratively/allegorical (Galatians 4:22-24). Its strange how a Jew can sleep with an Egyptian, (Hagar), and give birth to the Arab race.

3. Abraham not their Father but Satan John 8: 31-47. The Hyksos who invaded Egypt were a confederation of Arabs and other people according to Josephus Against Apion Book 1:14:82. Jews came in with them and left with them and forms the bases of the Exodus. They were expelled by Ahmose Jews renamed Moses. The Hyksos did worship Set which is the root word for Satan. They also worshiped a snake called Apophis. The Koran 3:67 said Abraham wasn’t a Jew and scholars claim he didn’t come from UR but Ethiopia

4. “I will make those who are of the synagogue of Satan, who claim to be Jews though they are not, but are liars” (Rev 3:9). The Jews of Russia and Germany claim descent from Japheth-through Ashkenaz and not Shem see Genesis 10:1-3.

5. Jews are called Generations of Vipers/Snakes Matthew 3:7, 12:34, Luke 3:7 which is in conjunction with the Hyksos group they were kicked out with by Ahmose whom they reverse into their false Moses who is made to worship snakes of the brazen serpent and Jesus too (John 3:14). In Egypt snakes served Egyptians not Egyptians serving snakes but they got it all twisted. In tribute to their God Titus who drove the snake head druids out of Britain with his father Vespasian and survived a fatal dose of poison ran an addition to Mark 16:18 claiming people can handle snakes and drink their poison and live.

6. Martin Luther wrote in his book The Jews and Their Lies that Gold and Silver is the Jews messiah. Well they do use Silver and Gold as their last names like Goldberg and Silverman. Japheth is named after Ptah the craftsman of metals may be their inspiration. Nevertheless, Emperor Hadrian wrote a letter saying that the Christians worship Serapis and that the Jew’s god is Money. The word Jew was a Title to Thoth who would have been the God of money because he invented Math and weights and measures.

7. The Koran states that the Jews change the words from their right places Koran 2:59 and Time and place Koran 5:44. Forbids Muslims to make friends with them also.

8. W.E.B. famous book The Souls of black Folk that “The Jew is heir of the slave-baron”. Jews seconded it by conceding that the Jim Crow era was their Golden age. Dubois also wrote way back in 1897 that blacks faced a Holocaust in an essay against the Supreme Court decision of Plessy vs Fergusson. Many people today don’t think that this word came into existence until the 1940’s under the Hitler regime.

9. Speaking of Hitler wrote in Mein Kampf: “This contamination of our blood blindly ignored by hundreds of thousands of our people, is carried on systematically by the Jew today. Systematically these black parasites of the nation defile our inexperienced young blood girls and thereby destroy something which can no longer be replaced in this world”. This gave the KKK the fuel to claim the Jewish’s conspiracy to get the Black and White to mix in order to weaken the white race so that they can take over. I think they are all suffering from the white genetic survivor syndrome outline in The Isis Papers By F. Welsing. Zora Neale Hurston labeled this a Communist plot in a letter to William B. Huie in 1954: “The folklore prevails that all white people secretly yearn for Negro lovers (men in particular) and off they go on a wild spree of gloating. The Communists have discovered this, and their drive to gain the America Negro has been based on it. They offer to throw in a white wife or husband to Negro party members. I have witnessed some very stinky business…” (Zora Neale Hurston: A life in Letters By C. Kaplan p.719)

10. The Secret Relationship Between Blacks and Jews Volume 1 & 2 claim that Jews owned slaves ships, served in the Confederate Army, helped promote the Black holocaust and many more sins perpetrated on people of color. 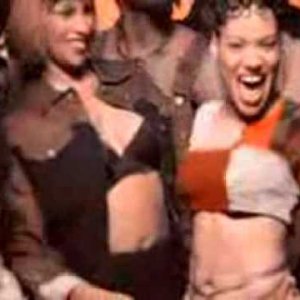