President Gnassingbe Eyadema of Togo, Africa's longest serving ruler, has died aged 69, the government said in a statement.
Prime Minister Koffi Sama said Mr Eyadema, who had been ill for a number of years, died as he was being evacuated for medical treatment abroad.

Mr Sama also announced that all borders to the country had been closed.

Mr Eyadema had ruled the small west African country since 1967, when he rose to power in a military coup.
Click to expand...

7 February - Faure Essozimna Gnassingbé, the son of Togo's late President, has been sworn in as the new head of state in Togo. Mr Faure was put to power by Togo's armed forces after his father died on Saturday, despite the constitutional order. The African Union has called the take-over a "military coup" and says it will not recognise the current administration.

Mr Faure was today sworn in as the new President of Togo in a ceremony in Lomé. The inauguration was widely boycotted by diplomats in the Togolese capital, who were protesting the unconstitutional process after the sudden death by heart attack of President Gnassingbé Eyadema.

- Before God and before the Togolese people, sole holders of the national sovereignty, we Faure Gnassingbé assume the duties of President of the Republic, said the new leader at the ceremony. The 39-year-old was wearing a suit and a scarf in the red, yellow and green national colours, according to reports from the Togolese government.

The new Togolese leader only came to power after the country's armed forces on Saturday suspended the constitution and swore loyalty to the deceased President's son. According to the suspended constitution, the parliamentary speaker, Fambare Natchaba Ouattaba, should have taken over President Eyadema's office upon his death. Mr Ouattaba is currently in neighbouring Benin.

The Lomé parliament, which is totally dominated by Mr Eyadema's ruling Togolese People's Rally (RPT), however on Sunday afternoon rushed to change the Togolese constitution to allow Mr Faure to take power. Ex-President Eyadema's son was named parliamentary speaker. According to the constitutional amendments, Mr Faure is now supposed to complete his father's presidential term. A constitutional provision to hold new elections with 60 days after the death of a president was deleted.

The sudden intervention of the armed forces in favour of Mr Faure is widely termed a military coup. In Lomé, the decision caused protest marches at the university and smaller protest manifestations at other places. A larger than normal presence of soldiers in the Togolese capital is however providing a tense calm. The armed forces also closed all borders, reopening them this afternoon.

Protests have been more forceful from abroad, with little recognition of Mr Faure's "coup". Even the African Union (AU) has condemned the military seizure of power. A spokesman of AU chairman Alpha Omar Konaré said that the constitutional order in Togo "must be re-established so that power can be held by the president of the national assembly." He added that Mr Faure's administration "will not be recognized because it comes from a coup d'état."

Nigerian President Olusegun Obasanjo, the current AU leader, also strongly condemned the coup in Togo, saying it was a threat to peace. The Foreign Ministry of France - Togo's ex-colonial power and major development partner - today said it finds "respect of the Togolese constitution indispensable." Paris urges that Lomé follows the constitution and hands over powers to Mr Ouattaba.

The French government also forwards threats from the European Union (EU), reminding Lomé authorities of the country's democratic transition process and obligations. If there were to be noted setbacks in this process, initiated by President Eyadema, dialogue with the EU would cease, Paris warned. Togo is hoping for a lifting of EU sanctions, imposed to protest the many human rights violations and dictatorial means of the brutal Eyadema regime.

Also the United States, an increasingly important partner for West African nations, strongly protested the developments in Lomé. The US government urged "all Togolese to respect strictly the constitutional process of Togo, which will lead to elections for a new president," the US State Department said in a statement this night.

UN Secretary-General Kofi Annan in a statement this weekend paid tribute to late President Eyadema. The UN statement voiced confidence that the Togolese authorities were to "take all necessary measures to preserve stability in the country and ensure a peaceful transfer of power consistent with the constitution and the rule of law." 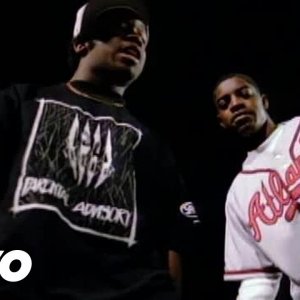