With 60 per cent of total votes cast in last Sunday elections in his country, Faure Gnassingbe, son of late dictator, Gnassingbe Eyadema, was yesterday declared winner of the polls and president-elect of Togo. The opposition candidate, Gilchrist Olympio polled 38 per cent of the votes.

The election was Togo's first in four decades.


His announcement as winner however met with the ire of the opposition which called on its supporters to reject the result and any government formed out of it.

The call is coming just as Gnassingbe called on the opposition to join him in building a new Togo through a unity government.

Prior to the elections, both Gnassingbe and opposition leader, Olympio had at a meeting in Abuja, Nigeria, Monday, agreed to respect outcome of the election. The meeting held at the instance of President Olusegun Obasanjo, was aimed at ensuring that post-election disagreements did not plunge the country into violence.

However, president Obasanjo has reacted to outcome of the elections welcoming it as a good development even as demonstrators poured onto the streets of Lome, erecting burning barricades and alleging that the poll was massively rigged.

He welcomed the development with a proviso that the president elect must form a broad-based government of national unity in which other political parties, which fielded candidates, would be accommodated.

He is however expected to receive fomal report of the election in his capacity as African Union (AU) chairman.

Presidential spokesperson, Mrs. Oluremi Oyo who briefed State House correspondents, said the President, in welcoming outcocme of the polls, underlined need for Gnassingbe to abide by the terms of an agreement he reached with the opposition on Monday in Abuja.

"He welcomed the result of the election and hopes that the understanding that prevailed during the discussion in Abuja yesterday (Monday) would be sustained and he hopes that Faure Gnassingbe would stretch his hands of fellowship to all other stakeholders so that they can all come together for peace, security and development of their country", she stated.

Secretary-General of the Union of Forces for Change (UFC) party Jean-Pierre Fabre called for resistance. "We call on the people to resist," he fired out.

"This regime must understand that we will never accept Mr. Faure Gnassingbe as president of the republic because neither his father, nor him, could win a normal election in Togo," Fabre said.

The Togolese capital of Lome was tense but the streets were largely deserted as people waited to see what would happen.

The election followed a 38-year rule by Eyadema, whose death in February sparked off a political crisis as citizens of the country called for a change.

Togo tumbled into crisis February 5 when Eyadema died, ending a reign that made him Africa's longest-serving leader.

The army immediately named his son as president in what many saw as a military coup.

International pressure forced Gnassingbe to step down and promise elections amid opposition protests that descended into deadly violence. The opposition had always argued that the election will never be free and fair.
Click to expand...


Violence erupted again in the Togolese capital, Lome yesterday as the candidate of the Togo Peoples Rally (RPT), Faure Gnassingbe, was declared winner of that country's presidential elec-tion held on Sunday.

In the election result announced about noon Togolese time by the nation's electoral body (CENI), Faure won by a wide margin. He polled 60.22 percent of the total votes cast as against the 38.19 percent vote won by the major opposition candidate, Bob Emmanuel Akitani of the Union of Forces for Change (UFC).


Other defeated candidates in the Togolese presidential election are Harry Olympio and Lawson Nicholas Messan who contested on the tickets of RSDD and PRR respectively.

Expectedly, the announ-cement of the results imme-diately sparked-off a riot in Lome which is the opposition stronghold.

Opposition supporters barricaded major streets in the Togolese capital with bon-fires and engaged soldiers deployed to maintain the peace in a fierce battle.

Many of the rioters were feared killed although the actual casualty figure was yet to be confirmed at the time of filing this report.

In his reaction to the presi-dential election result, Akitani described it as fraudulent, maintaining that he won the election.

He stated that the result was unacceptable to him, adding that he could lay down his life to reclaim his "stolen mandate".

Savouring his victory, the president-elect promised to form a government of national unity and extended an olive branch to the opposition.

He noted that Togo could only make economic and poli-tical progress in a peaceful atmosphere, and urged all Togolese to cooperate with his government in other to move the nation forward.

Meanwhile, the Economic Community of West African States (ECOWAS), has described the Togolese election as free and fair.

The ECOWAS communi-qué read by the body's Director of Communication, Mrs Adrienne Diop, read in Lome yesterday, the Togolese election was certified as having met international electoral standards.

Diop therefore urged the United Nations, the African Union and other international bodies to support the inco-ming Togolese government.

Although ECOWAS noted that there were some irregularities during the election, it however declared that they were not significant enough as to invalidate the results of the election.

Diop therefore urged all Togolese politicians to close ranks and eschew violence so that the country could attain economic progress and political stability
Click to expand...

The day Togo's elections results were announced, a tear gas grenade was lobbed into Ayele's home. Later that evening, soldiers surrounded her house and fired off several rounds.

The 65-year-old hid in her bedroom and when day broke she gathered her children and grandchildren together and hotfooted it the 20 km to safety in Benin.


Ayele is one of more than 4,000 people to have fled Togo since Tuesday when Faure Gnassingbe, the son of the man who ruled the country for almost four decades, was declared the winner of a poll his opponents say was rigged.

Within minutes of the announcement, deadly clashes erupted between machete-wielding opposition youths and rifle-toting security forces in the seaside capital Lome, and later in the coastal city of Aneho, some 45 km to the east.

Ayele, a prominent women's opposition figure in Aneho, is now living in a tent across the border in the town of Come, where an impromptu camp has been set up by the UN refugee agency (UNHCR).

"We walked from dawn till dusk. We couldn't stay there," she told IRIN on Thursday, pulling her 18-month-old grandson to her. "And now we can't go back. We have been marked out as opposition so as long as Gnassingbe is in power, we're in danger."

In a neighbouring tent, 35-year-old Foli recounted how he had fled Aneho with just the clothes on his back after seeing one of his friends beaten to death by soldiers right before his eyes.

"We couldn't even recover his body," he said, his voice cracking. "My neighbour's kids had their arms broken because their parents weren't home when the soldiers came knocking."

"We took a boat to cross the lagoon and then we walked along the beachfront until we got to the border," Foli explained. "Things are in a real mess back home. We'll stay here until calm returns to the country."

"But we're hungry," he added. "We were given some bread last night but today we've not had anything. My two-year-old is crying, I think partly with hunger and partly because he can sense the fear."

Mamadou Balde, a UNHCR official in Come, admitted that there had been delays in distributing food but said that fresh supplies were on the way up from Benin's capital Cotonou and should arrive shortly.

UN officials said more than 500 refugees had already been trucked to the camp, which lies 18 km from the Togolese border.

But thousands more remain near the frontier. UNHCR said that 2,000 people, most of them women and children, had crossed over into Benin on Wednesday night alone, bringing the total there to more than 3,600.

An IRIN correspondent at the Hilakondji border station saw hundreds of people milling around, waiting for transport to ferry them to friends and family already living in Benin or to the makeshift camps.

Women, balancing plastic bags of belongings on their heads, tried to soothe grumpy babies tied to their backs, and cheer up older children tired from the walk to safety.

For some, the escape proved just as dangerous as the trouble they were fleeing.

Akwele, in her 40s, was lying in hospital in Come, spitting blood and waiting for doctors to remove a bullet that narrowly missed her lung.

"With all the chaos and the beatings, I decided it wasn't safe to stay but I was shot in the back as I was crossing the lagoon at Aneho," she told IRIN.

Togolese have fled east to Benin and west to Ghana

Other people being treated in the hospital had been shot in the feet and legs, medical staff said.

"I was lucky compared to some people though," said Akwele. "There were those who took a hit to the stomach and toppled into the water."

Reuters news agency quoted a medical worker in Aneho as saying two villages on the road to Benin had been attacked by helicopters, and that two people had been killed and six injured.

Will people continue to flee?

Benin, which lies to Togo's east, is not the only country to which those fleeing the post-election violence have escaped. UNHCR estimates that around 450 people have crossed the western border into Ghana since the election results were announced.

"Most of these people are either staying with friends and families or in hotels on the Ghana side of the border," Thomas Albrecht, the UNHCR representative in Accra, told IRIN.

Officials are now waiting to see whether the flow of refugees will subside.

A tense calm returned to the streets of the Togolese capital Lome on Thursday, with residents clearing the barricades under the watchful eye of the security forces.

"There are some people with bundles of belongings on their heads, but fewer than yesterday," one UN official said by telephone.

In the meantime, some people are cashing in on the fear prompting residents to flee.

Just beyond the confines of Lome, near the Ghanaian border, an IRIN correspondent saw a group of 20 people haggling with border guards to get across the frontier without the requisite documents -- for which the standard 'fee' is usually 500 CFA (US $1).


"Now they're wanting 2,000 CFA (US $4) to let us through," said one woman in her 40s who did not want to be identified. "I left my home because I'm scared the soldiers will come. But now I don't have enough money on me to get out. I've been trying to negotiate but I'm not getting anywhere."

[ This report does not necessarily reflect the views of the United Nations ]
Click to expand... 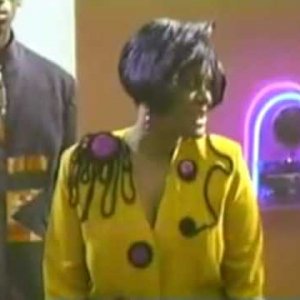