Today in Black History for May 30th

1943 -Gale Sayers, youngest player ever to be elected to the Football Hall of Fame, born

1903 - Countee Cullen
Born in 1903 in New York City, Countee Cullen was raised in a Methodist parsonage. He attended De Witt Clinton High School in New York and began writing poetry at the age of fourteen. In 1922, Cullen entered New York University. His poems were published in The Crisis, under the leadership of W. E. B. Du Bois, and Opportunity, a magazine of the National Urban League. He was soon after published in Harper's, the Century Magazine, and Poetry. He won several awards for his poem, "Ballad of the Brown Girl," and graduated from New York University in 1923. That same year, Harper published his first volume of verse, Color, and he was admitted to Harvard University where he completed a master's degree. His second volume of poetry, Copper Sun (1927), met with controversy in the black community because Cullen did not give the subject of race the same attention he had given it in Color. He was raised and educated in a primarily white community, and he differed from other poets of the Harlem Renaissance like Langston Hughes in that he lacked the background to comment from personal experience on the lives of other blacks or use popular black themes in his writing. An imaginative lyric poet, he wrote in the tradition of Keats and Shelley and was resistant to the new poetic techniques of the Modernists. He died in 1946.

...very interesting...and informative. KEEP IT UP.

1870 - The first civil rights Enforcement Act, which protects the

voting and civil rights of African Americans, is passed by

and private citizens who deprive citizens of the suffrage

and civil rights. The measure authorizes the use of the

U.S. Army to protect these rights.

1909 - The first NAACP conference is held at the United Charities

Building in New York City with 300 African Americans and

whites in attendance. Ida B. Wells-Barnett, while speaking

at the conference, condemns lynching as a "blight upon our

nation, mocking our laws and disgracing our Christianity."

1917 - One of the first jazz records, "The Darktown Strutter's

Ball," is released. It was written by songwriter and

musician, Shelton Brooks. It will become Brooks' most

1931 - Shirley Verrett is born in New Orleans, Louisiana. She will

become an operatic mezzo-soprano known worldwide for her

compelling performance in Carmen. She will be a star at the

Vienna Staatsoper, and the Lyric Opera of Chicago. She will

appear at the Metropolitan opera for more than two decades.

She will be the recipient of many honors and awards, among

them the Marian Anderson Award, Naumburg Award, and the

Rockefeller. She will receive honorary doctorates from Holy

University in Boston. She will join the faculty at the

University of Michigan in 1996, becoming the James Earl

demanding "all deliberate speed" be used in the

1961 - Judge Irving Kaufman orders the Board of Education of New

1987 - John Dotson is named publisher of the Boulder, Colorado,

"Daily Camera." It is one of many distinctions for the

noted journalist, including being the first African

American reporter for Newsweek magazine and founding, in

the mid-1970's, the Institute for Journalism Education,

thank you sister as we capture our great feats in HISTORY
Poetic flow, Poetry of a poet! Be a Premium member today and enjoy all the fruits .

The jury returned its verdict at 12:35 P.M., clearing the 28-year-old black militant of all charges against her. The announcement touched off a demonstrations so emotional that Judge Richard E. Arnason threatened to clear the courtroom.

Miss Davis, who had shown little emotion through the 13 weeks of the trial, broke into sobs after the last verdict had been read. "This is the happiest day of my life," she later exclaimed...." http://www.nytimes.com/books/98/03/08/home/davis-acquit.html


..."Californian Governor Ronald Reagan publicly vowed that Davis would never teach in that state again....During this period an international Free Angela Davis movement had grown, and Davis used the momentum to found the National Alliance Against Racist and Political Repression, which remains active today.

Davis resumed teaching at San Francisco State University after the fiasco, and has subsequently lectured in all 50 US states, as well as internationally throughout Europe, Africa, the Carribean, Russia and the Pacific. Her acclaimed books exploring the institutionalisation of racial politics include If They Come In The Morning (1971), Angela Davis: An Autobiography (1974), Women, Race & Class (1981), Women, Race and Politics (1989), Blues Legacies & Black Feminism (1999) and The Angela Y Davis Reader (1999).

Currently a member of the Advisory Board of the Prison Activist Resource Center, Davis now focuses on exposing racism that is endemic to the US prison system (which she calls the Punishment Industry in deference to unmonitored corporate cult-ure and increasingly totalitarian privatization schemes), and exploring new ways to de-construct oppression and race hatred. Controversy and her radical past still haunts her: in 1994 Republicans objected to her appointment to a presidential chair at University of California, Santa Cruz, where she is currently a professor in the History of Consciousness Department...." http://www.disinfo.com/archive/pages/dossier/id91/pg1/ 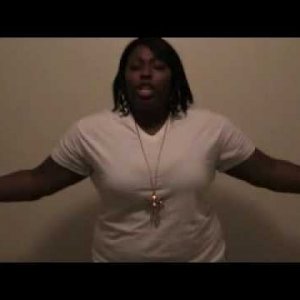