Beloved It Is As If I Am Operating Under A Curfew, So Accept What I Share With You As A Gift From The Ancestors To You, I Am Just The Instrument To Deliver.

So, tell me, is it wrong for the innocent individual sitting strapped to the electric chair waiting for the level to be pulled that will kill, to be angry at his executioners?

Is it something mentally wrong with that individual if he be skinning and grinning to the people responsible for the coming death, shouting forgiveness to all, and if so, does that not show the evil of religion and the grip it has on your mind?

Is not forgiveness of the wicked a high power attributes of religion?

You bet I am angry and will be to the day I die, if freedom in Afrika is not my Body life companion, and I sleep very well at night, and the last I self examined myself, I am not depressed about anything that I share About here, that is because I am ascending back into my Divine Mind and I know who I am to the Divine Essence.

All Honor And Respect Is Due To Our Divine Cosmic Ancient First Way Ancestors, The Goddess And Gods Of My Earthly Body Life.

If you are not anchored in Divine Truth and Reality, then all that you talk about will reveal how insignificant you have become to your self, and everybody else who see the foolishness that is being talked about on this internet.

My Divine way of Thinking will keep me far longer sane in my Divine Mind than belief will, in a profane mind

All White folks politics are liken to fool gold, it look like, it shine like it, color is like it, its weight is like the real Gold. but its value is not, so to Black people, white people politics are of no value to the Black Body Life.

Yet you have Black Folks uttering the words of the Master oppressors, always attempting to be included in the political party of the Devil Lucifer, he who is the master of them all.

Have you ever seen Black people claiming to be oh so educated, making claim to be a democrat, republican, independent, tea party, and conservative, liberal?

Tell me, what in the hell does all of that mean to Black people, translate that into what it mean and it will mean not to give to our Enslaved Ancestors their Reparation,.

So, show where it mean that Afrika will no longer be exploited, reveal to me that it mean that a dead Black Nation is about to be resurrected, because if you can not, and you are Black claiming to be a child of America founding Fathers, then you are a fool, a big **** fool, and a traitor to the Black Race, and an enemy to Freedom for Afrika and Black so call Afrikan people.

Show me one millimeter of freedom that has been poured in the cup Mind of the Black so call Afrikan, tell me, when have the politics of the devil ever benefited the Black Nation, hell, have we forgotten so quickly the evil delivered upon the backs of our Afrikan Ancestors by the whip of the devil politics, does that have any meaning to Black people today?

How lost and Distance a Black person sound, confessing to be an Obama supporter, when Obama has done nothing but give his behind to Black people to kiss.

Go ahead, show me one thing in particular that Obama has done for Black people that put us closer to our Enslaved Ancestors receiving their Reparation.

Yes, in isolation of just Black people, not one **** thing has Obama done, and yet Black people are duped to believe Obama represent something positive for Black people, what a foolish people we have been made to be.

Everybody of a political interest group who supported Obama has submitted their list of favors expected to get in return, hell, that is white folks politics, all except Black people, we are to busy pretending to be free and acting as if we have over come Lucifer sting of evil, all being an illusion coming from a Black delusional people, as Obama generate want, faith, and hope coming from Black people, principles of deceit and lies, as we walk around as if America is in Black people hand.

Here we are today, Black people feeling as if we have nothing to complain about, because Lucifer has deceived our Mind into believing that we have a Black President in the Jewish White House.

So, Black people are afraid to complain about the hardship that our Black Body Life continue to experience, since Obama took office of resident in those Jewish White folks House.

Tell me, when has it ever been that any white folks politics helped Black people in pursuit of freedom from America with our Enslaved Ancestors Reparation, well that is the Time it will continue to be, never.

Ok, now that we are in the know of the game of death that Lucifer play with our Life, which show it is of no value to White Authority, what are you Black people are planning to do about obtaining our freedom from such action?

Are we automatically domed because white authority has decided that there are two many Black and poor people in the world, being poor which is of their making?

Sure we are, as long as we are guided by the Mind Lucifer has inserted into our Black Body Life, Mind meaning a method and a process to determine about things that confront our lives, used by many to believe and not Think our way in life.

There has never been a Gathering that came together for the specify purpose of discussing and planning ways and means of obtaining our freedom away from America, all is about inclusion into America Melting pot, which is designed to cause our Black Racial destruction, and today, beauty to Black People are white people, and you call that a display of sanity.

No, No, I am not angry at all white people, just at all of the power therein, they with a history of abusing , raping, killing, disrespecting, lying and deceiving Black people, they are the Luciferians that plant the seed of prejudice in the world about Black people.

No, No, Black people no longer can hide behind the claim of ignorance, making claim not to have the Divine information that point the way out from under the control of Lucifer, and squat in comfort behind the curtain of bliss, not any more we can claim as an excuse, ignorance.

Now, today, the Divine Truth has come and it has pulled the Curtain of bliss from over your Human Being Mind, and now there is no protection of excuse for ignorance that can be justifiable used by Black so call Afrikans, to remain in the cess-pool of self ignorance.


So, now that the Divine Truth has come, all Black folks ignorance is voluntary, and Woe is unto the fool who rejoice in ignorance.

The Divine Truth And Reality Do Black People Despise.

I come, I share, You Either Recognize Or Ignore, The Consequence From Your Reaction Could Mean Your Death At The Hand Of Lucifer, Physically, Mentally, It Is Already An Action In Motion.

No, No, There Is No My Truth Or Your Truth Or Anybody Truth, Divine Truth And Reality Is Not To Be Treated Like A Prostitute, Available To The Highest Available Ignorance.

The Divine Truth And Reality Is Above Reproach And Stand In The Eternal Everlasting Infinite Energy Space, Wrapped In The Unceasing Existence Of The Divine Essence Of Us All, Physically And Nonphysical.

The Fool Want To Stay Blind, But The Wise Desire To See That Which Is Divinely True And Real To The Black Body Life.

Only The Wise Among Us Will Know What Has Just Been Shared With You, Beloved.

I'll feel angry also, but I won't let it eat me up

I'm not angry per say at "white" people.... I don't have time for that

only gods can communicate with GOD

forgiveness to me is a selfish act

ur anger is very valid, oh forgive everyone, oh hell to the no

not when it's blatant and flagrant, however, if done without awareness how could the fam be blamed

sell outs use the same trickery as oppressors...

my love for u is unconditional and when u realize u have no curfew u'll take ur goddess given power back... k

cause i am most def the is that is, although i never was before.. well before time and after time..... but only here for a short time......

peace and much love

they already in "hell" cause they created it 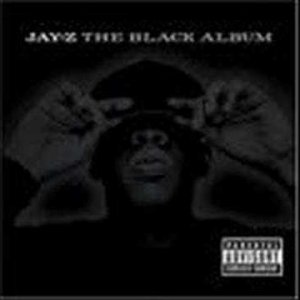