Black Poetry : To Breed A Slave

To Breed A Slave


It is time for our black men to step up, and take control, The Father God said man shall lead, fear not those who come in black face, men or woman, who continues to tear down, instead of bond, You have been submissive to long, To take a man who refuse to lead. submissive to the devil, who bring confusion to there own self worth, Women as well as men, must stop now blaming the man for her mistake, no one rape you, no one told you to have a baby, no one force you to raise that child on your own, and there was a thing called protection, keeping it real, brothers no one told you to get her pregnant, love her the way you met her, we both have to take responsibility stop the blame game, Sisters stop, Brothers lead, take your rightful place, you dont have to take that abuse, as well as women, stand tall, defend your self, words are swordes, Stop planting the seed, that the black man is less then a man, maybe the boy you choose, but every black man is not responsible who you lay down with, stop the drama

Planting the seed that all black men is less than a man.

To reverse the syndromes of this concept, you must teach your son’s that they are great leaders, there are many great black men; educated and successful, and strong, who refuse to enter in too a toxic relationship, brother’s who have contributed so much to the black community, but understanding the hype, the tactics; which is used there is know good black men are women, this is another tactics of the Willie Lynch theory; theirs are many who have broken this concept, but many who hold on too the theory to cover up their own spineless attempts of success through education. My brothers do you know that 87percent of Black women and Latin women are College graduates with B.S. Degrees, and a high percentage of Black men are right behind them, It is what you teach your children;

The toxin that flows through the blood to teach our children

they cannot succeed in life, because the masters will not allow it.

Being obedient to a devil who has know hold on what you say, and what you think.


The ideologies of being a man and women is hard to over come.

Only by instructions he can view off self.

The deactivation comes within the family tree.

The reverse syndromes becomes the hatred

of his own seeds. Hating the liberties

that he feels has been generated by the instructor,

Who gives liberties to the spouse are the lover.

Another concept of Willie Lynch.

Question how can this be broken.

Loving self and family. Reversing all the tactics is written

And reverting back to wisdom.


Censorship is so deeply inbreeded with our people

If you speak the truth, the lynch mobs comes;

To censor knowledge; and his excuse is the writer

Is trying to create confusion, brothers and sisters


The plan is laid out, the wisdom to revert the positive

Instruction of a people, is left up to man, not women

Because many are living in a cloud, her head is so far up her


Censorship of truth as well as God words,

Are the devils who hide behind their own


Implanting the hatred within her own family tree,

there would be no sense of identity,

repression that sets the stimulation to incubate

breaded embolisms cloned to another

generation of slaves. Know the women, the girl, the whore, and the wife.

Jealousy and hate the slaughter of Jesus

the breath of horror, the holocaust of a

dead mind. Who has no power other than

him self who cannot control his own mind.

The male child which is a bandit by the father,

The cautious denial of his own family tree.

The issue is not color for all man feel the pain.

The execution of family the seminary of the history

Of the child who is rejected by the image that he represents.

The execution of the mother who follows in the realms

Of the setting of a dysfunctional anti social

Monetary disk that is planted within the mind.

The curse that’s passed on to another generation

the walking dead, ****** syndromes the words

that gives a happy thought, education that is

decline ignorance embraced without a thought.

Divide and conquer lived by the servants

Within its own circle of thought.

Censorship survival has no response.

Implanting death within the womb the pain

Of the embryo that is kill through the veins

Instant death implanted killer of self.

Concentration camp for the un wanted 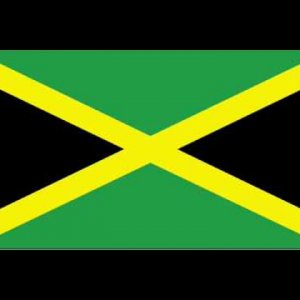