Time Will Tell, Time Will Prove, Time Will Show… A Repetition of History;
The Kingdom of Heaven or, the Dominion of An

For I say unto you, That except your righteousness shall exceed the righteousness
of the scribes and Pharisees, ye shall in no case enter into the kingdom of heaven.
ST MATTHEW 5:20​

~1~ NOAH was born in the 2900s BC according to the Bible timeline. And according to his father, Lamech, he was prophesized to be ‘a deliverer’. Also according to my own research, his life directly coincides with that of the famous high priest of Egypt named Imhotep. Furthermore, I believe that both Noah and Imhotep are one and the same man and therefore, I will continue on this wise. One reason why Lamech [La-Mech-Chem; reverse script] made this prophecy about his son has to do with issues that revolve around another historical figure as well. Lamech’s life coincides with that of the powerful man named MENES [Narmer] who had earlier conquered and unified Upper and Lower Egypt and began the dynastic era. Lamech’s life agrees with a time period in which many Seth people of whom perhaps fought with Narmer may have been subsequently and later suppressed in Egypt after the death of Narmer. Could Lamech have been captured from some part of Noph [Phoenicia, North Africa] and from the ancient Theban priesthood in that northern region of Africa? Narmer’s descendants continued onward in the First Dynasty, the Second Dynasty and the Third Dynasty and during these times, these eastern pharaohs soon conflicted with the Theban priesthood again, the indigenous Seth-Kemet people of the land. So eventually the Seth people became pushed down again. Thus was the prophecy of Lamech regarding the birth of his son, Noah, made during a time when he was obviously suppressed within a graveyard in Egypt. However this period of captivity also became a mixed blessing. Due to this environment, Noah was eventually able to gain a formal education and he was also able to learn the ancient and privileged script form that had already been developed for at least a thousand years before he was even born! Noah was able to become skilled in many other trades due to his captivity in Egypt!

IMHOTEP, the high priest of Thebes rose to power during the Third Dynasty under the pharaoh Djoser [Zoser] and became a master of many disciplines. He became a master architect, master carpenter, lecturer, medicine man, the high priest of heliopolis and etc.. For his genius and that of his father, who was also a skilled carpenter, these priest of Thebes caused their Seth generations of people to become elevated. Imhotep turned a gloomy existence for his people of being caste as perhaps, Untouchables, into an incredible way of life. Suppressed Seth people were being born to labor in the cursed grounds and build tombs and mastabas in graveyards--[Cemetery; CEMET-ERY-- KEMET]--and many of these Commoners no doubt became victims of mass human sacrifice rituals and put in the tombs where they were compelled to dig. But by the orchestration of a plan, Imhotep built up the mastaba of Djoser into a great project in which people began to be proud to be apart of and as could be expected, it gave them hope. Imhotep’s plan to turn the Mastaba into the Great Steppe Pyramid at Sakkara [Saqqara]--in a graveyard--also included other large scale projects such as surrounding the great cemetery and the Steppe Pyramid with massive walls, a courtyard in which a Sed Festival was later held in honor of Djoser, better social reforms for the common people and etc. Imhotep’s positive outlook and innovations obviously caught the attention of the great pharaoh and hence, Imhotep became elevated to be the high priest of Ptah. Imhotep became educated in the Egyptian law! But soon after the death of Djoser, the Seth generations of people began to become suppressed again. And this brings us back to the direct commandment of Jesus in ST MATTHEW 5:20!

Even though Noah’s righteousness exceeded that of the Egyptian scribes and lawmakers, still, IT WAS NOT GOOD ENOUGH for the eastern people to refrain from their premeditation against the indigenous Theban people and depriving them of their human rights. The Cainites continued to suppress Seth-Kemeti people in their own Seth [South] lands! But once Noah rose to the occasion to prove that the law was not working for his people then the Creator God stepped in and moved!

History shows that there was a violent take over from the Third Dynasty to the Fourth Dynasty and furthermore, the 4th Dynasty was the very first SETH DYNASTY! The Fourth Dynasty became the very dynasty that produced many wonders of this world! Why? Because the Creator God worked with his own Seth generations of men born and descended from the third son of Adam and Eve. This dynastic rule was distinct because its highest realm was that of a high priesthood and unique apart from the kingship [the priest-king]. The high priest took precedence over the priest-king. My research reveals that, No!--Imhotep did not die. And No! Imhotep did not end with the ending of the 3rd Dynasty but, as he was the very high priest of Ptah, he had to have been the master mind behind the set up of the 4th Dynasty. The reason why there has never been a tomb found for the famous Imhotep would be because HE DID NOT DIE! There was no need to complete a tomb for Imhotep because he was Noah and he did not die! Noah still had a long life expectancy ahead of him at that time when the Third Dynastic leaders were overthrown. Noah had to have been the older brother or relative of the founder, Seneferu [S’nofru] because this was an ancient and continued relationship within the priesthood of Kemet. Priesthood was an inheritance. And like Noah and the father of Noah [Lamech], Seneferu also became known for being a great architect! Logically too, it could be reasoned that if Imhotep were to build a tomb for himself, it could have been done during this time along with Seneferu’s pyramid building endeavors.

The secular name of Imhotep’s father was Kanofer [Kanoph] of which agrees with the very ‘Ka name’ [Cain name] of ‘Noah’ [Canoah; Canoe…Kanofer & Canoah]. It was the names of their captivity. But at the beginning of their new dynasty they obviously assumed new name titles. In fact, this was one major innovation of Seneferu in that he adopted a new name system in his government that became known as ‘Nebty Names’! Due to the later actions of Seneferu [Kanofer & Snofru-Noph--Kanefer-Snefru…], historians today have chosen to suppress and confuse much information regarding his life. But out of the many priest during the life of Seneferu, the name of his high priest-Vizier agrees with his own name; Nefermaat [Neferhotep?] & Seneferu-- High priest & Sem priest. Although a vizier named Nefermaat was listed along with Seneferu and had a large tomb built near the tomb of the king, it has been unclear as to whether he was actually a son of Seneferu or related in another manner. Could this name have been a shared name? Could this name also be a new name title for Imhotep as well? Cont.


And Lamech lived an hundred eighty and two years, and begat a son:
And he called his name Noah, saying, This same shall comfort us concerning our
work and toil of our hands, because of the ground which the LORD hath cursed.
GENESIS 5:28-9.​
The earliest known healer involved in this educational system was Imhotep, a physician-priest of the Third Dynasty *(around 2890 B.C.E.); he was the Grand Vizier, architect, scribe, sage, and master healer at the court of pharaoh Zoser.
http://books.google.com/books?id=be...=0CC8Q6AEwBw#v=onepage&q=imhotep 2890&f=false


…Imhotep *(c. 2890 B.C.), who lived in Egypt and was the first physician to emerge as an individual.
http://en.wikipedia.org/wiki/Mount_Imhotep

The knowledge of the location of Imhotep's tomb was lost in antiquity and is still unknown, despite efforts to find it. The general consensus is that it is at Saqqara.
http://www.travelinstyle.com/egypt/suggeste_Imhotep.htm

Who was Nefermaat? The vizier was in almost all periods the head of the administration. The title king's son might mean that Nefermaat was really the son of a king, but there are many examples, especially from the Old Kingdom, where the title was honorific….Because of the importance of Nefermaat, which can be seen at his huge tomb, he is often regarded as real son of king Snefru. However there is no proof for that.
http://www.digitalegypt.ucl.ac.uk/meydum/nefermaat/person.html

*Note: this date 2890 BC regarding the birth of Imhotep varies byway of secular historians. But nonetheless this date, 2890 BCE, is a striking and obvious contradiction to their account of Imhotep in relation to other scientific and architectural facts during those times. It shows their denial of Biblical records regarding the long lifespan of mankind back in those pre-flood times. Most historians date the Steppe Pyramid of Saqqara to be completed in the year 2666-7 BC, therefore; 2890 - 2666 = 224 years. 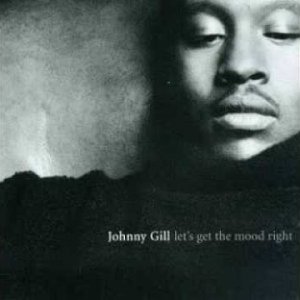