West Africa received the presence of Islam through North African traders who traveled with their camel caravans south of the Sahara. By the 14th century there were already Muslim sultanates in such areas as Mali, and Timbuktu in West Africa become centre of Islamic knowledge. The process of the Islamisation of Africa continues even during the colonial period and continues until today. Most Africans Muslims are caring on a tradition which has had practically as long a history in certain areas of sub-Saharan Africa as Islam itself.
The University of Timbuktu was established in Mali, comprised of three schools; namely the Masjid Sankoré, the Masjid Djingare Ber and the Masjid Sidi Yahya. During its height, the university at Timbuktu had an average attendance of around 25,000 students and 180 quran madrassah within a city of around 100,000 people. There were four levels within the University curriculum that included the "Circle of Knowledge", the "Superior Degree", the "Secondary Degree", and the "Primary Degree". Teachings mostly consisted of Quranic principles; however, literature covering topics of science, mathematics, and medicine are also observed, among other disciplines.
Sankoré Madrasah, Masjid Sankoré or The University of Sankoré, is one of three ancient centers of learning located in Timbuktu, Mali. When the Mali Empire during the rein of Kanka Moussa gained direct control over the city of Timbuktu in 1324, Kanka Moussa brought the Granada architect Abu Ishaq es Saheli from Egypt to help build mosques and palaces throughout the empire. Abu Ishaq es Saheli designed and saw the construction of one of Sankore's first great mosques. The foundations of the previous structure were laid around 989 A.D. on the orders of the city's chief judge Al-Qadi Aqib ibn Mahmud ibn Umar. A local Mandinka lady, esteemed for her wealth, financed her plans to turn Sankoré into a world class learning institution with professors on par with any outside of Africa.
The Sankoré Masjid had been a fully staffed Madrassah or university with the largest collections of books in Africa. The level of learning at Timbuktu's Sankoré Masjid was on a par with other Islamic centers in the world. The Sankoré Masjid was capable of housing 25,000 students and had one of the largest library in the world with between 400,000 to 700,000 manuscripts.
The Masjid Djingarey Ber was a famous learning centre of Mali built in 1327 and designed by Abu Ishaq es Saheli who was paid 200 kg (40,000 mithqals) of gold by Kankan Moussa, emperor of the Mali Empire. Except for a small part of the northern facade which is limestone, the Djingareyber Mosque is made entirely of earth plus organic materials such as fibre, straw and wood. It has three inner courts, two minarets and twenty five rows of pillars aligned in an east-west direction and prayer space for 2,000 people.
Masjid Djingarey Ber was on the list of UNESCO World Heritage Sites in 1988 and currently under massive restoration and rehabilitation which funded by the Aga Khan Trust for Culture (AKTC).
The Masjid Sidi Yahya was built in 1400 by Sheikh El-Mokhtar Hamalla in expectation of a great holy person. After 40 year without Imam, in 1441 Mohamed Naddah, the city-governor of Timbuktu, appointed his close friend Sidi Yahya from Andalusia (Sidi Yahya Tadelsi or Sidi Yahya Al Andulusi) as its first imam and head professor. This marked the beginning of the mosque as a madrassah and a great centre of learning for the region.
Imam Sidi Yahya was said live in simple life only within the mosque. When he died his body was buried in his room. The external main courtyard located in front of the mosque is used as reading space and gathering or ceremony. The back courtyard is a cemetery where the imams of the school are buried in an underground area located to the north of the mosque and now that is no longer in use.
Masjid Sidi Yahya closely resembles the other famous mosques Sankore and Djingarey Ber. Main differences are it is not as tall and the doors are ornately made reflecting Moroccan architecture influence. The mosque has three rows of pillars facing north-south.
The Institute of Higher Learning and Islamic Research of Ahmad Baba (IHERIAB) is founded by the government of Mali, with collaboration of Unesco. Ahmad Baba al-Massufi, Ahmed Baba Es Sudane, or Ahmed Baba, the black (1556–1627), was a medieval West African writer, political provocateur and scholar of Masjid Sankore. Through out his life, he wrote more than 40 books and is often noted as having been Timbuktu's greatest scholar and mujaddid.
IHERIAB's library holds some of these manuscripts in order to restore and digitize them. More than 18,000 manuscripts have been collected by IHERIAB, but an estimate said there are about 400,000-700,000 manuscripts in the region. There are many other private bibliotheques in Timbuktu where thousands of manuscripts are kept. Some manuscripts were taken and kept to Paris, London, Spain and other parts of Europe. Some manuscripts were buried underground, while others were hidden in the desert or in caves. Many are still hidden today.

This is our family's story

Ancient Manuscripts From the Desert Libraries of Timbuktu

TIMBUKTU, Mali — Ismaël Diadié Haïdara held a treasure in his slender fingers that has somehow endured through 11 generations — a square of battered leather enclosing a history of the two branches of his family, one side reaching back to the Visigoths in Spain and the other to the ancient origins of the Songhai emperors who ruled this city at its zenith.

A copy of the Koran from the 12th century. According to notes in the text, it was bought for a Moroccan king for a sum of gold.

“This is our family’s story,” he said, carefully leafing through the unbound pages. “It was written in 1519.”

The musty collection of fragile, crumbling pages, written in the florid Arabic script of the sixteenth century, is also this once forgotten outpost’s future.

A surge of interest in ancient books, hidden for centuries in houses along Timbuktu’s dusty streets and in leather trunks in nomad camps, is raising hopes that Timbuktu — a city whose name has become a staccato synonym for nowhere — may once again claim a place at the intellectual heart of Africa.

“I am a historian,” Mr. Haïdara said. “I know from my research that great cities seldom get a second chance. Yet here we have a second chance because we held on to our past.”

This ancient city, a prisoner of the relentless sands of the Sahara and a changing world that prized access to the sea over the grooves worn by camel hooves across the dunes, is on the verge of a renaissance.

“We want to build an Alexandria for black Africa,” said Mohamed Dicko, director of the Ahmed Baba Institute, a government-run library in Timbuktu. “This is our chance to regain our place in history.”

The South African government is building a new library for the institute, a state-of-the-art facility that will house, catalog and digitize tens of thousands of books and make their contents available, many for the first time, to researchers. Charities and governments from Europe, the United States and the Middle East have poured hundreds of thousands of dollars into the city’s musty family libraries, which are being expanded and transformed into research institutions, drawing scholars from around the world eager to translate and interpret the long forgotten manuscripts.

The Libyan government is planning to transform a dingy 40-room hotel into a luxurious 100-room resort, complete with Timbuktu’s only swimming pool and space to hold academic and religious conferences. Libya is also digging a new canal that will bring the Niger River to the edge of Timbuktu.

Timbuktu’s new seekers have a variety of motives. South Africa and Libya are vying for influence on the African stage, each promoting its vision of a resurgent Africa. Spain has direct links to some of the history stored here, while American charities began giving money after Henry Louis Gates Jr., the Harvard professor of African studies, featured the manuscripts in a television documentary series in the late 1990s.

This new chapter in the story of Timbuktu, whose fortunes fell in the twilight of the Middle Ages, is almost as extraordinary as those that preceded it.

The geography that has doomed Timbuktu to obscurity in the popular imagination for half a millennium was once the reason for its greatness. It was founded as a trading post by nomads in the 11th century and later became part of the vast Mali Empire, then ultimately came under the control of the Songhai Empire.

For centuries it flourished because it sat between the great superhighways of the era — the Sahara, with its caravan routes carrying salt, cloth, spices and other riches from the north, and the Niger River, which carried gold and slaves from the rest of West Africa.

Traders brought books and manuscripts from across the Mediterranean and Middle East, and books were bought and sold in Timbuktu — in Arabic and local languages like Songhai and Tamashek, the language of the Tuareg people.

Timbuktu was home to the University of Sankore, which at its height had 25,000 scholars. An army of scribes, gifted in calligraphy, earned their living copying the manuscripts brought by travelers. Prominent families added those copies to their own libraries. As a result, Timbuktu became a repository of an extensive and eclectic collection of manuscripts.

“Astronomy, botany, pharmacology, geometry, geography, chemistry, biology,” said Ali Imam Ben Essayouti, the descendant of a family of imams that keeps a vast library in one of the city’s mosques. “There is Islamic law, family law, women’s rights, human rights, laws regarding livestock, children’s rights. All subjects under the sun, they are represented here.”

Ismaël Diadié Haïdara with collected family manuscripts. He says Timbuktu has a "second chance" to become a great city again.

Black Muslims : 30,000 expected at Nation of Islam convention in Detroit

Black Muslims : Islam has the Solution 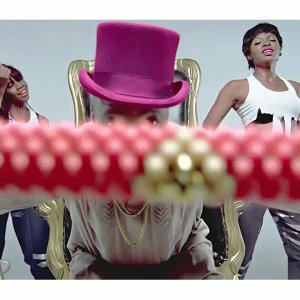