Please support destee.com, the oldest, most respectful, online black community in the world - PayPal or CashApp - Thank you.
Donate
H

I was King, she was Queen in a land of Pearls.
Science, Art and Reason were gifts we gave the world.
Over 10,000 years, we ruled with tolerance
while the rest of the world bathed in ignorance.

One day over the horizon, the Ocean Devils came
and our world and our lives would forever lose their Fame.
Lies and deceit they used without care
and their weapon of submission was one called Fear.
Chained to the ship and bolted to its floor,
I almost perished at Death’s dark door.

They sold my mammy and sold my pappy,
sold my sis and her two kids.
I stepped up on the auction block.
The man said “Sold” to the highest bid.

I picked cotton and tobacco and peas and corn
in the sun, twenty four seven, and dreaded the dawn.
Some were hung. Some were shot. Some were boiled in oil.
Some just gave up and fell and vanished under soil.

When men breathe Gold and Silver
and inhale those smells of Power,
the wind of Reason chokes
and distils a poison sour.

No longer are they Christian.
They’ve forgotten friend and brother.
Now, Gold is God and rules the day
that enslaves one man to another.

I grimaced and wiped the sweat from my brow and from my face,
knowing this inhumanity to man would one day about face.
Thru salted tears I visioned Africa, my heart, my land, my home
where I was King and saw my Queen on top a sapphire throne;

where sunbaked Pyramids on glistening sand
testify the endurance of God in Man,
where temple priests of rank and file
poured knowledge in our minds on the banks of the Nile.

The maternal Love in the eyes of our Sphinx
was civilization’s progress watched link by link.
These are but a few in our Chain of Fame
when over the sea the Ocean Devils came.

And ‘tho Time chews events and men then swallows,
It digests the pasts of great tomorrows
while gobbling the morsels off future trays
and the crumbs of magnificent yesterdays.
So know that the genes that did make me
and the ones that now make you
are endowed with survival strategies spanning
thousands of centuries true.

For I am the ancestor anchored within
speaking heart and mind and sanity
that one fight is the death of all attempts
to dwarf our Humanity. 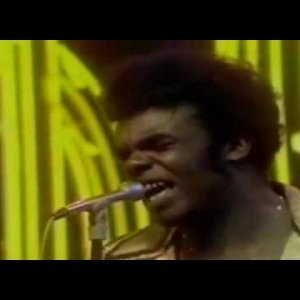 daroc
It's been a good while, but this place has always been home. Thankful to be here.
Yesterday at 11:17 AM •••