We are broadcasting this week from Durban, South Africa, where critical talks on fighting climate change have entered their second week. Key issues at the United Nations Climate Change Conference, COP 17, remain unresolved, including the future of the Kyoto Protocol, the international treaty with enforceable provisions designed to limit greenhouse gas emissions. Delegates are also debating how to form a Green Climate Fund to support developing nations most affected by climate change. We begin not inside the summit, but out in the streets of Durban, where thousands of people marched on Saturday calling for climate justice. "We are here to send a solid, strong message, simple message to the leaders and negotiators at the climate change conference that this is no time to play around," says award-winning Nigerian environmental activist Nnimmo Bassey. "This is a time for a real commitment to cut emissions, a legally binding agreement to cut emissions, as such that rich, polluting countries should understand that their inaction…will destroy the planet… We can’t accept that."


AMY GOODMAN: We’re broadcasting live from Durban, South Africa, where critical talks on fighting climate change have entered their second week. Key issues here at the United Nations Climate Change Conference remain unresolved, including the future of the Kyoto Protocol, the international treaty with enforceable provisions designed to limit greenhouse gas emissions. Delegates are also debating how to form a Green Climate Fund to support developing nations most affected by climate change.
Meanwhile, the Obama administration is coming under intense criticism for its refusal to agree to legally binding emission cuts until at least the year 2020, despite growing scientific evidence about the worsening climate crisis. The Global Carbon Project has just revealed global greenhouse gas emissions jumped 5.9 percent in 2010 and have soared nearly 50 percent since 1990.
We begin today’s show in the streets of Durban. On Saturday, more than 5,000 people marched, calling for climate justice. These are some of the sounds and voices from the streets of Durban, South Africa.

NNIMMO BASSEY: I’m Nnimmo Bassey, Friends of the Earth International. We are here to send a solid, strong message, simple message to the leaders and negotiators at the climate change conference that this is no time to play around. This is a time for a real commitment to cut emissions, a legally binding agreement to cut emissions, as such that rich, polluting countries should understand that their inaction, the so-called cooking up of a Durban mandate, will destroy the planet, will cook Africa, and will put poor, vulnerable people in jeopardy. We can’t accept that.​
MIKE BURKE: What is your message to the U.S. delegation?​
NNIMMO BASSEY: The U.S. delegation should understand that the citizens of the United States are not living on a separate planet. We have only one planet. And it’s important that the delegation from the U.S. should stop stopping global action against global warming. They have done this from 1997. They can’t keep on bullying the world. If they don’t want to act, they should get out of the convention. Simple message: we can’t allow this any further.​
ELISABETH MPOFU: My name is Elisabeth Mpofu, a small-scale farmer in Zimbabwe, in the central part of Zimbabwe, Masvingo province. I’m at a member of an organization called Zimbabwe Small Organic Farmers’ Forum. And now, what brought me here is because of the COP17, which is being held here in Durban, where our governments are meeting and trying to sign some agreements, but we are against some of these agreements because they are a very big challenge to our farming processes, especially when we are talking of carbon marketing, which they are intending to sign, to agree. And we say we are totally disagreeing with that decision. And now, all these people are here today. Some of them are landless people, so they are also fighting for their right to get their land, because some of this land within our countries is being given to the investors, the multinational, transnational corporations, the transnational corporations which are coming to invest in our countries, yet the poor remain the poor. We are not benefiting anything. So we are on our way to the international conference center, where we want to send our message, to pass our messages.

by Stephen Leahy
DURBAN, South Africa - No one is happy late Friday at the very contentious U.N. climate talks that went into extra time on Saturday. As the lights flicker on a rainy night here, the partial power failure echoes the failure of the multilateral process, according to civil society and some countries.

Protesters rally in Durban on Dec. 3, 2011. This COP is a" disastrous failure", said Praful Bidwai, a political columnist and social scientist from India who has just published a book on the politics of climate change. It would be far better for the talks to collapse than to cobble together a "greenwash deal" that pretends to be addressing the climate crisis, he added.(Credit:IPS Africa) "If countries agree to the text as it stands, they will be passing a death sentence on Africa," said Nnnimmo Bassey, chair of Friends of the Earth International and a Nigerian activist.
And yet African countries and other vulnerable countries might go along because they will be bullied or bribed, said Bassey.

When Bolivia stood up to the United States at the Copenhagen climate meet in December 2009, Washington pulled its development aid the next year.

"Delegates must show that they care about the devastation across the continent and small island states .... or are they going to yield to arm twisting because a few dollars are being hoisted about," Bassey said.

So far African countries are not blocking an agreement, he told IPS.

Thursday night, a select group of ministers and senior delegates from 28 countries met until four a.m. to work on the key components, but failed to reach a consensus. The following day, when all countries began to review the details, wide disagreements arose over many of the same issues.

The initial commitment period of the Kyoto Protocol, under which 37 industrialised nations have committed to an average of five percent carbon emission reductions compared to emission levels in 1990, will expire at the end of 2012.

"Countries won't agree to a second period of the Kyoto Protocol until the next COP (conference of parties)," said Pablo Solon, former U.N. ambassador from the Plurinational State of Bolivia and former chief negotiator at the Cancun COP 16, the last meeting prior to Durban.

"Kyoto will lose its heart...it will become a zombie," said Solon, who has seen the confidential details that weren't released publicly until late Friday night.

Countries will "only take note" of the science-based need to increase their emission commitments well before 2020. In addition, the key phrase "legally binding agreement" that nearly every country wanted is absent, he said.
http://www.commondreams.org/headline/2011/12/10-0 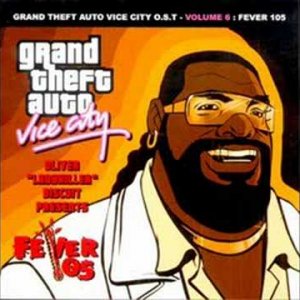