Black People : This Is Not A Rhetorical Question

This Is Not A Rhetorical Question But Is A Inquiring One, Where Is The Black Nationalist Pan Afrikans?

Let us get one thing straight, what you are observing going on in America right now ain't about your Black behind, you just was used to shielding the true purpose of what you are looking at that is happening in America, George Floyd is just an after an act of concern, so hell yes, my question is why is their action that resemble the sixties but is not about sixties concern which is systemic Racist unjust prejudice discrimination of Black Afrikans in America not by choice and in the world in general, being Black and ostracized and lied about our Blackness being a sign of our being inferior to white people.

This ain't about you negro, you have your superficial civil rights and you are satisfied with your phony *** position in America and the world, Afrika is not your concern as it is made to look as if it is suspended in a time warp, yet Afrika is the queen of this planet earth being treated like the people who first kissed mother Afrika surface, our Ancien of Ancient Cosmic Divine Black Afrikan Universal Beings with Universal intelligence knowing what God Is.

Again I ask and I am sure Garvey is asking as well because I am possessed with the spirit of Garvey, which qualifies me to be a descendant of Black Nationalist and Pan Afrikanism which verify the nationalist connection I as a Black Afrikan Nationalist live and function having a Mental and spiritualist connection to Mother Afrika!!!

All Black is Beautiful Black Nationalist Pan Afrikans are patriotic to Mother Afrika, I am not a Black American, my presence in America is not my choice, so how in the hell can I be an American against Chattel Enslavement I did not request to be grandfathered into being a citizen of America, the criminal that caused Chattel Slavery to be a Demon institution our Afrikan Ancestors was forced to reside in against their will and your Black behind can skin and grin in America while America is the criminal whose very core of its social, economic, political, religious structure is Racist and prejudice without just cause against the primary people who reside on mother earth, Black Afrikan people.

When you are being held confined in America Demanding not Freedom, Justice and Independence, you place your self in a subservient position to those oppressing you, and today, there are Negroes who seek favor from white Americans, being with hope and no aggression to be with determination to demand the freedom, justice, and independence our Enslaved Afrikan Ancestors has earned for all Black Afrikans who are proud to be Black with a desire to be in Afrika and there is no compromising the meaning and purpose our Enslaved Ancestors who has earned the Reparation/Repatriationis to be used for, not any and everywhere Black Afrikans are, but to be used to be free in Afrika.

It is killing Black Afrikans season in America, and it is the negro integrationist/assimilationist that is taking charge in vocalizing a civil rights protest for social change for Black Afrikans in America, nowhere visible is the Black Nationalist Pan Afrikan demanding what represent Freedom and Justice for Black Afrikans away from America pointing the way home to Afrika where the center of Black power reside.

The Black Nationalist Pan Afrikan has gone to become invisible in America, no longer do they lift the voice of Black, self-determination, Reparation/Repatriation to be in Afrika with power, it is as if the Black Nationalist Pan Afrikan has surrendered the right to be Free in Afrika to the negro integrationist who is yelling for just social change and to live better in America is the goal of the civil rights protesters.

Again, here I am witnessing a Time and an event of injustice being hijacked by those who have not Freedom as a goal in their act of protest while more Black Men are being Murdered by members of Law Enforcement and no News of those events are visible broadcast on the evening news, yet the negro integrationist makes the claim that Black Life Matters, when in fact it does not, not enough to demand Black Afrikan Freedom, Justice and Independence.

The protest is nowhere to be found, Antifa and other splinter groups are in charge and control of the action being visible to you using George Floyd as a cover put into action to excite the masses of white Americans to join in overthrowing the present economic system the far-right political party members fight to preserve, you are witnessing a battle for a chance to and in American which has nothing to do with your Black behind.

The change needed by the Afro-descendants is not based on hope, faith, and want but on Revolutionary action that is going to collect our Enslaved Ancestors Reparation/Repatriation, Freedom in Afrika!!!

So I ask again Black Woman And Man, Nationalist Pan Afrikans you must be, What Time Is It???!!! 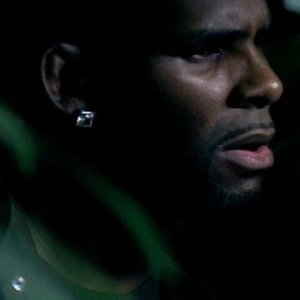