Black People : Thinking Proactive, is a sin against White Supremacy

Garvey's ideologies and plans, not just the back to Africa but his plans for Black Nationalism right here were attacked by Hoover;

The Nation of Islam's ideology of Do for Self, that they encouraged all African Americans who were not members was also attacked;

And the Proactive aspects of the Black Power Movement were attacked as well
http://www.stanford.edu/group/blackpanthers/programs.shtml

But inspite of the many attacks on Slave Rebellions those Rebellions continued, so why does it seem that this generation has no focus on any Proactive solution or ideology in the past 30 years?

Seems like the only focus is wait for an ambulance then chase it, then wait for the next incident of a child getting murdered or other police brutality then react for that for a minute, then ....
back over again,
we get mad for a few months march, protest, then forget

without any national plan for a "next time"

It''s simple really, we no longer think as a group. We have all become responsible only for ourselves. It's the new Yankee way, fend for oneself. It's not going to change any time soon, till we have too.

You do yours, I'll do mine.
El Navegador

Corvo said:
It''s simple really, we no longer think as a group. We have all become responsible only for ourselves. It's the new Yankee way, fend for oneself. It's not going to change any time soon, till we have too.

That is sad! Then cause as a Capoerista, not only do you think Pan Africanly, you also view the future of our people globally, as one who is well aware of chess, and can envision what happens to those who will not create a collective, for the benefit of their progeny.
When I was on the mat, in the dojo, as a youth or in the kwoon as a young adult I felt proud to be one of many, not just locally but nationally. Nowadays one hardly ever sees a Karate or Kung Fu school in a Black neigborhood! It has become as rare as Proactive thought and conversation nowadays!

Any movement that centers around a specific ideology is going to fail, because getting black people to agree on a general ideology is like herding cats. If there's one thing that's true about an ideology it's that you're always going to alienate other groups within the black community.

Blacks who aren't religious are not going to get too involved with anything the NOI nor the Christian church is advocating. Many Christians probably think the same about the NOI and the non-Religious. And as "Corvo" said, there are many people who believe "You should do yours, and I should do mine." For an example I would point to A. Philip Randolph who had to use "Christian rhetoric" he learned in the church to garner support from African American Christians because he was an atheist and felt he couldn't get support without doing so.

There are three things people will actively respond to, all of which have to do with fear: fear of God, fear of being poor, and the fear of death. An example of the "fear of death" would be the Trayvon Martin case. Blacks are participating in rallies precisely because they're outraged that these laws essentially give people the legal right to murder another citizen. Since African Americans are going to be targeted the most, they're in fear for their children and themselves, I think rightfully so.

The fear of God causes people to throw endless amounts of money into churches to erect monuments for their chosen deity. They throw money into charity as well, granted, but most charity doesn't actually get into the hands of those who need it. I can't post links yet so you're going to have to Google: "Only a third of charitable contributions go to the poor".

The civil rights movement happened because there was adequate fear of bodily harm and the fear of being hindered economically by a system that preserved white supremacy, and in many ways still does today.

You would think that with black unemployment being so high that we could easily come together and organize, but apparently we're not fearful enough, because people are still content to say "you do you, and I'll do me." Everyone is stuck in ideological stances.

We can eliminate the fear of God as an option, because like I said, it only serves to alienate other groups of the already fragmented black community. We can focus on the fear of perpetual poverty and the fear of death. Lets be honest, we're witnessing the slow decay of our communities. They've been decaying for several decades. It has been a true failure of our community and its leaders to forge a route to future prosperity. Our people are increasingly suffering from poor health and poor education. So, what's the path? Who's going to lead and who will follow? The old ideas won't work, we need new thinking.

This was just something I needed to get off of my chest. 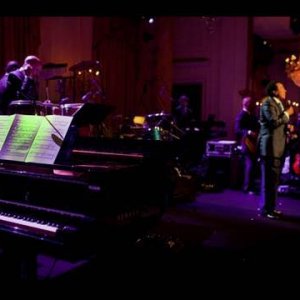