Black Spirituality Religion : "There will never be a Black American President." Guess who said that...

IntuitioninMD_2 said:
I really do not know what you are talking about anymore.

I can make a good guess about your opinions

To get back to the thread..... I know and believe there will be another Black President...that represents the entire country...like Obama.

I think the biggest difference will be in a different party.

We are just not crazy conservatives.

The democratic agenda has become an agenda for LGBTQI and Hispanic/Latino issues ( even though many of them are conservative too).

Yes, I have never met a pure white or pure Black person. PEOPLE GENETICALLY DO NOT REPRESENT ONE RACE, WE USE RACE IN POLITICAL TERMS. BUT, SOME PEOPLE ARE IGNORANT AND DO NOT UNDERSTAND THAT DIFFERENCE. This is one of the reasons they sometimes have on check your race...not of Hispanic origins.

What we will never have again is an OPEN RACIST PURE WHITE MAN....that just doesn't exist. There are a lot of racist white men, but they are not pure white...because that does not exist. Plus, White people (white men)...whatever that is ....is ACTUALLY the minority in this country already.

My husband is a White Man, he does not care if he is pure white or not...which he is not.

to be pro black doesn't make us anti white

Remember, when Hillary thought she was going to be the first minority president. If she does not grow a SERIOUS BACKBONE SHE WILL NOT GET MY VOTE.

Now, if Ben Carson gets the Republican Nomination, he will get my vote and be another Black President.
Click to expand...

this was and is about our standards etc

chuck said:
this was and is about our standards etc

Please just let me know what population you represent and what are the standards.

chuck said:
this was and is about our standards etc

Please just let me know what population you represent and what arethe standards.

I sincerely want to know and understand.

both reflect who ushered them into their circles etc

as in whose whose ancestors were already here

Black Spirituality Religion : ✔Surprising Facts about Black Women you will never be told
6 7 8

S
Black Spirituality Religion : THE MOST SATANIC SONG YOU ALWAYS HEARD BUT NEVER THOUGHT WAS!!!

Black Spirituality Religion : So many lies, but this one is true! - Jesus Never Existed
7 8 9 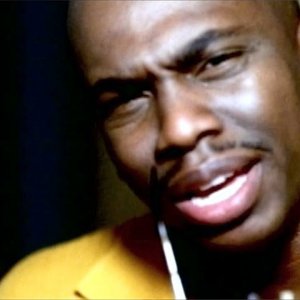