Black Spirituality Religion : There will come Another who will Speak a Different Doctrine

As I recall that is a statement given to those who were under the Law Doctrine of Moses and was to serve as an indication that there would be one that is to come with a New Doctrine, which is a reference to the coming of the Jesus Doctrine. I think you know where you can find that info.
Click to expand...

I don’t think that is recorded in the Old Testament. You can listen to any doctrine one desires as long as one is not pulled away from serving the Supreme Being.

Jer:17:5: Thus saith the LORD; Cursed be the man that trusteth in man, and maketh flesh his arm, and whose heart departeth from the LORD.

When we started worshiping dead kings and queens over the Supreme Being we became cursed and sold ourselves to our enemies because it was through our worship of humans that the Romans tricked us into worshiping them as demigods. This is how we came to worship, beg and honor the white man today, some even accrediting them for writing, creating and manifesting the entire concept of Monotheism.
Shame, shame, shame on those of us that rip the concept of GOD from our ancestral hands to say middle aged Europeans created it instead of our ancestral Africans.
Shame,
Shame,
Shame,
Because all of that is a great evil. White folks have got several of us fighting for them against us, something very wrong with that picture.

Once again, question evasion……you were being untruthful when you said this was recorded in the Bible……

There will come Another who will Speak a Different Doctrine


You are playing the Old Testament as if it is the doctrine of lies and deception……..

Is it the Doctrine of Truth and Reality against the lies and deception?
Click to expand...

Beloved MP, I am moving on.
Click to expand...

You will never move on because it has become your nature in attempting to destroy the Doctrine of GOD.

I will leave you to your devices.

D
Black Spirituality Religion : Another spin on our ancestors accepting Christianity so to speak 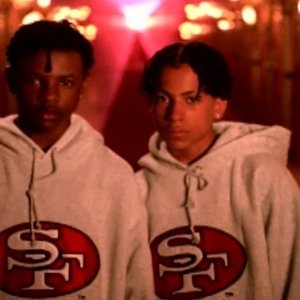