Black People : There is, no powers conferred on the Federal Government so Liable to Abuse as the Taxing Powers.

He was so despised and hated. They put him on the twenty dollar bill because he wanted nothing to do with the rag called the paper dollar. He dismantled the banks twice.

The democrats Jack-*** came about because they called him one so often ( Jackson reduced to Jack-*** ) the term stuck and remained the mascot of the party.


The Democratic donkey and Republican elephant symbol history and ... Ever wondered what the story was behind these two famous party animals? The now- famous Democratic donkey was first associated with Democrat Andrew Jackson's 1828 ... His opponents called him a jackass (a donkey), and Jackson decided to use ...the image of the strong-willed animal on his campaign posters.
Click to expand...


There is, perhaps, no one of the powers conferred on the Federal Government so liable to abuse as the taxing power. The most productive and convenient sources of revenue were necessarily given to it, that it might be able to perform the important duties imposed upon it; and the taxes which it lays upon commerce being concealed from the real payer in the price of the article, they do not so readily attract the attention of the people as smaller sums demanded from them directly by the tax gatherer. But the tax imposed on goods enhances by so much the price of the commodity to the consumer, and as many of these duties are imposed on articles of necessity which are daily used by the great body of the people, the money raised by these imposts is drawn from their pockets. Congress has no right under the Constitution to take money from the people unless it is required to execute some one of the specific powers intrusted to the Government; and if they raise more than is necessary for such purposes, it is an abuse of the power of taxation, and unjust and oppressive.
Click to expand...


Recent events have proved that the paper-money system of this country may be used as an engine to undermine your free institutions, and that those who desire to engross all power in the hands of the few and to govern by corruption or force are aware of its power and prepared to employ it. Your banks now furnish your only circulating medium, and money is plenty or scarce according to the quantity of notes issued by them.

In presenting to you, my fellow-citizens, these parting counsels, I have brought before you the leading principles upon which I endeavored to administer the Government in the high office with which you twice honored me. Knowing that the path of freedom is continually beset by enemies who often assume the disguise of friends, I have devoted the last hours of my public life to warn you of the dangers.

We are not left to conjecture how the moneyed power, thus organized and with such a weapon in its hands, would be likely to use it. The distress and alarm which pervaded and agitated the whole country when the Bank of the United States waged war upon the people in order to compel them to submit to its demands can not yet be forgotten.

The ruthless and unsparing temper with which whole cities and communities were oppressed, individuals impoverished and ruined, and a scene of cheerful prosperity suddenly changed into one of gloom and despondency ought to be indelibly impressed on the memory of the people of the United States.
The necessity of watching with jealous anxiety for the preservation of the Union was earnestly pressed upon his fellow-citizens by the

Father of his Country in his Farewell Address. He has there told us that "while experience shall not have demonstrated its impracticability, there will always be reason to distrust the patriotism of those who in any quarter may endeavor to weaken its bands;" and he has cautioned us in the strongest terms against the formation of parties on geographical discrimination's, as one of the means which might disturb our Union and to which designing men would be likely to resort.

In reviewing the conflicts which have taken place between different interests in the United States and the policy pursued since the adoption of our present form of Government, we find nothing that has produced such deep-seated evil as the course of legislation in relation to the currency.

The Constitution of the United States unquestionably intended to secure to the people a circulating medium of gold and silver. But the establishment of a national bank by Congress, with the privilege of issuing paper money receivable in the payment of the public dues, and the unfortunate course of legislation in the several States upon the same subject, drove from general circulation the constitutional currency and substituted one of paper in its place.
It was not easy for men engaged in the ordinary pursuits of business, whose attention had not been particularly drawn to the subject, to foresee all the consequences of a currency exclusively of paper, and we ought not on that account to be surprised at the facility with which laws were obtained to carry into effect the paper system. Honest and even enlightened men are sometimes misled by the specious and plausible statements of the designing. But experience has now proved the mischiefs and dangers of a paper currency, and it rests with you to determine whether the proper remedy shall be applied.
The paper system being founded on public confidence and having of itself no intrinsic value, it is liable to great and sudden fluctuations, thereby rendering property insecure and the wages of labor unsteady and uncertain.

The corporations which create the paper money can not be relied upon to keep the circulating medium uniform in amount. In times of prosperity, when confidence is high, they are tempted by the prospect of gain or by the influence of those who hope to profit by it to extend their issues of paper beyond the bounds of discretion and the reasonable demands of business; and when these issues have been pushed on from day to day, until public confidence is at length shaken, then a reaction takes place, and they immediately withdraw the credits they have given, suddenly curtail their issues, and produce an unexpected and ruinous contraction of the circulating medium, which is felt by the whole community.
The banks by this means save themselves, and the mischievous consequences of their imprudence or cupidity are visited upon the public. Nor does the evil stop here. These ebbs and flows in the currency and these indiscreet extensions of credit naturally engender a spirit of speculation injurious to the habits and character of the people. We have already seen its effects in the wild spirit of speculation in the public lands and various kinds of stock which within the last year or two seized upon such a multitude of our citizens and threatened to pervade all classes of society and to withdraw their attention from the sober pursuits of honest industry.

It is not by encouraging this spirit that we shall best preserve public virtue and promote the true interests of our country; but if your currency continues as exclusively paper as it now is, it will foster this eager desire to amass wealth without labor; it will multiply the number of dependents on bank accommodations and bank favors; the temptation to obtain money at any sacrifice will become stronger and stronger, and inevitably lead to corruption, which will find its way into your public councils and destroy at no distant day the purity of your Government.
" If you know something is wrong or bad. 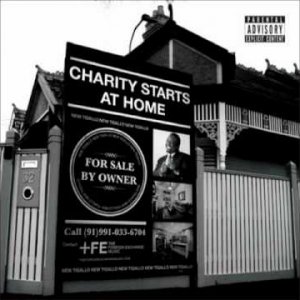