All Descendants Of Enslaved Chattel Slavery Ancestors Are Not Alike And There Needs To Be An Acknowledgement Of That Reality Difference!!!

I do not subscribe to the notion that the Majority revealing their opinions are always right and that the majority should always be the ruling authority, it is empirically facts that are in association with what should be deemed to be Divinely true and that combination of reliability is what verifies What God Is and what all Living things should be with the ability to acknowledge such Divine Truth and Reality, such determine the quality of Mind that is in action with the physical body and is what cause the revealing of the body performance.

So all who make claim to be against Racism and Unjust Prejudice against Black Afrikans in America is not qualified to have such an opinion regarding such unethical behavior that is willingly and freely acted out against Black Afrikan people by white people and their crime committing racist surrogates including those Black Now Americans who no longer deserve to be identified with our Enslaved Afrikan Ancestors today.

Anybody with a Mind that Thinks knows that all Black Afrikans who are descendants of our Enslaved Ancestors will and do not have a want to return to Afrika, regardless of what the circumstance might be, so the call with Demand of payment of the Reparation/Repatriation that is owed to our Enslaved Ancestors do not cover nor include the now Black Americans for they have converted to conform to be continued property owned by white Americans.

There must be a plebiscite vote to be taken among Black Afrikans in America not by choice in order to determine who the Black Afrikans Afrika Nationalist Pan Afrikans are in America and they are with a desire to return home to Afrika with the Reparation/Repatriation America owe to our Enslaved Ancestors.

If you are Black and is in America not by choice and Freedom is the goal of such thoughtful Black Afrikans who do not identify ourselves as Black Afrikan Americans, then you have been kept from hearing from Black Afrikan Nationalist Pan Afrikan Garveyites in the same way that lying white racist have Black Americans to be exposed to white Americans difference in how they believe America will be much better being Govern by changing the present America Social-Economic System.

Let me share my state of Mind again with you about the America system of Governing and her racist spirit been and is being acted out against Black Afrikans in America, I care less than a **** if by some strange miracle America white Racist behavior would disappear my objective does not change which is to return to Afrika with our Enslaved Ancestors Reparation/Repatriation, meaning that my Afrika patriotism remains unbroken!!! 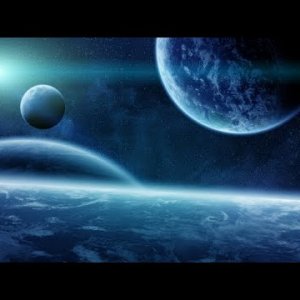